In praise of conservatism

In the past few hundred years, every revolution has caused much more harm than the evil it sought to eradicate. Perhaps the conservative is on to something after all, writes Rajesh Kasturirangan.
29 August 2009 -

The term conservative is a curse word in progressive circles. It conjures up an image of old white men smoking cigars in a dimly lit room while conspiring to keep everyone else out of power. Our modern understanding of the word is essentially ideological, i.e., based on the political or social beliefs of a person. Even this seemingly simple understanding of the term starts to become complex once you query it a little bit, for ideological conservative means different things in different places.

In the United States, a conservative is a person who believes in capitalism, gives priority to business interests over labour, and more recently, holds certain kinds of Christian beliefs. In China, it might be the exact opposite, which is to say, a person who believes in total state control over production, and is an atheist. Indian conservatives - readers of this magazine are likely to think of RSS pracharaks or VHP activists - are a combination of the American and the Chinese models. Indian conservatives hark back to a certain ideal of Indian religious identity, while being sceptical of big business (though the political party they spawned is not so squeamish about corporate money).

The Chinese, American and Indian examples show that ideological conservatism is far from being a uniform concept; it has more to do with comparing the ideology of a person with her society's status quo than with establishing a uniform standard the world over. Consequently, it is a rather useless concept for the purposes of analysis. Like two other related concepts - fundamentalist and liberal - conservative means so many different things that it becomes impossible to generalise the term from one society to another. 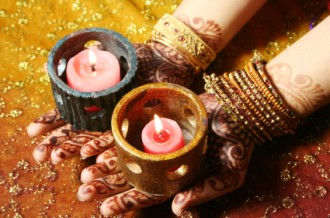 In the United States, a conservative is a person who believes in capitalism, gives priority to business interests over labour, and more recently, holds certain kinds of Christian beliefs. In China, it might be the exact opposite. Indian conservatives hark back to a certain ideal of Indian religious identity.

Nevertheless, the close relation between ideology and nation-state formation in the 20th century made turned these into terms that everyone uses, even if in different ways. As a mental map of the political landscape, the words conservative and liberal tell us something about the position of an individual in the larger scheme.

The primacy of ideological conservatism has masked an older, psychological meaning of the term conservative, which is not tied to beliefs about the organisation of capital and labour but more a way of living. Psychological conservatism is a mental attitude that is suspicious about rapid change and the complete overthrow of tradition; an attitude that favours deliberation, argument and dialogue over violent revolution. In this psychological classification, Barack Obama is the conservative and George W Bush the radical. Closer home, the Gandhian independence movement was conservative - for which reason it was excoriated on the one hand by Indian communists for being in the pay of the imperialists and on the other hand by Ambedkar for not being sensitive enough to caste relations.

But psychological conservatism does have its advantages. I think it is based on a fairly realistic account of the human animal. While visionaries everywhere have imagined social utopias, human nature is far less plastic than they expect. We may not be as fixed in our behaviours as nematode worms, but we are nowhere near the infinitely creative souls that intellectuals, poets and prophets would like us to be. If the revolutionaries' view of change in human nature is radical, the conservative's view is alchemical.

By alchemical change, I mean change that requires long years of practice within a human being's life, or as is more likely, multiple generations. Human history shows that moral and social change takes place on a time scale of centuries, not years or months. For that reason, a psychological conservative needs to be more self-assured than a radical. A radical can be personally insecure while fervidly believing in a golden sunset for all of us. A psychological conservative knows that the horizon is too far for a single human being living a single human life, so she needs to have the courage to see her dreams only partially fulfilled.

It is this quality of courage and assurance that stands out in Socrates and Gandhi, two similar political figures from different historical eras. They both stand for deliberation and the public use of reason and an 'idea of justice' defended by dialogue rather violence. In other words, they stood for everything that is alchemical rather than radical. They both lived in times that were racked by violence - the ruinous wars between Athens and Sparta in one case, and the world wars and partition in the other. Both were accused of not being xenophobic enough - note that blood, ethnicity and soil are not conservative virtues, they are radical ideas, used very effectively by that most radical of regimes, Hitler's Nazi Germany.

Both Gandhi and Socrates were killed by radicals, by people who preferred violent prophecy over due process. The 20th century is replete with massacres and genocides organised by revolutionaries who thought that violence was the necessary prerequisite for a utopian society.

From state to individual

More controversially, we can also say that certain ways of organising human life are revolutionary even when they seem innocuous. In my opinion, development is one such wolf in sheep's clothing. What else can one say about a doctrine that allows us to build large dams and displace millions of people in the name of progress? If this is not radicalism, what is? For this reason, I believe the post-independence Indian state has been far more radical than one usually imagines, and here, state policy has become individual psychology.

In my previous article, I talked about the influence of individual psychology on national decision making, but the opposite is also possible. When it comes to radicalism in India, the arrow of causation has gone from state to individual. During the first few decades after independence, our middle classes were small and psychologically conservative. For better or worse they did not want rapid change in their lives; the infamous "Hindu rate of growth" has a solid psychological basis. By the end of the twentieth century, the radicalism of the state was internalised in the form of a radical outlook on part of the whole middle class. We are all developmentalists now.

To take one example (and I am not implying any kind of moral parity here), the two M's that rose to power at the end of the twentieth century - Manmohan and Modi - are both standard bearers of developmentalism. The technocrat is a radical with an innocent demeanour, a deadly combination. To be labelled anti-development is to become a political pariah. Everyone wants instantaneous change, and since our nation is too large and too poor to change quickly, those who have the money and power are enclosing themselves in little enclaves where they can institute all the changes their hearts desire. Or else, we exert violence against whoever we think is preventing us from realising our manifest destiny. Radicalism is leading to the destruction of the commons.

I hope we have the sanity to realise that radicalism is not going to work for a country the size of India. We are an old civilization, one that can draw on deep reserves while working out its destiny using essentially moderate means: debate, disagreement and democracy. Every time I see these forms of public reasoning being thrown out - the nuclear deal being a prime example; not even a pretence was made of informing the public of what it was really about - I see a revolution palming itself off as a public good.

A psychological conservative is always suspicious of revolutions. The history of the past few hundred years has shown that every revolution, whether in the name of the white man's burden, liberty and fraternity or people's power has caused much more harm than the evil it sought to eradicate. Perhaps the conservative is on to something after all.