With the government firmly in ostrich mode on issues of internal security, and the external situation appearing more complex than our laid-back approach can handle, India awaits its Abhimanyu, writes Firdaus Ahmed.
27 August 2008 -

The year started off with the promise of virtually ending up as an election year. And almost on course, the break-up of the coalition took place, paving the way for the expected polls. But even a week is a long time in Indian politics, and things have changed considerably since then. And now, the security situation alone should lend pause to any talk of elections soon.

A mid-year security round up would reveal India is living through 'interesting times', in the Chinese sense of the term. Globally China has unmistakably announced its arrival by bagging a higher haul of golds at the Olympics than the United States. In the Caucasus, Russia has made it clear that it has not faded into history as a 'has been' global power. The developments in the Indo-US nuclear deal clearly indicate which side India will be on in the coming contest for global primacy. The Global War on Terror (GWOT) in the region is set to escalate. All regional states are in various stages instability arising from state transformation. There is status quo in the two strategic dyads - India-Pakistan and India-China - meaning there is no headway being made in the peace processes underway, nor the likelihood of any.

Internal security has received a grave setback with the 'Indian Mujahedeen' entering the scene as a player. Kashmir is boiling over, with Jammu keeping pace for the first time. Left Wing extremism has from time to time demonstrated its ability to break into the headlines, but since it never stays there long enough, one can safely conclude that the current neglect can continue without imperilling security unduly. The North East remains a cauldron, with the ULFA outfit that has come over-ground in Upper Assam able to go about making its anti-immigrant case more openly and with greater consequences for the future.

And rounding off the picture is a notable trend in security management in which parochial forces are permitted to get away with violence for want of professional policing. All in all, on the security front, it appears to be business as usual on the security front, and peace is firmly beyond the horizon. What this sobering picture portends depends largely on the approach the Indian state adopts. 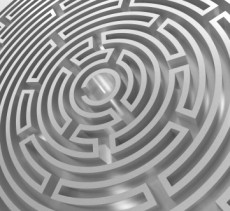 Kashmir has emerged from a period of improved security indices to resoundingly negate the notion that the situation is under control.

First, the Indo-US nuclear deal. It is an index of the developing 'strategic partnership' between India and the US. While narrowly concerned with future energy security, its larger implications are clearly to do with future Indian strategic autonomy. This has been discussed in terms of restraints or otherwise on India's nuclear deterrent. However, there being no free lunches, particularly in the American scheme, the payback time for India would arise when the US comes head-to-head with its challenger China for determining the global pecking order. Should the deal be part of a wider China-containment strategy, India would do well to be wary of the foreign policy implications.

At the regional level, the GWOT is at an impasse caused by the developing stalemate in Afghanistan. It is likely that the war will only escalate, with both sides seeking to prevail. Post-Musharraf uncertainty in Pakistan is keeping the US-led GWOT guessing on the outcome of operations against Taliban and their Al Qaeda guest fighters. The Pakistani army is acting against militants in tribal areas, with the blowback a series of suicide bombings in the Pakistani hinterland. It can be inferred from the increase in firing along India's Line of Control with Pakistan that India is part of the grand design to pressure Pakistan into pursuing counter terrorist operations on its side of the Durrand line with greater conviction.

In this connection, it is also said that India must be militarily proactive in protecting its own strategic interests in Afghanistan, especially in the face of ISI-sponsored bomb attacks such as the one on our embassy in Kabul. Such seemingly far fetched commentary is mainstream now in having eminent votaries such as Dr Manoj Joshi. The threat feared is that any reversal in the GWOT would in turn result in heightening of the Kashmiri insurgency and perhaps even be a motivation for the 800 jihadi 'sleeper cells' by the count of the National Security Advisor - across India. It would also place India in the US camp, and attract anti-Americanism-prompted disdain and the gratuitous attention of the global radical Islam.

Kashmir has emerged from a period of improved security indices to resoundingly negate the notion that the situation is under control, and more importantly, that it need not be addressed pro-actively. Activist Arundhati Roy, reading the sentiment accurately, writes, "India needs azadi from Kashmir just as much as - if not more than - Kashmir needs azadi from India."

But the dominant voice is that of the doyen of strategists now in his declining years, Mr Subrahmanyam, who cautions "Don't let them leave". His logic, echoed by no less a perceptive observer of the Indian minority question, M J Akbar, is that it would lead to a second bloodbath in the rest of India to rival the Partition. The portents of this is in the minor incidents of violence, such as in Indore, that attended the country-wide bandh called by right-wing groups seeking to profit from the situation.

This is a denouement that the Indian Mujahedeen would revel in. It has voiced its manifesto in over six emails it has sent. These are deliberately provocative in content, and along with the manner of terrorism resorted to such as targeting hospitals, are designed to generate a majority backlash. The group could profit from the outcome in terms of additional recruits and creating the very conditions of insecurity of the minority that it claims to be seeking vengeance for in first place. If the Indian minority identity is equated with radicalised Islam globally, the circle of induced self-destruction would be complete.

Against these pressing issues, long-festering situations such as those in Central and North-East India have unfortunately been temporarily eclipsed. These constitute existential threats and consume innocent lives. They are doubly disadvantaged in being seemingly remote, physically and in the consciousness, from 'mainland' India. A military in control should imply that the situation be addressed politically. This is even the position of the military and is a cardinal doctrinal point in countering insurgency. However, the Indian state awaits the trickle-down effect of economic reforms to create the conditions in these areas for band-wagoning with the rest of India.

The 'ostrich' strategy is based on the logic - or illogic, really - that the demonstration effect of Indian political accommodation in one place would make internal conflicts elsewhere more difficult to tackle. But if there is one lesson to be learned from the way the Kashmir situation has come to climax this summer, it is that the government's counter insurgency 'strategy of exhaustion' has drained only itself, of physical, administrative and moral authority in virtually all areas of internal conflict. To repeat that blunder in Assam or Naxal areas would be calamitous for India.

Clearly, there is much to make the security community work overtime. Two approaches have been aired. India can either pro-actively grasp the opportunity of strategic collaboration offered by the US, and respond to the security challenges thrown up by it more directly. The other choice is to bide its time, and introspect on first developing the various power indices, such as bringing down levels of poverty from 40 per cent of the population - comprising one third of the worlds poor - according to the latest World Bank findings.

India awaits its Abhimanyu, the proverbial Indian voter whose wisdom has repeatedly saved the country.