If you want food security, why not have food coupons?

The Food Security Bill - a pet project of the UPA Chairperson, Mrs Sonia Gandhi - was passed during the term of the last Lok Sabha and carried with it huge financial implications. While the BJP may not have been a great fan of the programme in the first place, given the populist appeal of the premise, it was unwilling to tamper with it and indicated that the provisions of the law would be implemented all over the country.

The additional financial burden on the government arising out of the bill is estimated to be to the tune of Rs 20,000 crore and many economists have pointed out that implementing it at the present juncture, when the government treasury is not in the pink of health, may not be wise.

Nevertheless, the new government is set to provide rice at Rs 3/kg, wheat at Rs 2/kg and coarse grain at Re 1/kg to a vast majority of the total population of the country, as per the provisions of the bill. Each beneficiary will get 5 kg of foodgrains per month.

The Public Distribution System (PDS) would be the means to ensure that adequate food at these subsidised prices is available to the poor. To support the PDS in this task, the state needs an elaborate system of food procurement. The food thus procured will then have to be stored in Food Corporation of India (FCI) godowns.

Managing such a gigantic system of food procurement and distribution is a difficult task for any government. The task becomes all the more difficult when there are leakages in the system and prevalence of various corrupt and unethical practices.

What needs to be debated is whether the food security bill, in view of the above, may still be considered to be in the sustained interest of the nation. True, food grains will become available to about two thirds of the country’s population at highly subsidised rates. This will lead to an inevitable and hefty increase in the subsidy bill, but even this increase in the subsidy bill can be borne by the nation as long as it leads to food security for the people, as the supporters of the bill claim it will do. But the question is whether the bill will really bring about food security? 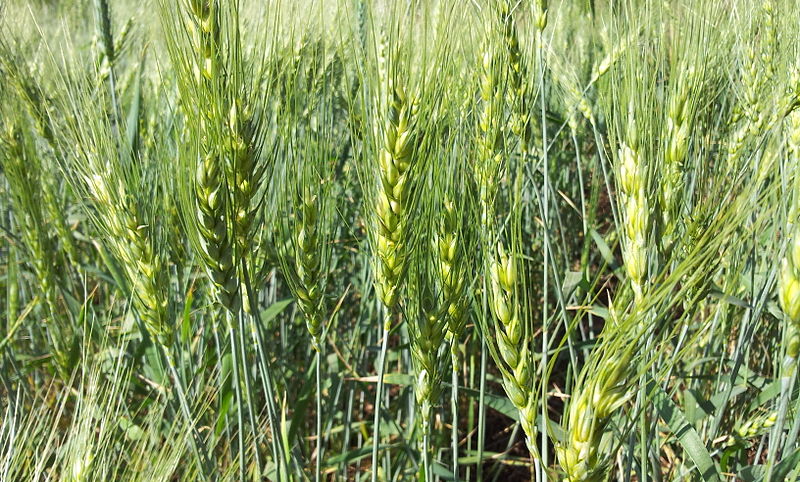 Wheat crop in a field in Maharashtra. Pic: Akshay P (via Wikimedia)

Let us make an objective assessment.

The bill seeks to distribute 5 kg of foodgrain per month to the target population at about one eighth of the actual cost of doing so. Under these circumstances, small farmers who produce grain primarily for self consumption will find it beneficial to buy food grains from the PDS at a small fraction of their cost of production, rather than produce the grain themselves. These small farmers will therefore stop producing food grains altogether and would prefer to use their small land holdings for some other purpose. The result will be an overall reduction in production of foodgrains in the country.

During these years of lower production, the government may have to take resort to large scale import of food grains. Such imports are going to be on unfavourable terms to our country because the size of such imports are going to be huge and international suppliers are likely to jack up prices substantially when they realise that India is going to enter the world food grain market in a big way. The result could be severe fiscal and balance of payment problems.

Moving away from the economics to the consumption angle, the bill provides for distribution of food grains only. Today, the food consumption basket of the Indian population has become largely diversified. People have started consuming large quantities of fruits, vegetables, milk, fish, and other animal products. The bill in its present form takes care only of the calorific requirement of the people. It fails to address the needs of protein and other nutrients of the population. Read thus, the bill is aimed at meeting basic food security, not the larger goal of nutrition security, which is the real need of a modern and emerging India, as against the needs of an India of a bygone era.

We are at a stage of development where the alternatives of cash transfers and food coupons could be a substitute to distributing subsidised food grains. Under cash transfers, cash will be distributed to the beneficiaries instead of food grains. This scheme can be made operational in all major towns and cities and also in rural areas which are not deficient in the production of food grains.

Actual distribution of food grains in kind under PDS can be restricted to the food deficit states: tribal, hilly and drought prone areas. Cash transfers can be linked to the Aadhaar initiative to help avoid the issue of duplicate ration cards among beneficiaries. Under this system, the consumer gets the right to choose the balance of his diet and at the same time, the need for maintaining a gigantic FCI with large scale food procurement and distribution is also eliminated.

Food coupons can be another means to ensure that subsidised food grain is available to the needy but again without the support of a gigantic food procurement and storage system. Under this system, instead of food grains, beneficiaries are distributed food coupons.

A major advantage of the system of food coupons is that under this system the Government need not procure the entire requirement of food grains for the PDS from the farmers directly; food distribution can still be in the hands of private traders and market forces can be allowed to operate.

The idea of providing food grains in physical form to about 75 per cent of the total population of the country under PDS is utopian and unviable. The entire system will collapse under its own weight. The sooner the new government realises this, the better it will be for the nation.

P V Rajeev has been an economist with the Government of India for 32 years. He has written 17 books and over 100 articles on economic, social, educational, political and international issues.