The denouement at Cancun wasn't all that different from Copenhagen. India agreed to take on binding emission cuts, while industrial countries did no more than make sympathetic noises. Darryl D'Monte reports.
19 December 2010 -

The outspoken comments of Environment Minister Jairam Ramesh, speaking on behalf the BASIC group of countries - consisting of Brazil, South Africa and China as well - conjures up a sense of deja vu. A little over a quarter of a century ago, then Environment Minister Kamal Nath was the scourge of the US administration in general - and senior President George Bush in particular - at the UN Environment Summit in Rio de Janeiro in Brazil. In the final analysis, however, Ramesh's bravado was merely a posture, while India and other emerging economies conceded ground at the Cancun UN climate summit without any quid pro quo.

After a somewhat low profile after arriving in this coastal resort in Mexico on 3 December, Ramesh chose a press conference of the BASIC countries on 6 December to give the US a piece of his mind. Among three "non-negotiables", he listed the need for fast start financing. Parodying the old quip about the Indian Civil Service, he said that the financing - $1.7 billion from the US only so far, out of a total of $30 billion promised by industrial countries at Copenhagen between 2010 and 2013 - was neither fast, hadn't started and hardly constituted finance. 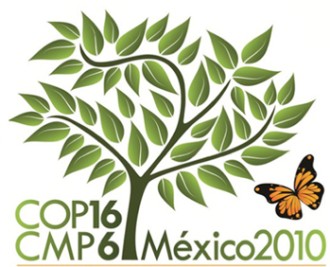 The distinct lines between commitments of industrial and developing countries were all but extinguished, with the Kyoto Protocol, where this principle is enshrined, getting a virtual burial.

•  How culture counts
•  Mis-steps at Copenhagen

"By any standards, the U.S. offer on emission reduction for 2020 is deeply disappointing," he said. "It's one thing being ambitious for 2050 when all of us will be dead but the real issue is ... are you going to be held accountable for 2020 mid term targets are very essential." Under the US plan, it will reduce its carbon emissions by 80 per cent from 2005 levels by 2050.

"We would certainly expect the United States to better its emission reduce commitments as well as its offer on fast-start finance," Ramesh said, pointing out that the offer of $1.7 billion, which he said "did no justice to the world's pre-eminent economic power."

After the press conference, he told journalists that if fast-track financing wasn't on, "we are getting nowhere. Country after country has spoken to me complaining that we are having problems getting funds from the fast-track window. If this lackadaisical approach to fast-track finance continues, it will not create conditions conducive to cooperative action."

At Cancun, one of the most hotly-debated issues was the agreement known as ICA - On International Cooperative Action on climate change, on which Ramesh wrote to President Obama's Special Envoy on Climate Change, Todd Stern in November. Significantly, Ramesh announced that BASIC countries, which are seen as major emerging economies, would not be in the running for fast-start funding.

Asked whether the EU, G77 group of 130 countries and China and other states would contemplate going on their own with a second phase of the Kyoto Protocol, the first of which expires in 2012, as they have already all agreed to do, Ramesh pointed out that the US was the biggest culprit so far as cumulative emissions were concerned, comprising 26% between 1850 and 2009. "It is the innovation leader in the world," he stated. It has to be involved in both fast-track and long-term financing. We can't have an agreement without the US."

In Mexico City on 5 December, at a meeting of GLOBE legislators from 17 countries - Indian stalwart Suresh Prabhu was missing - Dr Hermann E. Ott, a German MP who is the Green Party spokesperson on climate change, told delegates that it was time for the EU to go ahead without the US on forging an agreement. Even if President Obama was re-elected, he believed, it would be impossible for it to push through domestic legislation on climate change for ten years, which is a pre-requisite for it to endorse any global treaty.

"This is the climate for negotiations. The BASIC group has said that we will play our part in these negotiations," he said. Another non-negotiable was that it was "absolutely essential" to have an extension of the Kyoto Protocol, which lays down 'common but differentiated responsibilities'. Chinese chief negotiator Xie Zhenhua also endorsed this at the press conference, pointing out that despite China's image in the world, as many as 115 million Chinese were living below the poverty line and the per capita income was only $3700 a year, placing China 100th in the list of world economies by this index.

The other pre-requisite was the need to have a mechanism for technology cooperation. Countries particularly needed this to help them adapt to climate change, which included sub-Saharan African states and small island states, both of which are most vulnerable. At a press conference on 7 December, the Bangladesh delegation claimed that in terms of the number of people vulnerable, it was the worst-affected, because its coastal areas are heavily populated, and it suffers from floods and the ingress of salinity into agricultural land as well. It made a strong plea for fast-track financing for itself.

At Rio, Kamal Nath excoriated the US government in even more strong terms and Prime Minister Narasimha Rao had to rein him in after the White House took strong objection to his remarks. For years, especially during Copenhagen and the build-up to it, the Indian government and Jairam Ramesh toed the US line, even to the extent of speaking about a bilateral agreement on technology for climate change, bypassing the UN system altogether.

At one of his daily press conferences, Todd Stern spoke approvingly of Ramesh's overtures on laying out a system for reporting, monitoring and verifying actions on climate change, about which Ramesh wrote to him a month ago. The late-night denouement at Cancun - the night after the conference was supposed to have ended - wasn't all that different from Copenhagen. India agreed to take on binding emission cuts and submit these to international scrutiny. Industrial countries did nothing of the kind, apart from some sympathetic noises.

The distinct lines between commitments of industrial and developing countries were all but extinguished, with the Kyoto Protocol, where this principle is enshrined, getting a virtual burial. While there some agreements on the sidelines, like that for setting up a Green Fund, the major issues will only be resolved, if at all, at the next UN summit in Durban in December 2011.