The Jurassic auto and idea park

The U.S. auto giants are an example of how things work in the age of unbridled corporate power. Of how the collapse of restraint on that power fractures economy and society, writes P Sainath.
21 November 2008 -

It is unfair to call the United States auto industry dinosaurs, as some now do. It is certainly unfair to the dinosaurs. The 'Terrible Lizards' did not lay the basis for their own extinction or that of myriad other species. The U.S. automobile companies did - and will take large numbers of jobs, workers and businesses with them.

It is more like the asteroid hit on the earth which is presumed to have fried the dinosaurs. But that's unfair to the asteroid. The U.S. auto giants General Motors, Ford and Chrysler are more a fine example of how things work in the age of unbridled corporate power. Of how the collapse of restraint on that power must fracture economy and society. They also set the very standards that the Indian elite lusts to emulate.

The original dinosaurs (which scientists now tell us were neither all that terrible nor lizards) were great examples of success and adaptation. Good enough to rule the planet for 150 million years. The U.S. auto industry is the opposite. It's not just that the Terrible Metal Lizards opposed fuel efficiency standards. Of course, they did. They also promoted gas-guzzling SUVs as a lifestyle must. They cranked out cars many did not want to buy. They wielded heavy clout in Congress. And were able to sponge off public funds in the name of saving jobs as they have yet again. Having received $25 billion earlier, their hats are in their outstretched hands again.

But that's the easy part. There's a lot more they did, as a major sector of industry - and as part of the larger corporate world of the U.S. Over decades, they destroyed both existing and potential public transport. The 'American Dream' so far as the automobile went was an imposed nightmare. In Detroit itself, you can see the skeletons of a once alive transport system. All across the country, for decades from the 1920s, they bought up public transport systems and shut them down. Trains were shifted from electric to diesel engines. Sometimes, they were simply done away with and replaced by buses and then cars. Together with Big Oil, Big Auto converted electric transit systems to fuel-based bus systems. In one estimate: In 1935, electric train engines outnumbered diesel train engines 7 to 1. "By 1970, diesel train engines outnumbered electric ones 100 to 1. And GM made 60 per cent of the diesel locomotives." The electric rail system in and around Los Angeles was almost erased.

Fostering the cult of the individual-owned automobile was a major goal. By 2001, that goal was achieved beyond belief. Some 90 per cent of Americans drove to work by that year. The findings of the 2001 National Household Travel Survey are striking. Only 8 per cent households reported not having a vehicle available for regular use. The survey showed that "daily travel in the United States totalled about 4 trillion miles, which works out to an average of 14,500 miles per person over a full year." Trips by transit and by school bus each made up just 2 per cent of daily trips taken in 2001.

Not just a cult but a culture grew around the Metal Lizards and fossil fuels. Even an economy that goes to war to deal with perceived threats to oil. (As Robert Fisk often asks: would there have been a war in Iraq if Iraq's national product had been asparagus?) Again together with Big Oil, Big Auto for decades crushed all serious moves towards cleaner energy sources.

Almost everything grew dependent on it. From agriculture to aviation, individual to national needs. When oil prices rose (before their present crash) thanks to heavy speculation, countless households in the U.S. were paralysed. Hundreds of little family trucking businesses went kaput. People in outlying places who drive many miles to fetch things like bottled water and provisions found their budgets burning. An average American family in 2004 spent up to a fifth of its income on transportation. That's against 13 per cent on food. In "automobile dependent neighbourhoods," according to the Bureau of Labour Statistics, that could go up to 25 per cent. In bigger cities, the traffic only gets worse, never better. There were over 135 million passenger cars in 2006. Overall, registered vehicles clocked in at more than 250 million.

Imagine the centrality of oil, autos and private vehicles to just about everything. This is the very model our own Indian elite seeks to transplant. Private automobiles at the cost of public transport. Never mind the latter is a lot cleaner and creates large numbers of jobs. And so we add thousands of such vehicles to the roads each week.

But back to the Metal Dinosaurs of Detroit. Their asteroid hit will impact on far more than the nearly quarter of a million workers directly stranded on their turf. There are also more than a million retirees and dependents in trouble. The retirees now watch their health benefits vanish. That's not nice in a country where health costs are the largest single cause of bankruptcies. At age 75 or 80, it is misery. Then there are millions of other workers in associated sectors. In part-makers, supplier companies, in dealerships.

The health issue is also vital. With all its wealth, the U.S. has no decent public health system. The corporate world as a whole has never allowed that to emerge. The health insurance mob, Big Pharma, huge corporations in the medical field, and so on. Take the loss of jobs in the automobile sector to Canada. One reason is simply because Canada has a much better public health system. Even GM (which also exists there) has lobbied in the past in that country to see that Canada's universal health plan was not scuttled! It has saved GM countless dollars. 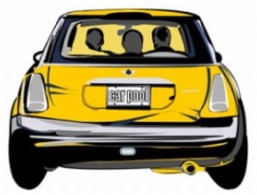 Fostering the cult of the individual-owned automobile was a major goal. By 2001, that goal was achieved beyond belief.

Each car that GM puts out carries a healthcare cost of around $1600. For Chrysler, that's $1500. But for Toyota, that cost is under $300 per car. Japan has a far superior public health system. In the corporate-media of the U.S., this does not lead to calls for a good health system. Or for making health access cheaper. It leads to calls for doing away with the union contracts that guaranteed auto workers health benefits for life. For retirees, the pullback has already begun.

India even now has one of the most highly privatised health sectors in the world. Yet it exults in emulating the worst of the U.S. model. The Indian elite boasts of India as one of the hottest destinations in 'medical tourism.' Sure, Americans might fly to India to get their surgeries done (which would cost them an arm and a leg in their own country). But close to 200 million Indians have given up seeking any kind of medical attention at all - simply because they cannot afford it.

'Too big to fail'

Meanwhile, the logic of "too big to fail" keeps Big Auto and others of its ilk going. There is never any debate in the U.S. on whether they should have been allowed to get as big as they did. President-elect Barack Obama says he will aid the auto oligarchs who he calls "the backbone of American manufacturing." Sure, with that many jobs at stake, any government must worry about the consequences of letting them sink. No question about it. It's on the basis of that very fear that the Terrible Metal Lizards are able to bargain for handouts from public money. This economy has lost close to a quarter of a million jobs in the month of October alone. So the thought of many more simply vanishing is scary. The U.S. has already lost over 1.2 million jobs this year. Close to half of those in the past three months alone.

So there is a good chance that more public money will be thrown at the auto giants. And that, without larger strategic shifts being imposed on them. Yet, everyone knows this does not mean an industry saved. They could be back soon with demands for still more. At which time, with things being even worse (quite likely) the pressure to save jobs by pouring in public money will be still greater. This is the United States.

The money given out in the bailout so far has delighted the Tuxedo dinosaurs - CEOs and senior executives. As The New York Times notes ruefully in a lead editorial: "Just weeks after the Treasury Department gave nine of the nation's top banks $125 billion in taxpayer dollars to save them from unprecedented calamity, bank executives are salting money away in billionaire bonus pools to reward themselves for their performance." Other bailout bandits have held meetings at resorts costing hundreds of thousands of dollars.

Remember the 'debate' over CEO compensation in India? The media shouted down their favourite Prime Minister when he made a few meek sounds of protest over inflated CEO pay. Well, there too, we were and are on the very track that has helped the U.S. land itself in the mess it now is in. Welcome to the Jurassic Auto & Idea Park.

TIGER SANCTUARY : Are tigers back at the Buxa reserve?
MORE ARTICLES
on similar topics ...
HEALTH