Why Punjab still holds aloft the flag of 'new politics'

While the entire country appeared unimpressed by the Aam Aadmi Party and its promises, Punjab not only sent four of its candidates to the Lok Sabha, but as recent data shows, also overcame the rural-urban divide in its mandate for the party. Srinivasan Ramani explores why.

Among the very few newcomers in the present Lok Sabha, the Aam Aadmi Party is perhaps the most well-known and widely discussed. It belied expectations by winning only four seats in the Lok Sabha elections, but when considering the fact that the party is still a fledgling one, its debut marks an interesting chapter in India's political history.

Barely six months ago, the party made a strong electoral start by winning close to 28 per cent of the votes in the Delhi Assembly elections and forming a minority government.

While the results clearly show that it was unable to build upon the success in a really significant manner in the Lok Sabha elections, due mostly to tactical blunders and over-expectation, the party's wins in Punjab still suggest a concrete present that may be built upon for the future.

What favoured the AAP in a state like Punjab that helped it register such decent numbers as opposed to elsewhere?

The Election Commission has now started releasing more granular data on how voting has occurred across the country, with the release of booth-wise data for each state. Using these and other data, and taking note of what AAP leaders have to say, one may assess the real impact that the party has had in the country’s politics.

The AAP did very well in selective constituencies in the state such as Faridkot, Sangrur, Fatehgarh Sahib and Patiala (seats where the party won) and also, Anandpur Sahib (where it came third). The question that remains is whether these were merely urban concentrations swayed by the promise of “new politics” – which would imply a replication of the Delhi results in the state - or if there is more to explain the polling trends in these constituencies.

The best way to identify the AAP's urban-rural performance is to look at the booth wise results and look at the distribution of the percentages across urban and rural booths. This is now possible to do, as there are datasets (released by scholar Raphael Susewind) that allow us to segregate polling booths as urban and non-urban and even within urban booths, arrange them in order of low to high density of population, concentration and "urbanity". Findings from this dataset suggest that there is no correlation between the AAP's vote share and whether or not the constituency has a high number of urban booths.

One can also examine the polling percentages of the three main parties (the Congress - INC, the BJP-Shiromani Akali Dal combine, SAD-BJP and the AAP) in the urban and rural booths of each constituency. The AAP's polling percentages are nearly the same across urban and rural booths (23.59 per cent and 24.6 per cent overall) and as seen above, there is no significant "geo-spatial" difference in its electoral performance in an overall sense.

This is clearly unlike the Delhi assembly results when the AAP had registered a much more comfortable electoral result in urban concentrations than in lower density (population wise) rural constituencies in the union territory. In fact, the AAP did far better in the smaller towns and semi-urban areas than in the more metropolitan parts of Punjab. This indicates that the AAP's performance in Punjab was in fair contrast to its earlier Delhi victory and points to a much more “local” Punjab trend. 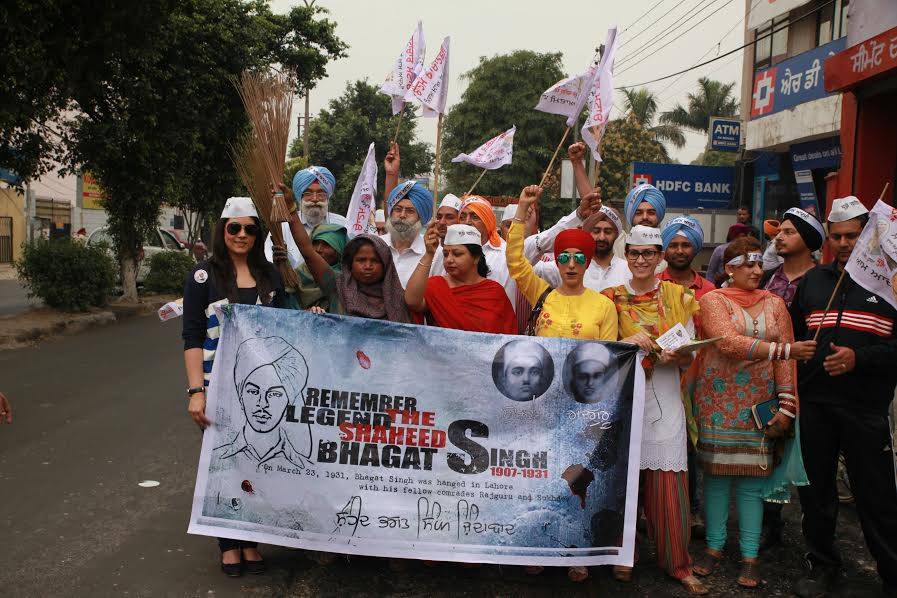 But what was the real reason that it could secure so many votes in the rural areas of the state? Sumail Singh Sidhu, the campaign coordinator of the AAP in Punjab, says that the AAP's emphasis on social issues struck a chord with voters beyond the urban-rural divide.

Firstly, "there is a deep media penetration in rural areas as well, which helped to create awareness about our party," he says. Secondly, he affirms, that the party's focus on social issues, especially the drug menace/problem in the state moved voters.

The issue of substance abuse has seriously affected Punjabi youth and families are very concerned about the matter, which they view as a consequence of lack of adequate economic opportunities and poor political response to the problem among others. "The AAP's emphasis on addressing this issue won it supporters even among rural voters, who were also affected severely by this problem," says Sidhu.

Thirdly, he points out that "the Shiromani Akali Dal was suffering from a high degree of anti-incumbency after long years of rule in the state. The Congress party managed to do well in those areas where it fielded important candidates, such as in Amritsar, but it was not seen as a strong enough alternative to the SAD-BJP combine.

While the AAP was a newcomer, it did offer an alternative and many voters shifted to the new party. This was unlike what happened in many other states in the country, where the BJP was the main coalition partner in the National Democratic Alliance and so voters were willing to give them a chance. In Punjab, having experienced SAD rule for years, the electorate was keener to explore new alternatives to the NDA.

A look at the ADR-Daksh survey on voter perceptions of MP performance also bears this out, as it indicates that the general mood in Punjab was indeed somewhat negative towards incumbents.

Table: From ADR-Daksh Survey: Punjab MP Scores and percentile
in comparison to all constituencies in India

Finally, the choice of fresh and popular candidates helped the AAP, suggests Sidhu. This assertion, too, gels well with the Daksh-ADR survey findings, where Punjab was among the few states where voters exercised their choice mostly on the basis of the candidates chosen by parties.

In fact, a look at the profiles of the candidates chosen by the AAP for the Punjab elections suggest that there had been a lot of thought behind those choices. Most candidates already had a good public image, either for their activism, their work in their respective domains or as much-loved entertainers.

Thus, one finds Adv Harvinder Singh Phoolka fielded in Ludhiana, who provided legal help to Sikh victims of the 1984 Riots in Delhi, respected academician Professor Sadhu Singh from Faridkot and the former diplomat Harinder Khalsa from Fatehgarh Sahib. Of these, the last two were elected from their respective constituencies. 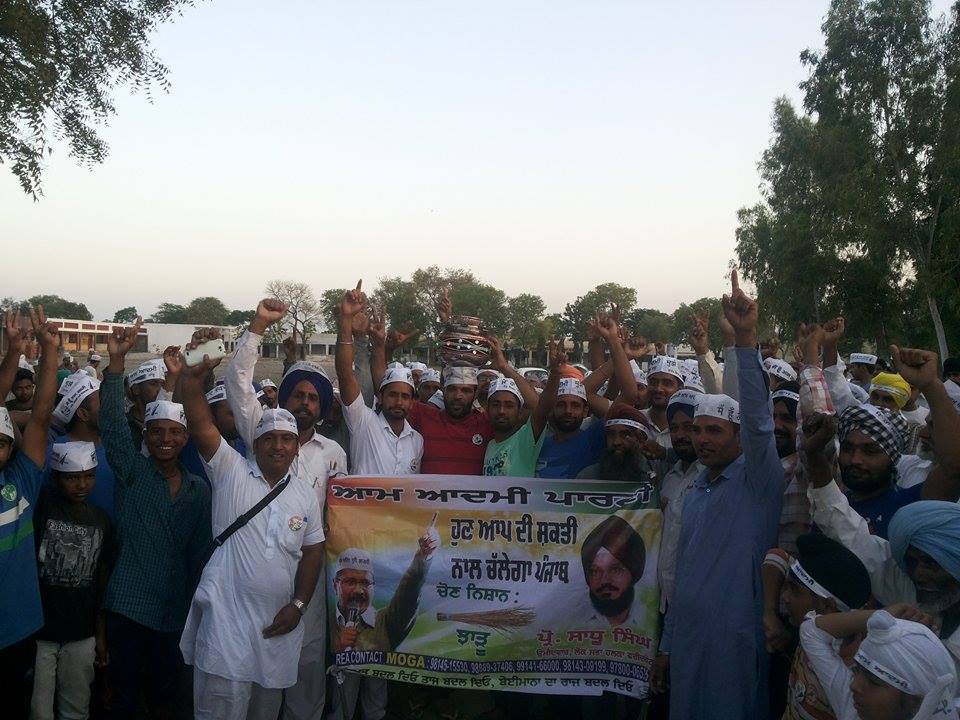 Dr Dharamveer Gandhi, who won the Patiala seat, is a well-known cardiologist and Dr Daljit Singh who contested from Amritsar is known for his work as an eye surgeon. The fourth winner Bhagwant Mann from Sangrur is a popular comedian in the state. The public profile of all these candidates seems only to have benefitted the party.

The combination of the above factors ensured that the AAP could do much better in Punjab even as it failed to make an impact elsewhere in the country (but for Delhi, where it finished the second largest party in terms of voteshare though it was unable to win a seat). One could conclude that the different but successful electoral experiences for the party in Punjab and Delhi was an outcome of strategies that took into account specific local issues while holding on to its core planks of anti-corruption and clean governance.

With 4 MPs and 28 MLAs representing various constituencies in these two locales – one state and one Union Territory -- the task remains cut out for the party. Their legislators have to come up with an impactful, alternative form of representation to keep up with the expectations from the electorate. The wins were merely the beginning.

Srinivasan Ramani is an editor with the Economic and Political Weekly. This article was written under the Daksh-India Together Elections 2014 Data Journalism Fellowship.

TIGER SANCTUARY : Are tigers back at the Buxa reserve?
MORE ARTICLES
on similar topics ...
ELECTIONS