The Marriage Laws (Amendment) Bill, currently pending before the Parliament, has raised a virtual dust-storm of discussion and debate on the issue of women's property rights. While lauding the legislation for granting women rights to matrimonial property, its sympathisers caution that the Bill does not apply to minority communities, and that it is unlikely to make much difference to rural women. Concerns about coupling the division of property with liberalisation of divorce laws are also legitimate - especially when there is little clarity on what constitutes matrimonial property and women's rights to such property.

A crucial ingredient missing in the debates thus far is evidence on property ownership by men and women, which could help understand how couples deal with these issues. National level surveys collect information on assets owned by households. However, there is no information on which household member is actually the owner of such assets. Is one meant to conclude then that a household's assets are automatically owned by all its members? Or that all assets are owned only by the household head . a notion that blends well with a patriarchal mind set?

What is women's position in property ownership? Are they co-owners in all assets or do they own none? Some findings from our research are worth introducing into the debate. 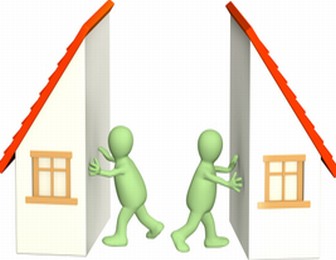 Women contribute mainly in the reproductive economy - domestic work, child and elderly care. Their services are priceless, not valueless.

•  Whose family? Whose land?

Results from the Karnataka Household Asset Survey 2010-11 (KHAS) suggest that the truth lies somewhere between these polarised positions. Having collected ownership data for every individual in the household, we find yawning gender disparities in asset ownership, particularly with respect to immoveable property. To illustrate, 28 per cent of men in urban Karnataka own immovable assets, compared to only 13 per cent of urban women. Even more inequitable is agricultural land ownership in rural Karnataka - 39 per cent of men and 9 per cent of women own farmland.

The KHAS results provide interesting insights on how society treats women even in a relatively progressive legislative environment. Despite Karnataka's amendments to inheritance laws in 1994, followed by the Hindu Succession Amendment Act in 2005, the survey finds that daughters continue to be disinherited by their natal families.

While more than 80 per cent of plots owned by men were inherited from their natal homes, this was less than 20 per cent for plots owned by women. Women typically waive off their rights in favour of brothers, sometimes willingly, but oftentimes under pressure. This is not surprising since they are conditioned to believe that seeking their rights amounts to avarice. Besides, no woman would opt to sever relations with her natal home if such were the cost of seeking her rightful inheritance.

Women are also not in a position to purchase property, due to their low participation rates in the labour force. The National Sample Survey Organisation's 2009-10 employment survey shows that women's labour force participation is currently at its lowest level in the past two decades. Less than 25 per cent of women in the 15-59 age group are paid workers, the comparable figure for men being more than 70 per cent. Women are also more likely to be concentrated in the low-skill and low-paying sectors of the economy. Further, KHAS finds that men who purchase property usually register it only in their own names; an insignificant proportion of properties purchased are jointly registered in both spouses' names.

Viewed against this bleak reality, unlikely to be much different in the rest of India, it is hard to disagree that the proposed Marriage Laws (Amendment) Bill, with all its imperfections, is a policy move in the right direction. For the first time, the state has attempted to acknowledge the critical role women play in building and maintaining a household's assets.

Women contribute mainly in the reproductive economy (domestic work, child and elderly care). Their services are priceless, not valueless. But for their contributions men would be unable to accumulate assets at the rate they do. Therefore, it is only just that both spouses have rights to assets acquired during marriage. This would be aligned with India's constitutional goal of gender equality.

The government should concomitantly evaluate the implications of a community of property regime. Partial community of property would ensure that property acquired prior to marriage and inherited property remains separate but property acquired after marriage becomes jointly owned by both spouses as a matter of right. In the event of the demise of a spouse or divorce, spouses are entitled to equal shares of all property acquired post marriage. The clause in the current bill entitling wives to a half share in the residential property while a step in the right direction, is at best a partial measure since it does not include other forms of property, moveable and immoveable.

Enabling equitable property entitlements within marriage is preferable to dispensing justice on property divisions upon divorce. Additionally, research has shown that women's secure property rights have significant welfare implications. Among others, it can protect them from spousal violence, encourage greater participation in household decision-making, and improve the nutritional and education status of children. The ongoing debate should also be a time to reflect on the cultural factors that impede women's inheritance rights.

Finally, a national level database on property ownership patterns of men and women is urgently needed so that one does not rely on anecdotal evidence. This would be invaluable in monitoring the impacts of such legislations and giving direction to future policy.

The authors are with the Center for Public Policy, Indian Institute of Management, Bangalore.