President Obama will raise the Kashmir issue during the PM's visit to the White House. The many views of the problem and its consequences will have to be balanced, writes Firdaus Ahmed
23 November 2009 -

In the context of Pakistan, India has acted as a status quo-ist power, whereas Pakistan is well known for being the revisionist keen on upsetting the territorial status quo. It has resorted to military means in 1965, proxy war in the nineties and a border war at Kargil. India on the other hand has been defensive in the post-1971 War period, relying on Bhutto to deliver on the secret pact at Simla. Through the eighties and nineties it has relied on deterrence.

And lately, its exasperation is evident in its movement to quasi-compellence of Pakistan, insisting that the state should roll back its anti-India terror infrastructure. All this popular reading of the strategic equation points to a uniform fact - India prefers to keep the status quo.But this view is not shared by the Pakistani Establishment - the informal clique of decision makers and influential personalities, historically centered on the Pakistan Army chief, and the formal conference of corps commanders that runs the Pakistan Army and underwrites the state.

To them, Kashmir is the most salient issue on the table between the two nations. And, as they see it, India committed to resolving the Kashmir issue at Simla, Lahore and Islamabad, but did not follow through with enough despatch with the progress made in the back channel during the Musharraf years. They accuse India of engaging in talks for the sake of talks, and has reneged on its commitment to resolving Kashmir. In other words, they see India as reivisionist, reneging from the mutually agreed position that Kashmir is an issue that needs resolving in favour of ensuring that only the Indian view prevails - i.e. that the Line of Control be turned into an international border, if necessary by exertion of compellence!

The fact is that the infiltration and terror activity in Kashmir has steadily gone down since 2002. The interpretations as to why this has happened differ. We in India believe that this is due to action by Indian security forces, and the creation of the fence separating the territories controlled by India and Pakistan. The Pakistani security establishment would argue, since they cannot own up to terrorism in the first place, that the lessened terrorist activity in Kashmir is due to movement promised by India, particularly so at the Islamabad joint statement. 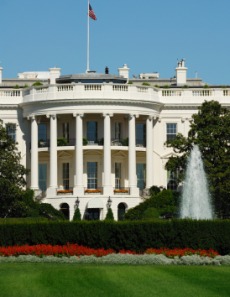 It can be expected that President Obama will try to prevail on the Indian Prime Minister during his visit to White House.

•  Cooperation with US: A mixed bag
•  Nagaland model for Kashmir

Whether Pakistan is exercising restraint can never be proven to Indian satisfaction. There are too many periodic reminders of the terrorist threat and its links to Pakistan, for India to believe that its neighbour is doing much to rein in its agents. 26/11 particularly reinforced this view, with India threatening immediate and strong action. Any quietening-down by Pakistan over the last year is attributed to this new Indian anger, and not to any self-restraint by the Pakistanis themselves.

Pakistan's support of terrorist actions, albeit patently illegitimate, can be interpreted as means to goad India to seek a resolution of the Kashmir issue through talks. India has indicated its willingness to engage in talks, but it has been reluctant to arrive at an understanding with Pakistan at the point of a gun. Internally, no government would be able to sell its case of accommodation if seen to have been forced into talks and their outcome by terrorist action. Therefore, India maintains that it would talk to Pakistan only when terror ceases to be its instrument.

By this yardstick, Pakistan would have to defang itself, at a time when India's power credentials are growing and have placed it further out of Pakistan's league. Pakistan is thus being required to make a leap of faith twice over - first to take at face value that India still believes in talks even while it strengthens itself militarily, and second to accept that India would engage in talks in case Pakistan complies with the demand to stop arming the terrorists first. But, says the Pakistani establishment, if Pakistans lowers the militaristic tone of its engagement, India would have no incentive to talk and there would be no 'issue' left to talk about. This, the Pakistani Army is unlikely to bite.

The US-led international community is self-interested. It is worried that allowing Pakistan to become a 'failed state' would have disastrous consequences regionally as well as globally on the terror and nuclear fronts. They would prefer that the regime in Islamabad show some gains on the Kashmir issue to the Pakistani people, hoping that by doing so the Islamists can be outflanked.

This line has failed to progress much, partly because India remains unconvinced that Pakistan, presently on life-support systems, would be allowed to fail. Secondly, it believes that Pakistan deliberately trades on the impression of 'failing' so that others take it seriously. This is Pakistan's manner of pressuring others and in turn India, with a pistol to its own head. Thirdly, there is no incentive for India to rescue its neighbour when it has consistently been at the receiving end of terror. Lastly, India believes it can manage the worst consequences of its hard-line stance.

It can be expected that President Obama will try to prevail on the Indian Prime Minister during his visit to White House. The silver lining internally has been that in the run up to the visit India has opened up a long delayed line to Kashmiri separatists. Externally, the least that will come about could be a declaration to resume the 'paused' dialogue process.

But this may not be very significant. Pakistan has virtually dropped out of the Kashmir question, no doubt due to its own counter productive strategy. Moreover, India would not know who to engage with in Pakistan - the longevity of the civilian government is questionable, and the Army there is scrambling to outlast the current adverse turn in the Global War of Terror, before it returns to the traditional and familiar Indo-Pak game of 'balance of power'.

All of this is made complicated by the fact that each side - India as well as Pakistan - would not like to be seen as acting under compulsion. Thus any new moves proposed during the PM's visit would have to be seen as emanating from the self-interest of all the parties, rather than merely responding to the expectations of others. Just to prove internally that action is not being taken at others' behest, no meaningful moves will be taken. Unless more is done to change the perceptions of each other as 'revisionist', fingers will continue to remain crossed.