In search of new funds to keep the growth story alive, the Centre opens the doors to foreign investment a little further.
03 January 2012 -

As the stock market has dropped sharply over the last year and outflows of foreign currency have gained pace, the Government has been looking for ways to keep funds flowing into the country. One proposal was to allow individual foreigners, as well as overseas pension funds and trusts to invest directly in Indian stocks. Until now, such investors were only allowed to invest in mutual funds, but not in individual stocks.

The Secretary, Economic Affairs, R Gopalan, had confirmed a few weeks ago that the Centre was about to take this step. The stock market regulator SEBI and the Reserve Bank of India are also expected to issue circulars soon, to operationalise the new rules. Initially, any such investor - known as a Qualified Financial Investor (QFI), who will have to meet certain transparency norms - can purchase and hold up to five per cent of the stock in a listed company. However, all such investors together cannot hold more than 10 per cent of stock in any company. These limits are over and above any limits that apply to foreign institutional investors (FIIs, e.g. hedge funds and mutual funds) and NRIs.

For India, stemming the outflow of money from the country has become a priority. FIIs have taken a big hit in recent months - the combined effect of a falling rupee and dropping share prices on Indian stock exchanges - as they exited the country fearing further erosion of their holdings. The difference between 2010 and 2011 shows this starkly - whereas in the former year the net FII inflow into the country (the difference between investments and withdrawals) was in excess of Rs.1.3 lakh crores, in 2011 this vanished and turned into a small net outflow of about Rs.3000 crores (some reports put this number much higher). 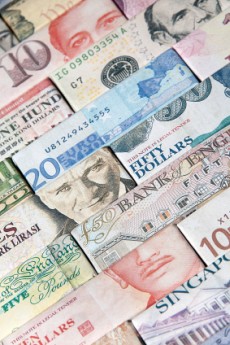 Is there likely to be a rush of new investment in India, as a result of this revised rule? And will it help arrest the decline of the rupee?

The withdrawals have been high, even in comparison with other countries typically regarded as India's peers in attracting global investment - Brazil, China and Russia (which together with India are called the BRIC countries). Recent tallies by global fund monitoring agencies suggest that outflows from India during 2011 were higher than in the other three nations. The worsening financial situation in Europe is also a big factor in driving outflows from developing markets, as investors from that continent pull back funds for shoring up their own finances at home.

Is there likely to be a rush of new investment in India, as a result of this revised rule? And will it help arrest the decline of the rupee, which has slid more than 15 per cent against the dollar since August 2010? The Government is certainly hopeful on this score; the new initiative is given the optimistic label, "Scheme to Help Increase the Depth of the Indian Market and in Combating Volatility Beside Increasing Foreign Inflows into the County", and the official notification called it 'a major policy decision', and the 'logical next step' after QFIs had been permitted to invest in mutual funds earlier in the year.

Salient Features of the Scheme
Reprinted from the official notification