The nults and bolts of local democracy lie in a community-government partnership. Ramesh Ramanathan proposes a business model.
01 June 2003 -

Let me make an efficiency argument for community participation in public governance. Bangalore has close to 6 million people, almost 30% of whom live in conditions you could not imagine. What would it cost to make Bangalore a truly great city to live in? The BMPs own plans put basic infrastructure at around Rs. 1,500 crores. This does not take into account the needs of the slum-dwellers. Add this cost, and we are closer to Rs 3,000 crores. This is one-time capital expenditure. 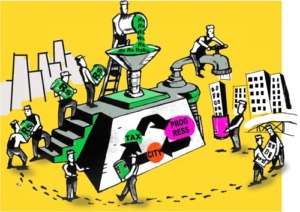 Assume that this can be spent over 5 years, at around Rs 600 crores per year. Then add another 10% for additional growth every year, plus another 10% for maintenance and upkeep. A total of Rs 600 crores every year. This is in addition to the other basic services  garbage clearance, education, health. The annual outlay will come close to Rs 1,500 crores.

What are the revenues of the city today? In the fiscal year just concluded, the city had total receipts of Rs 645 crores, of which Rs 135 crores were borrowed, and another Rs 135 crores were collected on behalf of the state government, but were not transferred. So the core revenues were only around Rs 350 crores.

How can we fill this gap? There are unbelievable revenue opportunities. Let me list a few: property taxes for one. Today, about 4.6 lakh properties pay a total of Rs 200 crores of taxes. But how many properties do we actually have? Nobody knows. A rough estimate indicates that this number could actually be over 12 lakh properties, many of which are commercial. The potential tax could therefore be at least four-fold, Rs 800 to Rs 1000 crores.

Take another example, building licences. To build one 10,000 square foot office space in the city would cost a developer Rs 50,000 in official fees alone to obtain a plan sanction. Look around you, at the level of construction activity in the city. Thousands of residences, shopping malls, apartment buildings, commercial complexes, multiplexes. However, the total amount collected by the city was just Rs 2.5 crores last year. The potential? Tens of crores.

What is missing in governance is the participation of citizens. Not as 'customers' of the services of the government, but as 'partners' in the process.

Take commercial complexes owned by the city. How many square feet of rental space does Public Utility building have? Sitting on two acres of prime real estate, say five hundred thousand square feet. Even at forty rupees a square foot, two crores per month could be the monthly rental. Twenty four crores per year from one building alone. And there are many other commercial properties that the city owns: Jayanagar shopping complex, Madivala, Malleswaram market. The BMP owns almost 10,000 properties, many of which could have much better returns like the examples cited.

What is the total amount collected by the city from all its commercial properties? Rs 4.5 crores. In the entire year.

All this is on the revenue side. What about expenditures? Let me give you one example. The city spends twenty five crores on its education department. There are 138 schools that the city runs, with about 17,000 children going to these schools. This works out to Rs 17,000 per child per year. There are private schools that charge the same amount, and throw in horse riding and swimming lessons for free. And make a profit at this cost, because education has become a business. So, at a cost of Rs 7,000 to Rs 8,000, the private institutions are providing a quality of education that the rich in the city would be happy with. Whereas, our local government is spending almost twice that amount, for what quality? The same issues holds true for many other departments. Engineering, stores, horticulture.

What is the point here? Certainly not to blame the administration. The commissioner of Bangalore city is a remarkable person. An officer of integrity, he has gone about building a team, and improving many aspects of the organization. But something is still wrong with the fundamental framework. People are not paying their fair share of taxes because they have no faith in government. They say, Why should I pay you my fair share for you to cheat me? Better I cheat you.

What is missing is the participation of citizens.

Not as CUSTOMERS of the services of the government, but as PARTNERS in the process. Not as someone standing outside the ivory towers where the decisions are made, but as joint decision-makers, sitting at the table.

Think of the enormous amount of untapped social energy that is being wasted. Citizens living in a ward  poor, rich, middle class - who want to make their neighbourhoods into the best that can be, with good living conditions, with parks and playgrounds and no slums. Imagine if this energy could be harnessed. Imagine if citizens could get information about property taxes, the number of properties in their ward, the new construction in their ward, imagine if they could get involved in deciding the projects to be taken up in their neighbourhoods, if they got involved in ensuring that there was value-for-money for the funds being expended.

As I indicated at the outset, I shall make the efficiency argument first. However, let us not forget two important moral arguments. The first is about the essence of democracy, i.e. the people as sovereign. But we cannot forget it, especially in a land where Gandhi said, let us be a country of 300,000 self-governing villages, the operative phrase being self-governing. I would only add comma, towns, comma, cities.

The second moral argument is that the practice of citizenship actually makes the individual a better person. At a time where we are faced with the sceptre of a fragmenting social fabric, creating communities of engaged, informed citizens would be a welcome balm.

So, if participatory democracy is the way forward, what do we need to do to make it happen? Make no mistake, there are entrenched interests at stake, this is about the redistribution of power. On the other hand, diverse groups of citizens need to be brought together to forge a common identity and vision. This is change management at fairly complex levels.

What we can do is to catalyse this change, so that it can reach the tipping point of a self-fulfilling phenomenon. What does catalyse mean? We need to invest in the formation and growth of communities at the local level. After all, communities cannot be sustained just on the dedication and passion of individuals, it takes money. For what? For meetings, for training, for setting up a minimal support system of correspondence and follow-ups.

Where is this money going to come from? Clearly, it should come from the communities themselves. If people living in Ward 7 - Malleswaram - want to build a strong platform for participatory democracy, they should go to residents of the ward, go to the companies in the ward, go to the Iyengar bakeries in the ward, and tell them, If you contribute x rupees a year to the ward-level citizen community, your quality of life will improve. This is not the usual saar-please-make-a-donation-for-a-good-cause-we-are-bringing-out-a-brochure routine. There should be a direct correlation between the contribution of the citizen or institution and the quality of life in the locality, on a sustainable basis.

While this makes sense in the medium-term, this needs seed-funding. Why is this required? Because there will be scepticism at first, and only when the results start coming in, will the participation happen.

At Janaagraha, we have worked out a business model for this. A 3-year plan, with annual deliverables and decreasing support. By the fourth year, this ward-level federation will be self-sustaining. A market sizing exercise has been done in one ward, with different customer segments in the ward: individual citizens, resident associations, for-profit companies, nonprofits etc. Do the economics make sense? Let me give you some numbers:

It costs approximately Rs 3 lakhs every year to keep the local community active. Assuming that this activity needs to be supported for 3 years, by which time the effort will be self-sustaining, the total financial support over 3 years comes to about Rs 6 lakhs. At the end of this, there will be an incredibly well-structured citizen platform, with complete coverage of that ward. For 100 wards therefore, this translates into Rs 6 crores of total funding over three years. Assume a round figure of Rs 10 crores.

What is the return on this social investment?

The budget of the city is about Rs 1,000 crores. If even 10% of this amount is going to get re-directed, from wasteful to productive, this works out to a benefit of Rs 100 crores. Every year. Show me one investment opportunity that has these kinds of returns: Rs 10 crore investment over three years yielding 100-crore returns every year.

This is sustainable, since grassroot citizens institutions will be in place, capable of engaging with their governments, increasing the revenues in their wards, and ensuring that these resources are properly utilised.

These are the nuts and bolts of democracy. This is the grassroots reality, away from the romantic notion that we all have of democracy, about checks and balances, about free speech and fair elections.