RIGHT TO INFO / RTI IN ACTION

Governments have been changing the rules of the RTI Act, trying all sorts of things to dilute its provisions. Most of these are done without consulting the public. Navya P K reports.
16 October 2012 -

The RTI Act was passed in 2005, and from the very beginning, its use by citizens has been impressive. People began filing RTI requests all over the country, and the numbers have grown exponentially, to tens of thousands of applications in most states each year. Information that could never be accessed earlier has tumbled out into the public domain, in droves. Many citizens made RTI their sole focus in activism, and others found RTI to be a powerful tool to strengthe what they were already doing.

For governments that were long used to secrecy and withholding information from the public, this has been an alarming development. No wonder then, that they have been changing the rules, trying all sorts of things to dilute the provisions of the Act. Most of these are done without consulting the public. A recent example is Maharashtra, which has restricted the subject matter of applications, and the number of words permitted in them. Arunachal Pradesh, from the very outset, had rules that made RTI usage difficult. The Centre too, recently tweaked its rules.

This August, the central government notified its new RTI rules. These rules supercede the former RTI (Regulation of Fee and Cost) Rules, 2005, and Central Information Commission (Appeal Procedure) Rules, 2005. Activists have said that the final rules are somewhat acceptable compared to the draft rules issued earlier in 2010. The government was forced to make some changes to the draft rules because of opposition from activists and the National Advisory Council (NAC).

The GoI's Department of Personnel and Training (DoPT) had notified the draft rules in December 2010. It also issued a circular, inviting the public to comment on the draft rules. These were highly regressive - for instance, RTI applications were to have a single subject only, and a maximum of 250 words; applicants would have to bear the cost of any equipment used to give the information, postal charges etc. The notification did not mention any reason for changing the rules, either. 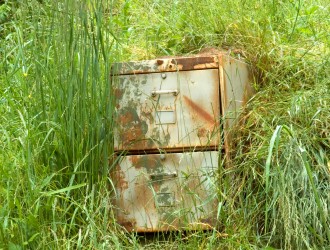 RTI activist Lokesh Batra filed an RTI applications with DoPT asking for details of the public comments it had received in 2010. DoPT's reply was that the files had gone 'missing'.

•  MH secretly amends RTI rules
•  Private, but not above the RTI
•  Righting the RTI

Citizens were given a mere 17 days to respond to the draft, that too only by email. After opposition from RTI activists, the new rules were shelved for a brief while before they were discussed again.

Earlier this year, in June, RTI activist Lokesh Batra filed an RTI applications with DoPT asking for details of the public comments it had received in 2010. DoPT's reply was that the files had gone 'missing'. The department simply gave Batra a copy of the circular that was issued to its officials asking them to return the folder if found.

Some suggestions accepted, some rejected

Among those who opposed the subject and word limit restriction in the draft rules was Justice A P Shah, former Chief Justice of Delhi High Court. DoPT had argued for the single-subject rule based on a technicality - it said that Section 6(3) of RTI Act uses the singular form 'subject' instead of 'subjects' with respect to applications. DoPT had interpreted this to say that only one subject can be allowed in one application.

Justice Shah gave his legal opinion, quoting the General Clauses Act, 1897, which says that in all central Acts, words in singular will also mean plural and vice versa. He also cited two court cases in which a singular noun in the Acts was considered to include plural. He also pointed out that Section 6(3) of RTI Act, itself says that a .public authority can transfer an application or part of it", suggesting that there can be more than one subject in an application. Justice Shah also suggested that CIC (Chief Information Commission) make PIOs (Public Information Officers) personally pay the legal costs and other losses suffered by appellants.

The transparency and accountability sub-group of NAC (National Advisory Council), headed by Aruna Roy, recommended changes to the draft. It recommended that word limit should be 500, and that applications should not be rejected because of the word count alone. It also said that the fee on equipment used to obtain and give information should be removed; and that applicant need pay the postal charge only when it exceeds Rs. 50. These suggestions were incorporated in the final rules.

Some other suggestions, however, were rejected by DoPT. The draft rules mentioned that appeals to CIC will be considered only if filed in a specific format, with authenticated copies of all documents related to the case. NAC said that the copies need only be self-authenticated by applicants, and that appeals should not be rejected only because some documents were not enclosed.

NAC also said that appellants need not compulsorily attend hearings; and that penalties should be entered in the service record of defaulting PIOs. Both NAC and Justice Shah had recommended that a case should not be withdrawn upon the death of applicants, as this might cause the appellant to be killed. All these suggestions were rejected.

There are mixed reactions from the activist community on the new rules. While some say that the word limit of 500 is acceptable, others say that adding background information might increase the word count. There are also arguments that the postage charge - even if it exceeds Rs.50 - should not be imposed on applicant, as information should be freely available to public.

Rules such as the CIC's power to return appeals if all documents are not produced, the PIOs' right to have anyone (who could even be lawyers) to represent him during the appeal - are likely to be misused, activists say. On the plus side, the fee for applicants to inspect documents in person has come down considerably. It is Rs.5 per hour now, as opposed to Rs.20 earlier.

RTI activist Krishnaraj Rao says that the new rules completely ignore the 'complaints' provision, which is mentioned in the original Act. While an 'appeal' is filed for getting information, a 'complaint' is filed seeking action against a defaulting PIO. In the absence of rules on how to handle complaints, citizens cannot anymore demand action against PIOs, he feels.

"There were no specific rules for 'complaints' previously either, but we would use the appeal form itself to file complaints. Usually ICs ask PIOs to simply give the information, instead of levying a penalty on them. The 2011 Supreme Court order in CIC vs State of Manipur clearly makes the distinction between appeals and complaints," says Rao.

In January this year, Maharashtra government amended its RTI rules so that only one subject and a maximum of 150 words were allowed in applications. If there is more than one subject in an application, the PIOs only need to respond to the first subject. Public opinion was not taken before passing the amendment, nor was it publicised later.

Initially RTI activists appealed to the government to change the rules, but there was no response. Activist and lawyer Shivaji Kshirsagar then filed a case in the Bombay High Court, asking for the amendment to be revoked. He argued that the amendment is inconsistent with the RTI Act, causes harassment of applicants, and restricts their freedom of expression.

The state government's defence was that the amendments would streamline the RTI application process; and this was needed since Maharashtra was the state that gets the highest number of RTI applications. The case is still being heard.

Some other states had made the same amendments as Maharashtra earlier, but these were not challenged. Karnataka and Bihar had passed similar one-subject-and-150-words rules in 2008 and 2009 respectively.

Some other states have even worse rules. In Arunachal Pradesh and Haryana, the cost of submitting an RTI application is Rs.50. If the information is on tenders or bids for government contracts, the application fee is Rs.500 in Arunachal Pradesh. In Haryana, applicants have to pay Rs.10 per photocopied page of information, against Rs.2 in most states. This has continued despite the central government's circular in April 2011 saying that all states should charge fees only as per the rules framed by the GoI. Some states collect fees from BPL applicants too, despite the RTI Act not permitting this.

In Orissa, a PIO can reject an application on the ground that the information is already available in the public domain, irrespective of whether the applicant knows this or can access the information. Orissa also has a rule that says that applicants should establish their citizenship with ID cards. Gujarat also recently amendeded its rules to include this aspect. But Section 6(2) of RTI Act is clear that applicants should not have to give any personal details except their contact information.

"In many states, activists are focusing more on using RTI to get information, rather than looking at how RTI and the CIC is functioning overall. Many do not want to stand up against the CIC directly, since it might affect their chances of getting information," says Rao.

Navya P K is a staff journalist at Oorvani Media, publisher of India Together

CHANGEMAKERS : A fuller picture of ourselves
MORE ARTICLES
on similar topics ...
RIGHT TO INFO