The role of data in judicial reform

It is commonplace to cite the number of cases pending in Indian courts as evidence of a judicial crisis and suggest reforms based on the same. Aparna Chandra highlights why the numbers themselves need to be questioned and understood better for effective reform.
11 February 2015 -

There is a consensus in popular and expert opinion that the Indian judicial system is facing a crisis. As evidence of the problems with the system, court watchers point to the endemic delays in the system, its inefficient and expensive processes, its hyper-technical nature, its capture by special interests - particularly lawyers, and the exclusion of marginalised and vulnerable groups from access to the judicial system as well as to just outcomes from it.

Depending on who is asked, the causes of the crises include incompetent judges, a sluggish judicial administration, ineffective and/or unethical lawyers, conniving litigants, and an unconcerned or conspiratorial state that keeps the system under-resourced and over-burdened, so that the judiciary cannot fulfil its objective of bringing about social transformation through law.

To combat the perceived problems with the system, many judicial reform proposals have been initiated or proposed. Much of the reform effort is targeted towards combating delays by various means, for example through reduction of “pendency” by increasing judicial resources and infrastructure, or diversion of cases from the system through increased use of Alternative Dispute Resolution (ADR) mechanisms, plea bargaining, creations of tribunals, gram nyayalayas, etc. 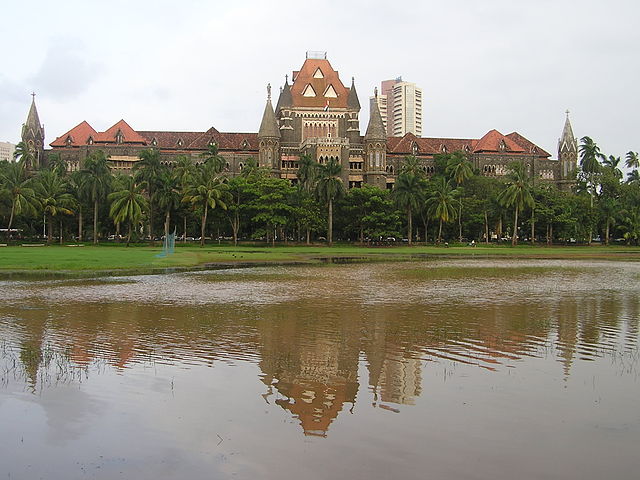 Take for example, the efforts to reduce delays in the judicial process. While there is consensus in policy making circles that cases in the judicial system are severely delayed, we have no benchmarks for when a case can be considered delayed, what types of cases are delayed, to what extent, in which courts, and for what reasons. In the absence of these data, policy makers either create ad hoc benchmarks (e.g., all criminal cases over 2 years are to be considered delayed), or use the pendency of cases as a substitute to demonstrate and estimate the extent of delays in the system.

However, pendency only refers to the number of cases that have been instituted but have not been disposed of. A pending case indicates a problem only if the system is unable to clear that case within a particular time-frame. Without a benchmark of when cases of different sorts should be considered delayed, and with no information in the public domain of how old cases in the system actually are, which stages of the process they are stuck in, and for what reason, any delay reduction effort merely devolves into attempts to reduce pendency by efforts to divert cases from the judicial system, to add more judges who can then dispose of more cases and thus reduce pendency, or by incentivising “disposal” of cases by judicial officers.

Little effort is made to understand why cases are delayed in the first place, and what steps may be taken to address the issue. This focus on disposal, without addressing bottlenecks and stress points in the process, compromises the ability of the system to deliver quality justice.

Similarly, policy-makers rarely study whether the system is able to meet its justice delivery objectives for litigants across the socio-economic spectrum and if not, the causes for this failure. In particular, no account exists of the social identity of litigants approaching the courts, the nature of claims being made by them, the kinds of relief being sought, and the system’s ability to deliver timely justice according to law to these various groups.

So also, there is little research on the impact of judicial reform efforts, especially diversion mechanisms like plea bargaining, on the ability of the system to deliver justice to the most vulnerable groups.

Even where attempts have been made to engage in research-led policy making, the efforts have been hindered by the lack of data, let alone quality data on the Indian judicial system.  Researchers have had to resort to using “the hodgepodge of data that is either publicly available or that can be acquired from the Supreme Court” [Nicholas Robinson, A Quantitative Analysis of the Indian Supreme Court’s Workload, 10 Journal of Empirical Legal Studies 570 (2013)].

However, apart from broad numbers on institutions, disposals and pendency of cases before courts, very little data about the judicial system is collected and put into the public domain.

Even where data is available (or is made available), poor documentation practices call into question the accuracy of the data provided. The Law Commission, in its 245th Report for example, lamented on the quality of data provided by High Courts regarding the institution, disposal and pendency of cases, and pointed to instances of prima facie wrong data being provided by High Courts to the Commission for a report being prepared on the directions of the Supreme Court. This indicates that access to reliable data is difficult even within the system itself.

Further, a lack of uniform data collection methods across the country compounds the problem of lack of quality data. Different states count institutions, disposals and pendencies differently. Some include bail, interlocutory applications, committal proceedings and even traffic challans into their calculations. Others do not. Similarly, different states have different practices of categorizing cases.

Since local practices vary, understandably, some data cannot be computed in a uniform manner and it is no one’s case that diversity should be eschewed and uniformity adopted only for the sake of uniformity. Further, preserving High Court autonomy and administrative control over subordinate courts within their jurisdiction has its own advantages. However, little conversation has taken place in judicial circles on evolving national level uniform data collection practices, to the extent possible, in keeping with the need to be respectful of local diversity and autonomy.

The multiplicity of approaches in data-gathering prevents national level analysis of issues plaguing the system, as well as cross-comparisons and experience-sharing across high courts in a methodologically rigorous manner. The almost complete absence of sound data collection practices is most prominent in states where data gathering practices vary from district to district. In such cases, even intra-state consistencies and disparities cannot be properly evaluated.

Of course, consistency in data collection practices is meaningless unless the data is collected in a methodologically sound manner. In many states, for example Madhya Pradesh, data is primarily gathered for purposes of performance evaluation of judges. Judges are required to dispose of a certain quota of matters per month for which they are awarded “units”.

Different types of matters are allotted different units and at the end of month the total number of units completed by a judge is collated. In order to do this calculation, the court staff maintains a record of how many matters were instituted and disposed of by a judge in the previous month. Periodically this information is sent to the High Court which aggregates the data from all the lower courts and thus generates figures regarding the institution, disposal and pendency of cases.

However, each matter for which units are awarded does not necessarily represent a “case.” For example, a bail matter has certain units allotted to it. Therefore, the disposal of a bail matter is counted as one disposal in some high courts. Of course, one “case” may see multiple bail applications being instituted and disposed of, without the case itself being disposed of on merits. Therefore, a single case is counted multiple times in some High Courts.

It has become common wisdom within legal circles to talk about 3 crore cases pending in the system. The truth of the matter is that we just do not know how many cases are actually pending in the system. As the Law Commission found in its 245th report, the actual number is likely to be “significantly smaller” than the numbers provided by the courts would suggest.

The judicial system exercises immense public power and is mandated with vital constitutional responsibilities. However, due to the lack of transparency in the functioning of the system, the absence of a culture of openness and willingness to engage with civil society, academics and other stakeholders, and near absolute lack of quality statistics on the functioning of the system, the judiciary escapes accountability.

At the same time serious reform efforts are stymied because of the lack of information about the working of the system. Reform then is based on anecdotal evidence and the experiences, ideologies, worldviews, and proclivities of individual policy makers. Putting in place mechanisms for rigorous data collection and management within the judicial system, and the generation of sound and accurate judicial statistics has to be the first step towards both holding the system to account for its exercise of public power, as well as to reform the system and equip it to fulfil its constitutional obligations.

[This analysis, based on Dr Aparna Chandra’s experience working with the Law Commission of India on its 245th report and on field work undertaken in Madhya Pradesh in 2013, was first published by Daksh, a Bangalore-based NGO, and has been reposted here with permission.]

TIGER SANCTUARY : Are tigers back at the Buxa reserve?
MORE ARTICLES
on similar topics ...
JUSTICE SYSTEM