The State and society must understand that only when we facilitate and provide safety nets and ladders can people in desperate economic conditions hope to get out of the poverty trap, writes R Balasubramaniam.
25 June 2011 -

A few days ago, a widow killed her two young daughters aged 14 and 8 years, and then took her own life. Apart from appearing as a small news item tucked away in page 5 in most dailies, it did not seem to attract much attention. The political tamasha of truth ceremonies and swearing before Gods has hogged more newspaper space on a daily basis in our metro-driven news media than this relatively insignificant tragedy in far-away Chitradurga.

The police had a simple explanation for their files. Sathyamma had given ammonium phosphate to her children before taking it herself - out of sheer desparation resulting from her poverty. She had lost her husband, an auto driver, a few months ago and just could not cope with the economic and social demands placed on her. Her meagre income as a coolie was not sufficient to meet ends, and she decided to call it a day for herself and her family.

More than a century ago, Swami Vivekananda had thundered, "I do not believe in a God or religion that does not wipe away the widow's tears or bring a piece of bread to the orphan's mouth." Despite giving ourselves a Socialist republic, neither State nor society seems to have imbibed this message.

Who is responsible for Sathyamma and her children's death? Can we summarily dismiss this event as being born out of poverty, or go deeper in our understanding of how all of us collectively failed? Could not a more sensitive society have prevented their deaths? With so many welfare schemes that the state runs and the innumerable NGOs working to ensure social and economic justice, how could we remain mute spectators to this heart-wrenching event? 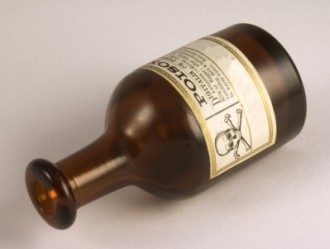 It was not Sathyamma's poverty, but our attitude towards her poverty that killed her and her two young children.

•  Am I not human too?
•  Cash transfers and insecurity

As I was wondering where we had collectively failed in responding to this crisis, my mind wandered to the present state of India. On one hand we as a nation are an economist's delight. Sustained growth at over 8 per cent is something we are all getting used to. There is so much wealth that is being created that one feels that poverty should now be confined to our history books.

But what is the reality that prevails? Fewer than 50 families in India generate and control nearly 40 per cent of India's wealth. The top 20 per cent of Indians generate and control 85 per cent of the Indian economy while the bottom 20 per cent have to be content with a mere 1.5 per cent. While wealth is indeed growing, so is the inequity that prevails. Our food inflation is constantly hovering around 10 per cent, while the World Bank in one of its recent reports mentions that 70 per cent of the food meant for the poor in our Public Distribution System is siphoned off.

On paper, we are trying something or the other to address this, but we may be doing nothing more than pulling wool our own eyes - most, if not all schemes can only boast of inputs, not outcomes. For instance, despite spending close to Rs.3600 crores annually in Karnataka alone, why has the National Rural Employment Guarantee Scheme not actually reached money to the toiling millions? The evidence nationally is similar; NREGS has done more to fill the coffers of the implementing officials than to eliminate distress poverty.

Recently a woman whose life was made miserable because of her alcoholic husband came to me requesting me for help to get a bank account opened for her. She was keen that she save some money and keep it far away from her husband who would otherwise drink it away. She had approached the local bank that refused to help her, saying she was not qualified to open an account with them.

Since there are now guidelines to promote financial inclusion for all in the banking industry, I probed this complaint, and discovered that her only 'disqualification' to open a bank account was that she is poor. In practice, the banks go on as if they have no obligation to the poor, and this despite being nationalised in the name of a Socialist state! Financial inclusion for the poor remains a mere slogan of the Planning Commission and the powers that be.

At every level the poor have to surmount greater obstacles to get out of the poverty trap. Neither the State nor society seems to understand that only when we facilitate and provide safety nets and ladders can people like Sathyamma cope and hope to get out of the trap of poverty. Till a more humane, compassionate, and just social order gets created, Sathyamma and her kind will have to find solace in death. And the rest of us have to live with the fact that it was not her poverty, but our attitude towards her poverty that killed her and her two young children.