When a legend returns

The appointment of NR Narayana Murthy at the helm of affairs in IT bellwether Infosys may have raised the prospects of its economic revival, but has broader implications related to corporate governance. Shankar Jaganathan explores the likely impact.
20 June 2013 -

In the financial market, analysts declare their personal interest along with their recommendations to reveal their potential bias. Using the same principle, I must state at the outset that with a small holding, I am a very happy Infosys shareholder and have been so for more than a decade. In addition, my passionate interest in corporate governance and economic history has had me following Infosys, an innovator in corporate governance, as a hobby. The time I devoted to my hobby was substantial as I also analyzed Infosys as a competitor for a decade in my role as the Treasurer at Wipro.

Infosys symbolized the new era of economic liberalization for many people. The short interval between Indian liberalization and the Infosys IPO contributed to this identity in no small measure.Â  There were companies in India with good governance before Infosys, but good governance then was a matter of belief. An idea you could only believe in but not verify. Between 1995 and 2000, in a daring show of conviction, Infosys revealed all that was considered a trade secret and hidden even within companies-shareholding pattern and quantifying the tax benefits availed to name the two most prominent ones. Soon good governance was not just a matter of belief. It could be verified by looking at the nature of disclosures a company made. 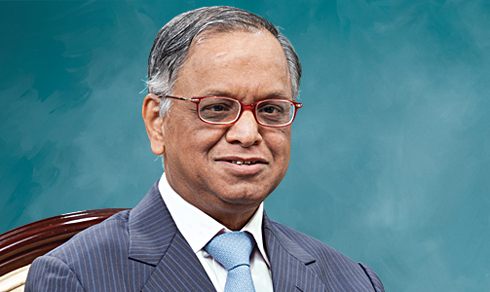 In April 2001, Infosys shocked the financial markets when they projected 30% profit growth for the year after doubling their profits. Equity analysts and speculators cried foul as the BSE Sensex fell 4 per cent and the Infosys stock tumbled. In contrast to the markets, as a passionate advocate of good governance, I was happy even with the stock price crash, as proactive sharing of negative news is the best indicator of good governance. As I look back upon the event, I realise that with time my conviction in the value of sharing negative news proactively has only increased. In the last ten years, as a teacher of corporate governance among MBA students, I have advocated using proactive sharing of negative news as ‘the’ sign of good governance. In doing so, I have unhesitatingly held out Infosys as the prime example of good governance and Chairman Narayana Murthy, often called NRN, as its epitome.

A parachute is tested only in distress; if Infosys, at the first sign of distress, could momentarily forsake its declared values, opponents reasonably fear that it may be the start of a new era, where a different set of values is being articulated for practice in times of duress.

•  A rosy narrative
•  Whose crisis is it anyway?

Â  It is with this mindset that I have been following the varied reactions to NRN’s return as Executive Chairman to an active role, his son’s induction, the notional Re.1 salary and the policy change of raising retirement age to meet a specific situation. Supporters of this move see it through a narrow economic lens and consider only the benefits flowing to Infosys shareholders. Opponents however take a broader ethical view and consider its implications on all stakeholders, shareholders included. From a purely economic perspective, supporters see the short term potential for profit growth ignoring the implications relating to longer term sustainability that may from lack of homegrown leadership.

An uncertain environment can evoke two responses - playing safe by going back to proven paths or boldly striking out to chart new avenues. It looks as if the choice of a safer route could be due to the decision makers being experienced professionals who have outgrown their entrepreneurial risk appetite. Whatever the criteria, Indian stock markets gave it a thumbs up, endorsing the Board’s decision in anticipation of good things to come.

Opponents on the other hand question the values that this brings out. A parachute is tested only in distress; if Infosys at the first sign of distress could momentarily forsake its declared values, opponents reasonably fear that it may be the start of a new era, where a different set of values is being articulated for practice in times of duress. To point out the obvious, they equate the return of NRN to lack of homegrown leadership and conservatism, his son’s entry to nepotism, and the Re.1 salary to related party transactions leading to misstating costs. In that same train of thought, cynics feel that revision of the retirement age for executives is nothing but sheer opportunism.

Personally, I am reminded of a profound statement I read in a popular novel of the 1970s: ‘Truth is not what someone tells you, it is what you believe’. Turning to NRN’s return, I am reminded of an episode in Mahabharata, where Yudhisthira tells his first white lie to defeat their guru Dronacharya in battle. It is said Yudhisthira’s chariot which was moving half-feet above the ground, rested on the ground immediately after this event. Figuratively, I am looking at Infosys’s chariot to see if it is still flying above the ground. While I am not certain that it has come to rest on the ground, I am quite sure that the gap has considerably reduced.

Shankar Jaganathan is passionate about corporate governance, sustainability practices and economic history. His second book The Wisdom of Ants, A Short History of Economics was recently published in November 2012.