The importance of being Asif Ibrahim

The new IB chief's track record has made it impossible for the government to ignore his claim. But for all that, there is more at stake, writes Firdaus Ahmed.
17 December 2012 -

The dust has settled after the announcement that Asif Ibrahim is to be the next IB chief. The controversial issue was not so much on Ibrahim pipping at least three of his seniors to the post, but the fact that he is Muslim. It can be surmised that there could have been little difference between the professional records of his competitors. Professionalism implies being apolitical. Therefore, on the factor, political amenability, all four would have scored similarly.

After all, those in the contention for the top policing job can be expected to have been politically savvy and not alienated the 'grand old party'. This leaves only Asif Ibrahim's religion to distinguish him from his competitors. Under the circumstance, for a government, that has been somewhat beleagured over the recent past, to have made a deep selection in favour of Ibrahim, suggests that it was more than Asif Ibrahim's professionalism at play. Ibrahim's track record has merely made it impossible for the government to ignore his claim.

Ibrahim has been Superintendent of Police in the badlands of Chambal at a time when it was 'the Chambal'. Spotted by Madhavrao Scindia, he served as OSD with in his ministerial secretariat; a job he was to undertake once again for Mufti Mohammad Sayeed. Seconded to the IB as the first, and for some time, the only Muslim officer, he handled its Kashmir operations in the early years when the Valley was aflame. Rising through the IB hierarchy, he was deputed to the London embassy at a time when Islamist terrorism was the most significant feature of the international agenda. His latest assignment was as India's cyber security sentinel-in-chief.

One can always play mind games, imagining that for the Congress it is surely useful that he is a Muslim, which makes it very difficult to dismiss the thought that his religious affiliation had something to do with it. Equally, if a right-wing dispensation were at the helm, it might not have selected him, leaving the nation to wait another generation for a Muslim to gain this top slot. Such thinking has no end of theories attached to it.

But there are two other things worth noting. One, this is a signal of the government's politics. The choice aptly symbolizes - and is meant to, we can be sure of that - a secular democratic India, though it is not quite India's 'Obama moment'. This is therefore a refreshing move of the Congress that has otherwise been perpetually on the brink of losing its political moorings. In effect, it is among the opening gambits for the forthcoming national polls that with Narendra Modi exercising his bid for a national role, will surely compel the grand old party to return to its ideological roots.

Whatever the clinching reason, Asif Ibrahim can hardly be envied. The Muslim community, or more appropriately the multiple communities across India that collectively comprise India's largest minority, has been enthused by the news. He, like it or otherwise, has the weight of their expectations riding on his shoulders, and that is the second noteworthy thing.

The IB, with internal security as remit, has been at odds with India's minority over at least a decade and half. The phenomenon of 'home grown' terrorism has placed Muslims at its cross hairs. The refrain in Muslim drawing rooms is that the terror stereotype has been deliberately foisted on it as a grand design of right wing extremist formations, with the media either unwittingly co-opted or barefacedly complicit. The IB, and its fellow organisations, such as ATS at state level and NIA at the Union, have at best gingerly faced up to the real face of 'home grown'. 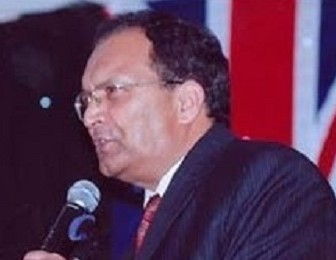 As a professional, he will have to carry out some spring cleaning, at a minimum. As he proceeds with this, the insinuations on his nomination will get more strident.

•  Secure minority, secure nation
•  Shall we imprison everyone?

Insofar as political motivation finds expression in policing action or intelligence reports, it is seen as ideological penetration of majoritarian extremists of the institutions of state and contamination of professionalism by a virulent strain of the otherwise unexceptionable conservative politics, cultural nationalism.

News reports have cryptically referred to Ibrahim's take on this that could do with some deconstruction. The venerable The Hindu writes, 'To his credit, Mr. Ibrahim was the first one to have a clear sense of the whole Indian Mujahideen movement within the organization.' Outlook has this to say: 'At a time none of us were aware of the Indian Mujahideen, I remember Ibrahim telling us, "Don't look to Pakistan after every terror attack. Look within too."'

While not self-evident, these observations suggest that Ibrahim subscribes to the dominant view that IM is the key source of 'home grown' terror. This has perhaps made him amenable to the government. However, the converse is also possible. Ibrahim may well be a skeptic on the intelligence agency-facilitated and media-generated 'IM' discourse.

There are other sources of such terror, some unexamined to the degree warranted, such as majoritarian extremists masquerading their handiwork as Muslim perpetrated. Clues to that effect have not been taken to their logical conclusion with a degree of professional rectitude; this has allowed the reputation of intelligence agencies and the police to come under a cloud in the minority perspective.

Ibrahim, with a reputation as a thorough professional, will no doubt have to contend with, at a minimum with some selective spring-cleaning, and at a maximum, detoxification. As he proceeds with this, insinuations raised on his nomination will get more strident. Since politics is set to get messier, he will be on a tight rope without a safety net.

The moot question is why the government thinks it necessary to entrust this task to a Muslim officer. The professional instinct of his contenders could equally have been relied on to undertake this. A cynical view in the Muslim commentary on the promotion has been that the government does not really want to reset the professionalism of the intelligence agencies. Entrusting the top job to a Muslim therefore can be its alibi, even while catching it votes: a case of accounting for two birds with one stone.

The unfortunate fact, however, is that officers like Hemant Karkare are getting scarcer. More disturbingly, the check on the motivated stereotype of the suspect Muslim has been marginalised to a narrow left-liberal circle. Even the Congress scion, Rahul Gandhi, cannot openly admit to the graver danger. Wikileaks informs of his venting his reservations instead to the American ambassador once over lunch.

It remains to be seen if two years hence Ibrahim's achievement goes beyond only reaching the pinnacle, or more significantly, once there making the necessary and well overdue difference. Assuming that there would be a government change by then, it is important to act now on this front, lest after another five years, and that too under the opposition's ascendant candidate, it becomes wholly impossible.