Who's importing all that gold?

The Indian government has stopped short of imposing effective controls on gold imports despite the soaring current account deficit and its concomitant ills. Kannan Kasturi examines recent trends in gold demand to see if the government's rationale behind the soft policy holds good.
10 September 2013 -

The price of gold is now as carefully followed by the Indian investor as the stock indices. Last year, Indians spent a staggering three lakh crore rupees on imported gold and jewellery. This year, the volume of imports has already crossed last year's figures, and the import bill is set to break last year's record.

Unable to offer the world adequate goods and services in exchange for its imports, India has been running a current account deficit (CAD) every year for quite some time now. The growing deficit is responsible for the sharp depreciation of the rupee over the last two years, along with its accompanying ills. Last year, the value of gold and jewellery imports was two-thirds of the deficit.

The reality, however, is more complex. Take the case of gold imports. The accompanying table shows imports by rupee value (last column) and the average prevailing price (middle column) of the metal. Gold imports in value terms have soared despite sharply rising prices of the metal in recent years. Gold imports can thus be characterized as "price inelastic," which means higher prices do not lead to curtailment or reduction of the overall Indian demand.

But gold imports are not an exception in this regard. An examination of India's imports over the last decade shows that India's major commodity imports are all price inelastic, including petroleum and fertilizers. Exploring the reasons for this would make for another discussion, but if past history is any guide, rupee depreciation will not curtail the import bill. 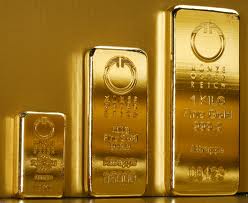 Government policy over the last decade has actively encouraged gold as an investment through numerous measures, including permission for free sale of gold bars and coins by banks to retail customers.

Costlier imports from devaluation of the rupee however have extremely negative consequences for the common man, driving up the costs of essential items like diesel and gas, edible oil and pulses and fuelling generalised inflation.

It stands to reason that if the government wants to protect the citizen from such imported inflation, it must take steps to restrict imports, particularly of items that are not in the nature of essential commodities or inputs for industry. Gold appears to be a prime candidate in this regard. The government has been content so far with symbolic measures on gold such as increasing import duties, which as anticipated has had the effect of increasing gold prices without affecting overall demand for it.

The argument against tough measures restricting gold imports and sales is articulated by the government's economic advisors in these terms: Gold, it is claimed, is an item of mass consumption, purchased by the rich and poor alike and driven by deep seated social and cultural factors. It is hard to change the buying preferences of the mass of Indians. The gold stocks held in rural India are often referred to in this context.

Secondly, it is argued that restricting gold imports by any means will only result in gold coming into the country through illegal channels and will increase the "criminality in the system". Finally, it will also hurt the jewellery industry which employs a large number of people.

But do these arguments really hold good? To examine their validity, it is useful to understand who buys gold in India and for what purpose.

Two sets of data serve to throw some light on Indians' relationship with gold. The first is the phenomenal growth of loans against gold jewellery pledged as collateral and the companies in this business.

An RBI study dated January 2013 reports that outstanding loans by banks and non-banking financial companies (NBFCs) have grown between March 2008 and March 2012 from Rupees 20,000 crore to nearly Rupees 160,000 crore at a compound annual growth rate of over 55 per cent. The study observes that loans are taken for a short term . from three months to a maximum of one year at interest rates ranging from 12 per cent to 24 per cent and amounting to 60-75 per cent of the value of gold pledged.

The majority of loans range in amount between Rupees 30,000 to Rupees 80,000. They are taken for agricultural purposes, or medical emergencies, to meet education expenses or on the occasion of marriages or deaths.

Gold loan customers are typically farmers, sharecroppers, agricultural labourers, small traders and proprietors of the small scale industry. This is a section of Indian society that is pawning its gold to meet its basic consumption needs. They are borrowing against gold as collateral because they would not have recourse to short-term credit otherwise. The increasing price of gold makes it more attractive to pawn even the small amount of jewellery they possess. The gold pawned can be estimated to be worth 2.5 lakh crore rupees, not far short of the 2013 imports of 3 lakh crores!

How is this pattern of consumption to be explained?

A pointer emerges from data put out by the World Gold Council, an association representing gold mining companies. Traditionally, gold demand has been entirely accounted for by jewellery, except for a small requirement from industry. In recent years, however, there has been a new international trend. Physical gold (in the form of gold bars and coins) has become popular globally as a form of investment starting from 2008, coinciding with the global economic crisis. Such investment demand has resulted in pushing up gold prices leading to a cycle of increasing demand and increasing prices.

A section of Indians with deep pockets has also followed the lead from around the world. There are no official figures for how much Indians invest in physical gold (in the form of gold bars and jewellery). But according to estimates of the World Gold Council, the investment demand in India has grown from about 16 per cent of total imports in 2003-04 to over 35 per cent in 2012-13.

The federation representing Indian jewellers (AIGJTF) estimates that 30-35 per cent of gold imports are used for meeting investment demand in the form of gold bars and coins. Of the approximately 1000 tonnes of gold being imported annually in recent years, an estimated 350 tonnes is for investment purposes with most of the rest going into jewellery.

Other statistics also points to the recent increased interest in gold purely as investment. Gold Exchange Traded Funds (ETFs) have been available in India since February 2007 but they have seen rapid growth from 2009, increasing by nearly 10 times between March 2010 and March 2013. Of course, ETFs represent only a miniscule part of the investment in gold, the overwhelming part being held in physical form.

Incidentally, government policy over the last decade has actively encouraged gold as an investment through numerous measures, including permission for free sale of gold bars and coins by banks to retail customers, trading in the commodity exchanges with physical delivery and long term capital gains tax benefits on investment in gold exchange traded funds.

In the context of all the above, let us now return to the arguments of the government advisors. The fact is that while the poor may have accumulated jewellery in the past and the middle classes will still be buying jewellery for weddings, it is a small section with disposable income that is buying gold purely as investment and they account for an estimated third of the imports.

Investment gold (bars and coins), with zero or little value add by jewellers, has no impact on employment in the jewellery industry. Even the main association of jewellers in India, clearly acting in its own self-interest, has called on its members to desist from selling gold bars and coins. As for the fear of gold distribution through illegal channels, it is a bogey routinely raised by economists for whom the "free market" is sacrosanct. Any controls will always invite a few law-breakers who must be dealt with according to the law.

It is interesting to note that a precedent for outlawing the possession of gold held as investment rests with none other than the United States. Under a 1933 decree citing national interest, Americans were forced to sell such gold to the US government at a price fixed by it. The limitation on gold ownership was removed only in 1974.

Investment in gold is used by a small minority of high net worth individuals to safeguard their wealth from the ravages of inflation, even as their acts stoke imported inflation further, making life more difficult for the average citizen. Investment in gold . whose price is dollar denominated - has to be treated as a form of "capital flight" that the country can ill afford. Any controls imposed on investment gold can thus be entirely justified to be in public interest.