One gaffe too many

The slips in the use of words in India’s official nuclear doctrine may be inadvertent but, nevertheless, point to a worrying amateurishness in the domain, says Firdaus Ahmed.
17 March 2014 -

In his Subbu Forum Society lecture a year ago, Shyam Saran, Chair of India’s National Security Advisory Board, referred to the National Command Authority while talking of India’s nuclear command and control mechanisms in place. This would have been confusing for those who knew that India’s apex decision making authority in nuclear matters is the Nuclear Command Authority.

National Command Authority is incidentally the term Pakistan has for its nuclear decision making body. This can be explained away as a typographical error in Saran’s speech. However, if such errors creep into India’s nuclear texts once too often, there is a problem. This article makes the case that there is indeed a problem that brings into question India’s control of its nuclear weapons complex.

The most glaring instance is India’s use of the term ‘massive’ in its nuclear retaliatory doctrine. The term ‘massive’ owes to ‘massive retaliation’ that figured in early Cold War history. The idea was that the US would reply with massive force, both conventional and nuclear, in case of Soviet military adventurism anywhere. The doctrine was over time appropriately modified to ‘flexible response’ in light of Soviet acquisition of nuclear retaliatory means to target the US national homeland.

The introduction of the term ‘massive’ in the official nuclear doctrine adopted in 2003 was seen as unnecessary since India’s Draft Nuclear Doctrine, put out by its National Security Advisory Board in 1999, had advisedly not used the term even while promising nuclear retaliation of the order inflicting ‘unacceptable damage’ in case of nuclear first use against India or its forces. That ‘massive’ nevertheless crept into the officially adopted nuclear doctrine meant that those drafting the official doctrine, and those approving it, were not fully cognizant of either the implications of ‘massive retaliation’ of Cold War vintage or of what ‘massive’ nuclear retaliation meant in the South Asian context.

One criticism of the term has it that the official doctrine was adopted in the wake of India’s ‘redeployment’ of troops from their Operation Parakram positions on the border back to barracks. The stepping back by the nationalist BJP-led government was sought to be compensated by a stepping up of the nuclear rhetoric. That rhetoric should sear official doctrine is itself an indictment of the process of doctrine making, if not of the doctrine itself. 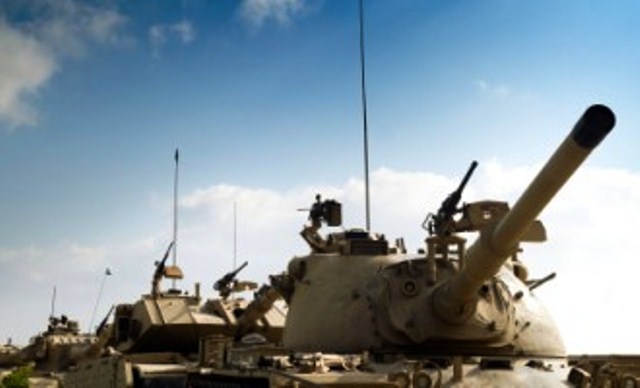 Massive nuclear retaliation was promised by India in case of enemy ‘first strike’. First Strike in the nuclear lexicon is distinct from ‘first use’. Nuclear first use is the introduction of nuclear weapons into a conflict. One manner of ‘first use’ is in the form of ‘first strike’, defined as the attempt to degrade the enemy’s nuclear retaliatory capability to levels in which it is unable to mount a counter strike. An adversary need not resort to nuclear first use in a first strike mode always. Nuclear use in the first instance could also be lower order nuclear strike, such as tactical nuclear use.

India’s intent to go ‘massive’ in case of ‘first strike’ was understandable, since it would be a befitting nuclear reply to the enemy’s higher order nuclear first use in attempting to deprive India of a nuclear retaliatory option.  India in this case would be using its retaliatory assets preserved over from the enemy first strike attempt to hit the enemy hard where it hurts most, its urban centers. Thus ‘massive’ could be read as India’s shorthand for counter value targeting.

However, for lower order nuclear first use or strikes with low ‘opprobrium quotient’, going counter value is avoidably escalatory, since the adversary would not spare India’s cities in counter retaliation. This strategic aspect apart, that should in itself lend pause to India’s nuclear retaliatory choice consideration, it is clear that India confused the term ‘first strike’ with ‘first use’.

There is little reason to do so since the term No First Use is a familiar one. Since ‘No First Strike’ is not used in such cases, there was little reason for India to adapt the term for its own purposes. That the phrasing of its doctrine was not cognizant of this distinction suggests a deficiency that needs alerting against.

There are other egregious errors that need recounting. Take what is regarded as the ‘central pillar’ in India’s nuclear doctrine: No First Use (NFU). While India wishes others to believe that its NFU pledge is without a caveat, this is not what the written word suggests. In the Draft Nuclear Doctrine, NFU was qualified by, and confused with, the negative security guarantee. NFU was not taken as applicable for states aligned to the state that resorted to nuclear first use.

There are no readily conceivable circumstances that required this qualification of the NFU and the negative security guarantee. It was akin to threatening Myanmar or Bangladesh with nuclear retaliation in the event that either was aligned with China in a conflict in which China used nuclear weapons against India. A second distant possibility is in case Afghanistan was to serve the purpose of enhancing its ‘strategic depth’ for Pakistan in a conflict in which Pakistan resorts to nuclear first use.

To its credit India excluded this phrasing from its 2003 doctrine. Nevertheless, its confusion between NFU and negative security guarantees continued. To its NFU policy, it added: ‘Non-use of nuclear weapons against non-nuclear states.’ This is quite unnecessary since non-nuclear states cannot be expected to resort to first use in the first place.

Further, it ended up introducing another caveat to its NFU pledge: that NFU would be redundant in case of ‘major’ attack by chemical or biological weapons. This invited criticism that the circumstance was yet again difficult to comprehend, since all South Asian states and China were signatories to the comprehensive treaties banning both categories of weapons. If terrorists were in mind when India thought up this caveat, it was equally difficult to comprehend as to how it could retaliate against a state for the atrocity.

Criticism on this count by a foreign observer of India’s nuclear scene, Scott Sagan, was apt. He said that this was an instance of India aping the US that had at the time used the nuclear threat to dampen any thought in Saddam’s mind of going nuclear in case of US invasion. This yet again shows India looking outwards for its nuclear inspiration and messing up in the attempt.

The uncertainty surrounding the nuclear doctrine is only compounded when its National Security Advisor, who heads the Executive Council and is secretary to the Political Council of the Nuclear Command Authority, makes similar mistakes. In his speech at the golden jubilee of the National Defence College in 2010, he restated India’s NFU as: ‘no first use against non-nuclear weapon states’.

As pointed out by Vipin Narang, a close observer of India’s nuclear scene, this was mistaken, since the NFU is a guarantee to states with nuclear capability and the ability to resort to nuclear first use, should they so choose. It is not NFU but negative security guarantees that are applicable to non-nuclear states. Though the speech writer can take the wrap in this case, the fact is that nuclear doctrinal statements that are vehicles for deterrence related messaging cannot be taken lightly.

While all this does sound like nit-picking, the fact is that such mistakes – repeated and unnecessary – point to a worrying amateurishness in India’s domain. This is less liable to detection than the more visible problems with India’s submarine arm, evident from the three submarine-related accidents over the past year. The latter bring into question India’s ability to deploy and sustain a nuclear submarine-based ‘triad’, while the doctrinal gaffes revealed here detract from India’s presenting itself as a responsible nuclear power.

Clearly, India’s nuclear establishment could do with continuing scrutiny so that it does not add to the threat India is otherwise subject to due to its very location in a tough nuclear neighbourhood.