The common thread between our external and internal security predicaments is our approach to time. Most security issues are long-standing and seemingly interminable. If we understood why this is so, we can change it, writes Firdaus Ahmed.

India's borders are among the most curiously defended ones in the world. Being clubbed with Israel and the Koreas is not encouraging. The ceasefire along the Line of Control and in Siachen exists, but so does the potential of its ending in some dramatic cataclysm. Along the China border, hectic road building is underway to bring about operational parity with China. Internally, a considerable swathe of India is under the security blanket - J&K, the North East and 155 naxalite-affected districts in Central India. The Mumbai attacks and the bombing campaign in cities last year indicate the vulnerability of the rest of India.

The common thread between our external and internal security predicaments is the Indian approach to time. All these security issues are long-standing and seemingly interminable. The border problems with both neighbours date back to Independence and soon thereafter. The militarisation of Siachen is this month a quarter century old. The insurgency in the North East dates to the early years of the Republic. Assam and J&K were added to the area covered by the Armed Forces Special Powers Act in 1990. Naxalism has been at a slow burn in Central India for about a decade and it would take the state at least another decade before it can manage the challenge effectively. From this it is evident that the Indian state is reconciled to the long haul.

If we understood why this is so, that would help in arriving at solutions. Firstly, contested borders require getting the other side on board. For tackling the impasse, India is in search of the elusive 'position of strength' from which to negotiate. With respect to China this involves having the requisite numbers of nuclear weapons and delivery systems in terms of missiles of required range. With respect to Pakistan, there is a pretence at arriving at a mutually acceptable solution through the peace process that is supposed to progress the basket of issues. Being the relatively stronger power, India would prefer Pakistan submit; a circumstance Pakistan is actively denying us, since it is persuaded by the same logic that informs India's China equation.

Secondly, the problems require greater political will and capacity than any government and leadership has been able to muster at Delhi ever since Nehru was felled by the Chinese invasion of 1962. Thirdly, general apathy in society over these issues makes for very little pressure on the state to actively pursue resolutions. Fourthly, India's security managers in North and South Block are from a charmed circle of elite services, preferring bureaucratic games to 'belling the cat'.

Lastly, India has entrusted the various resolution efforts to negotiators with an uncertain political mandate such as former home secretaries Padmanabaiah and N N Vohra; a former policeman, M K Narayanan; and a career diplomat, Lambah. Lacking moral capital, civil society support and without any personal political capital, they have predictably only managed to hold fort. Their limited progress reflects not on them or their efforts, but on our system. 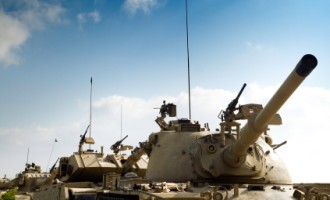 The Home Ministry is in the process of raising 79 battalions for meeting the various border guarding and internal security challenges.

•  Fateful decisions ahead
•  An illusory battleground

Charitably it can be said that instead of rocking the boat with imperfect 'solutions', a 'do nothing' approach may be beneficial particularly if the problem is militarily manageable. Since no problem has reached the control threshold, there is no incentive to bring it to closure. Security managers must be prudent and cannot trifle with national treasure in the form of territory or the perception of security. It is expected that the rising Indian economic tide would lift all boats, ending the internal mutinies and placing India in a relative power advantage with respect to its external adversaries. Therefore, any action now may prove hasty.

Nevertheless, these features combine to reflect poorly on the strength of the state and more so its sceptical take on the 'idea of India'. The self-assuring views that the Indian concept of time is cyclic rather than linear, and that a civilisation state dating back five millennia has time on its side are less than persuasive. Such procrastination comes at a price. The defence budget has increased by over a third this year. The Home Ministry is in the process of raising 79 battalions for meeting the various border guarding and internal security challenges. In a spirited article on the silver anniversary of militarisation of the Siachen dispute, a retired Colonel writes, "The human cost is staggering ... This shows a lack of concern for the rank and file of both armies by their political and military leaders."

The possible directions of the future should act as spurs for early resolution. Two mountain strike divisions are contemplated to take the offensive into Tibet in a future conflict with China. Hardliners in the strategic community reckon that the tryst with China over the mastery of Asia is just over a decade away. Of greater immediacy is the unfolding situation across the western border threatening to spill over into Kashmir and, worse, to suck India into providing 'boots on the ground'.

Even though the ceasefire in Nagaland holds into its second decade, periodic ceasefire extensions are the only achievement. Continued clashes resulting from the illegal immigration problem add to the inter ethnic misperceptions, making Assam a 'tinderbox' (as described in the BJP manifesto) with potential to rival the Balkans. By the time the newly raised battalions of central and state police get their act together in Central India, Naxals would likely have grown in strength; necessitating a calling out of the Army to dislodge them.

It is evident India's approach to conflict resolution requires a rethink. Firstly, the stranglehold of realist thinking - a state centric and power oriented world view - must be overturned through an inter paradigm debate. Secondly, there is need for the national political leadership to risk a conciliatory approach. Rajiv Gandhi's example is a positive one in that he succeeded in ending the Mizo insurgency and also put Punjab back on the road to recovery. The politicians would be greatly aided in this if civil society efforts also succeed. Examples of the Indira Goswami-led People's Consultative Group in Assam and the Committee of Concerned Citizens in Andhra Pradesh indicate the promise. Lastly, the American approach of putting a time line to strategies - such as ending combat operations by mid 2010 and exiting Iraq by 2011- helps focus the national effort, and India would do well to emulate this.

The state cannot be expected to reform itself any time soon. In the interim, therefore, 'We the People' in the form of a proactive civil society must energise the multiple peace processes held up at various stages by a somnolent state.