FOREIGN INFLUX
SC verdict puts the spotlight on Bangla immigrants in Assam
Should foreign immigrants in Assam enjoy Indian citizenship as outlined by the Assam Accord and endorsed by Section 6A of the Citizenship Act? Or do they pose a threat to constitutional sovereignty and integrity? Tanvi Bhatikar reports on a recent court ruling that focuses on these questions.
27 December 2014 -

In a dominant move undertaken earlier this month, the Supreme Court directed the Centre to complete the fencing work along the Indo-Bangla border within three months to curb the cross-border influx of illegal Bangladeshi nationals into Assam and streamline the process to deport them.

The court has asked the Centre to detect and deport all illegal migrants who have come to Assam after 25 March 1971. It, however, said that the foreigners, who came to India between 1 January 1966 to 24 March 1971, be awarded citizenship as per law. The Supreme Court also referred the validity of Section 6A of the Citizenship Act to a larger bench with regard to the cut-off date for providing citizenship to the migrants.

The verdict was passed following a writ petition filed by the members of Assam Sanmilita Mahasanga, Assam Public Works and All Assam Ahom Association against the Union of India on the premise that the sovereignty and integrity of India was at stake as a massive influx of illegal migrants from the neighbouring country has affected the core constitutional value. 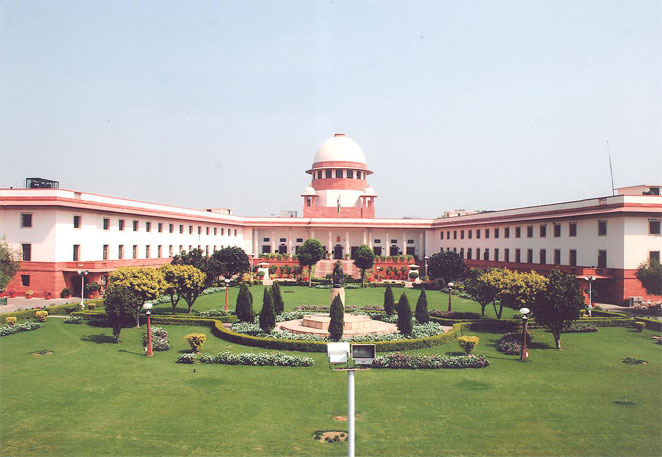 For over decades now, Assam has been grappling with the issue of illegal immigrants from the neighbouring country of Bangladesh. Various acts and rulings have failed to check this problem, primarily because the matter of illegal immigration has tremendous socio-political-economic and demographic ramifications on society, not to mention on Indo-Bangladesh ties.

The roots of the Assam-Bangladesh dispute date back to the period following India’s Independence. This period witnessed a large scale influx of people from East Pakistan (now Bangladesh) to India. The movement intensified during 1971 when the Bangladeshi immigrants sought refuge in India to save themselves from the atrocities inflicted by the reign in West Pakistan.

As the population of illegal immigrants started rising exponentially, various acts and rules such as the Foreigner’s Act (1946), (Expulsion for Assam) Act 1950 etc. were enacted to protect the indigenous inhabitants of Assam who felt their identities threatened by the foreign inhabitants.

The issue of illegal immigrants however, continued to fester in the state of Assam, culminating in wide-spread protests in the form of the Assam Movement (1979-1985). The movement, characterised by intense political instability and riots, was led by the All Assam Student’s Union (AASU) and the All Assam Gana Sangam Parishad (AAGSP).

It was initiated with a view to pressuring government officials into identifying and deporting illegal migrants. The movement was the manifestation of Assamese fear, triggered by the increase in the number of foreign nationals in the electoral list preceding the State Assembly Elections in 1979. The AASU proposed postponing the elections till such time that the names of the foreign nationals had been wiped off the list and the said nationals deported. Following the movement, the “Assam Accord” was signed on 15 August 1985.

The Accord was a Memorandum of Settlement (MoS) between the AASU and the AAGSP and the central and state governments to end the prevalent agitation in Assam and paved the way for the formation of the Asom Gana Parishad, a political party which came into power in the subsequent elections.

According to the Assam Accord, full citizenship would be given to foreigners who entered Assam prior to 1 January 1966.

Section 6A of the Citizenship Act, 1955 provides special provisions to the citizenship of persons covered by the “Assam Accord”.

Subject to the provisions of sub-sections (6) and (7), all persons of Indian origin who came before the 1st day of January, 1966 to Assam from the specified territory (including such of those whose names were included in the electoral rolls used for the purposes of the General Election to the House of the People held in 1967) and who have been ordinarily resident in Assam since the dates of their entry into Assam shall be deemed to be citizens of India as from the 1st day of January, 1966.

The validity of the application of Section 6A is however, debatable. The bench has raised questions pertaining to the applicability of this section, stating that the section is conflicting with other articles of the Constitution – mainly Article 14 (Equality before Law), Article 21 (Protection of Life and Liberty), Article 355 (Duty of the Union to protect the State against external aggression and internal disturbance), Article 325 (No person to be ineligible for inclusion in, or to claim to be included in a special, electoral roll on grounds of religion, race, caste or sex) Article 326 (Elections to the House of the People and to the Legislative Assemblies of States to be on the basis of adult suffrage), and Article 29 (protection of minorities).

One of the graver questions that the bench raises is whether Section 6A permits citizens who have allegedly not given up their citizenship of Bangladesh to become deemed citizens of India, thereby conferring dual citizenship to such persons. It also questions whether this section “violates the Rule of Law in that it gives way to political expediency and not to Government according to law?”

The bench states that Section 6A provides no mechanism to determine the residency of immigrants into Assam since the dates of their entry into the state, thus granting deemed citizenship to such persons arbitrarily.

While the above questions are under due consideration, under Article 142 of the Constitution of India, the bench passed directions on the issue of border fencing, border patrolling, border roads and provision of flood lights. The apex court has also laid out a time-table for updating the National Register of Citizens (NRC) and the publication of the updated NRC by the end of January, 2016.

While there have been various steps taken to curb the incursion of migrants, Assam continues to face the brunt of a porous Eastern border. A demographic change is reflected in the data presented by the 2011 census according to which, there has been a 5-7 percent increase in the number of Bangladeshi Muslims in Assam. Wide-spread riots continue to mar the region and the Assamese inhabitants fear the depletion of their population as a result of foreign influx.

Bangladesh is one of India’s most important neighbours sharing socio-economic and political ties. It shares its border with five Indian States namely Assam (262kms) Tripura (856kms), Mizoram (18kms) Meghalaya (443kms) and West Bengal (2217kms). Even as the Centre strives to take measures to safeguard the interests of the Assamese population, it must balance such an exercise with the maintenance of relations with the neighbouring country.

In this context, there are many, however, who feel that too much is made out of the immigration of Bangla citizens into Assam. Prof. Irudaya Rajan of the Centre for Development Studies, for example, puts forth an important question, “There are fewer restrictions on cross border flows of goods and capital, then why should there be so much restriction on labour?"

Ideological stances notwithstanding, the repercussions of the final verdict on Section 6A will be far reaching and pose a tightrope walk for the Indian authorities, given its potential to change the course of Indo-Bangladesh strategic ties.

URL for this article
http://indiatogether.org/supreme-court-verdict-on-bangaladeshi-immigration-into-assamand-section-6a-of-citizenship-act-government