THERMAL POWER PLANTS
New regulations welcome, but the proof will be in the eating
New regulations from the environment ministry require coal-based thermal power plants to stick to legally binding limits for water consumption. Shripad Dharmadhikary examines the implications of these rules.
11 April 2016 -

On 8th Dec 2015, the Ministry of Environment, Forests and Climate Change (MoEFCC) notified new regulations concerning emissions and water use of thermal power plants (TPPs) in India. With thermal power plants being heavy consumers of water, and also massive emitters of pollutants, these regulations assume great importance. This article examines the implications of these rules with respect to the water consumption limits of coal based power plants.

The notification essentially brings in four changes or new regulations: 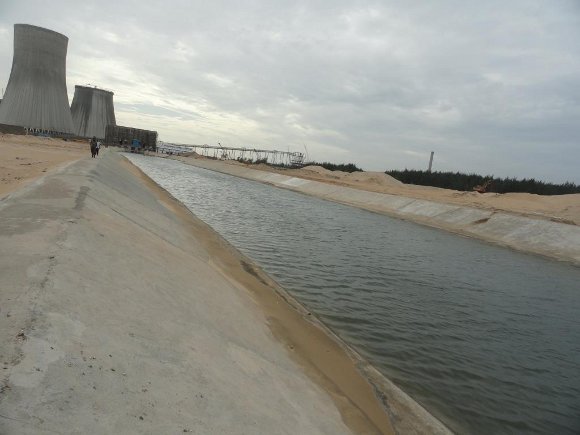 In recent years, water consumption by coal-based power plants has threatened other uses like irrigation, particularly in areas with high concentration of power plants. This has also led to intense conflicts over diversion of water for power plants, like those in Vidarbha region of Maharashtra, where a large number of coal based power plants are under construction or proposed, against a background of severe agricultural crisis and suicide of large number of farmers.

At the same time, the water consumption limits for existing plants at 3.5 lits/KWh are weak. The Central Electricity Authority (CEA), Government of India’s top technical body as far as electricity is concerned, had shown in one of its technical report brought out in 2012, that existing, even sub-critical plants can limit consumption to 3 lits/ KWh.

This means that existing plants have been allowed to exceed the feasible water consumption limit of 3 lits/ KWh. To put this in perspective, if a 1000 MW plant is allowed the more liberal limit of 3.5 lits/KWh, it would be using 0.5 lits more water per unit of electricity generated. For a normal operation, this would mean that the plant would end up using an excess of 3.5 million cubic meters of water per year, water that could irrigate about 700 ha of land.

The MoEFCC must revise the norms for existing plants to take into consider the fact that stricter limits are technically possible.

The limits for the new plants to be installed after Jan 2017, at 2.5 lits/KWh are more stringent and represent the advantage offered by new technology. The Government of India now requires that all new power plants to be installed after 2017 be based on supercritical technology. This refers to the technology where the plant will operate at much higher temperatures and pressures than the earlier plants – called sub-critical – leading to much better efficiencies of power generation. A benefit of the higher efficiencies is that less heat is wasted and hence less water is needed for cooling.

These regulations have the potential to save huge quantities of water. They can release and render surplus substantial quantities of water that existing plants are using and those that stand allotted to proposed plants. Such water that is released can be used for other high priority uses like irrigation, or to maintain environmental flows in rivers and water bodies, ensuring their ecological integrity.

Another very important benefit of these regulations is likely to be a curb on the millions of tons of coal ash that is being disposed-off in the form of wet slurry. Today, a large part of the water consumed by power plants is used to dispose ash generated by burning of coal.

In the year 2014-15, thermal power plants generated at least 184 million tons of fly ash out of which only 102 was “utilised” (as monitored and reported by CEA). Even if one discounts the fact that lot of the “utilisation” is unsafe use or dumping, even by official records at least 82 million tons of ash was just dumped, most of it in the form of wet ash slurry. 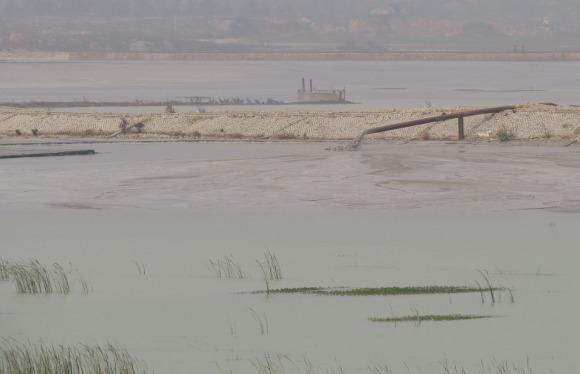 This has many problems, including threatening the contamination of ground and surface waters. If the new regulations push power plants into using less water, they will be forced to ensure that less and less ash is disposed as wet slurry, and more is “utilised”.

It may be mentioned that in any case, existing regulations make it legally mandatory that power plants utilise 100% of the ash they generate within four years of commissioning – a rule that is grossly violated, as the above figures show. The water regulations can potential help the ash utilisation rule to be better implemented, as it would curtail the easy way out of dumping ash in the wet slurry form.

It is ironic that in spite of the lax limits, existing power plants will need to have significant retrofits to ensure that they meet the new standards. This is because even this liberal limit set by the new regulations would be an improvement over the existing water consumption of the plants. Many plants use much more water than what the new standards prescribe, and even more than what efficient technical performance can achieve. The 2012 report of CEA 2012 notes that the older TPPs have water consumption between 5 to 7 lits/KWh, and an analysis of more recent projects shows that many of them have consumption over 4 lits/ KWh.

Equally important is the fact that many of the proposed and under construction plants that are scheduled to come up post- January 2017, those which are based on supercritical technologies, will also require design changes or mid-construction retrofits. This is because they do not seem to have been designed to capture the full benefits offered by supercritical technologies, including in cutting down water consumption. Given this, such supercritical plants will have to introduce design changes to achieve lesser water use rates, and ensure dry collection and 100% utilisation or fly ash to meet the new norms of 2.5 lits/KWh.

The design changes and retrofits will imply significant financial costs. While no official estimates are available, there are some indicative reports in the press. One report says that just NTPC will need to spend Rs. 20,000 crores to retrofit its old and new plants. The final consumer tariff could increase by about 50-60 paise per unit of electricity. Other reports put this as an underestimate. They also suggest that the total costs for all the power plants could go to as high as Rs 200,000 crores. It may be pointed out here that these costs refer to costs not only of meeting the new water consumption norms, but also the new air pollution emission norms that the same regulations specify.

Further, power projects will also incur one-time costs of shut down (loss of generation revenue) for the time period needed for retrofits.

Certainly, these costs will increase the cost of electricity. However, they should be seen as the internalisation of costs which so far were being borne by the others. Such internalisations of externalities are to be welcomed as a step in the right direction. Much more needs to be done and thermal electricity generation also needs to account for and internalise the burden of coal washeries, ash management etc. This will allow the price of electricity to reflect its real costs.

Response of the industry

So far, there has been little response from the power generation industry to these regulations, at least in the public media. However, in a recent conference, several industry representatives articulated their concerns.

Some of these include (a) Too little time (two years, as per the notification) given for complying with the new standards (b) Difficulty in obtaining the finance necessary to carry out the changes (c) Difficulty for distribution companies and consumers to absorb the higher tariffs and (d) Not enough capacity with equipment suppliers to meet the sudden surge in demand as many plants go for retrofits at the same time.

However, some representatives at the same conference also suggested that there is enough capacity with the equipment manufacturers, particularly if we consider international and Chinese suppliers, to meet the demand.

These reactions of the industry are along the expected lines. However, there is no escape from the fact that if we want a cleaner environment, then the costs will have to be internalised. It’s not as if these are new costs.

These are costs that are being already being paid – but by others, like the communities living close to coal mines and power plants, who are paying with their health and deteriorating quality of life.

The final test of these regulations will be in the implementation. For this, three important things are necessary. First of all, there needs to be a readiness in the industry to meet the norms. Second, the government, particularly the CEA and MoEFCC should have the political will to implement these norms. Last but not the least, vigilant citizen interventions are a must. For the last, MoEFCC must ensure full transparency and public availability of all information. In particular

If the MoEFCC takes these steps, it will greatly aid participation of citizens, local communities and affected people in the implementation of these regulations, increasing their effectiveness. This will complement the initiative taken by the MOEFCC to bring in for the first time legally binding limits to water consumption for thermal power plants.

URL for this article
http://indiatogether.org/proof-will-be-in-the-eating-environment