OPINION
Why I will not fall for the ‘Vote for PM’ trick
As India votes in the midst of a rising campaign crescendo that pits one individual against the other, Subramaniam Vincent urges the electorate to prioritise a 'better parliament.'
16 April 2014 -

Alright -- so, many of us across the country are getting ready to vote. Some states have already completed polling but a large number of constituencies are yet to cast their vote.

How do you decide? This election in particular has seen massive interest from all around the country. However, at least some of this interest is generated because of the rather silly way in which the Congress and BJP are continuing to differentiate themselves from each other, when the reality is far murkier.

See through the 'vote for PM' distraction

Firstly, on the BJP’s ‘Modi for PM” campaign, this country does not have a presidential system of government, at least yet! It will take a constitutional amendment to make that happen. Prime Ministers run a cabinet form of government, and the cabinet is formed from the party (or the alliance) that gets the largest number of MP seats in the Lok Sabha. Cabinets are where power is really shared in a pluralistic society such as ours.

The leader of the party with the largest number of seats typically becomes the prime minister. Also mid-way through a term, if the party in power decides to change heads, or if the leader resigns, then the prime minister also changes, even though the same party may remain in power. This has happened in the UK fairly recently. Gordon Brown took over from Tony Blair as head of the labour party and prime minister, when the latter resigned.

In India, this time, the BJP declared Narendra Modi, the Chief Minister of Gujarat, the prime ministerial candidate. The announcement was made last year, well before the elections. Since then, the language around the campaign made it look as if Modi as PM would function and lead change in the same way as a US President does. 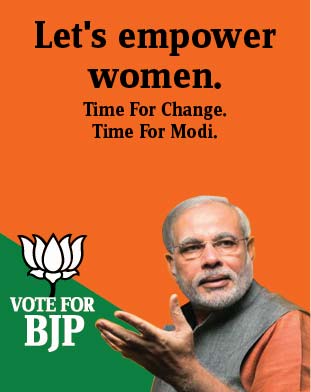 Note this: a US president does not head a cabinet government formed out of Congress. US presidents appoint officials of their choice to head various departments of the US government, and that team functions like a cabinet reporting to the president. The president is a completely separate branch of power from the US Congress. In the parliamentary system, this separation is weaker. The government itself is formed out of elections to parliament. So, do not buy into this campaign of ‘someone for PM.’

On its part, the Congress and the UPA did not respond formally to this with their own PM candidate. While formal and informal sources kept saying Rahul Gandhi will be PM if the UPA wins, Gandhi himself has said he will be prime minister only if his MPs decide that. However, media, and television media in particular, has stuck to this presidential-style comparison and blown it out of proportion. Constant coverage of  “Modi vs Rahul” and then later “Modi vs Rahul vs Kejriwal” has, wittingly or unwittingly, only helped frame the elections discourse along the lines the BJP wanted.

So why does this matter when you decide to vote for your MP this election?

It matters because it can confuse voters when they see so many emotional messages on secularism, communalism, development, leadership etc. and very little of it focused on the stature, nature, record and calibre of their MP candidate himself.

If this election is only about who should be prime minister and who should not, then the local MP candidate is unimportant, is he not? If that is so, why have an MP representing the constituency in Parliament at all? Just vote for a party and let the party head run the country!  Unfortunately, things have already started going that way in this country with parties often issuing whips for major votes in parliament, taking away the independence of MPs voting on key economic and social issues.

But, let’s cut to the chase now. This IS a parliamentary system and the elections to the Lok Sabha are not held for who will become prime minister.

Do not let the rhetoric of a referendum on who will be a better prime minister decide the MP who represents you and your constituency in Parliament. The Government of India is formed out of the Parliament, it is not elected directly. Whether we like it or not, this is the system.

Parliament is both the supreme legislative body of the nation and is also supposed to be a watchdog on the central government, carrying out the latter role through its questions and debates.

Let not the rhetorical referendum take your eye off the direct role that MPs play in Parliament. They are supposed to debate key national issues such as fuel pricing, LPG subsidies, price rise, funding for massive public transportation projects such as Metros and commuter rails, and bring the local perspective of their own constituencies as well as their broad experience as policy makers and public figures to bear upon these debates. Several key issues in the country that impact quality of life, for instance, involve Central Government decisions that Parliament, and hence parliamentarians, can call into question.

What has been happening in India is that all major parties have over the years eroded the voice of independence in legislators, be it MPs or MLAs. Everything has become personality-driven or party-driven or driven by the compromises necessary for coalitions to stay in power.  The BJP’s move, therefore, to run a campaign to vote for a single person as prime minister is indicative of India continuing to be on a slippery slope as far as parliamentary sanctity is concerned. In doing so, it has further belittled the voice of the individual MP.

Furthermore, we have seen Parliament being disrupted by almost all major parties, MPs behaving like hooligans and more. When this happens, everyone complains and wails that precious public money and time is wasted. Key bills are not passed and blocked. When you vote this time, note that all this is not because we elected the wrong or the right prime minister. That happened because we elected the wrong MPs!

In campaign trails around the country, local BJP MLAs have introduced their sitting MPs or MP candidates, and implored people to vote for the latter as it would translate into a vote for Narendra Modi. In effect, this is like saying: Do not judge your MP by his own performance or record in representing you in Parliament, just vote for him because you want to bring in so-and-so as prime minister. 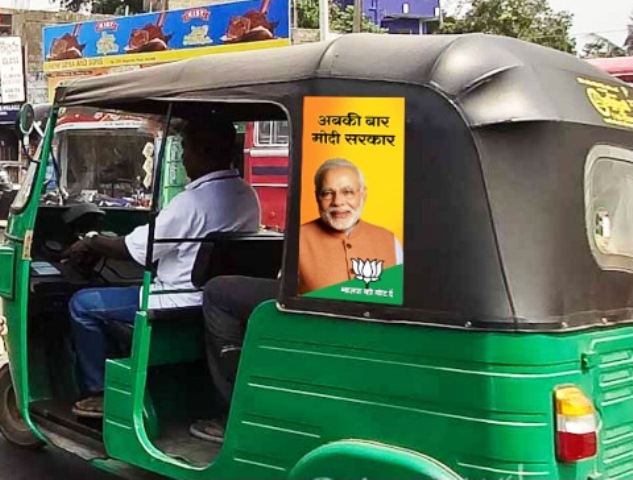 This belittles our Parliament itself and our MPs, and must end. And it can end this way.

Your power is with your vote in your constituency. Make that choice for your constituency based on all the candidates in front of you. Do not pick the Aam Aadmi Party just because of Kejriwal’s credentials, no more than you would pick the BJP for Modi’s world views. And do not pick a Congress candidate in the faraway hope that ‘youthful Rahul’ will reform that party.

We want a better Parliament

Keep the focus on one simple thing: this country needs better and better people to enter politics at all levels: from Parliament to state assemblies to panchayats, city councils and ward committees. This is the need of the hour.

We do not want the old snake oil or chimneys from the smoke-stack economy. We do not want people who revel in using caste, religious cleavages, corruption, language, and patronage, whether directly or indirectly, in their own parties or with allied parties.

Just use all available media to scan facts about your candidate; also study facts they have shared about themselves through affidavits to decide the best and most capable leader to vote for. There is a better chance of more clean people entering parliament this way than otherwise.

And this, first and foremost, means a better parliament itself! What purpose does a general election serve if we keep electing the shoddiest legislators? A better parliament that runs less on mobs and disruptions in the well of the house and more on debate and accountability is the need of the hour in India.

In fact that needs to be the goal of a parliamentary election, far more than having to choose between allegiances to a party-turned-dynasty, a “development-mughal” being promoted as prime minister, or a crappy alliance of equally corrupt regional parties.

The good news is this. As it turns out, change is the flavour in the air and around the country, better candidates have gotten tickets from mainline parties this time than before. In Bengaluru, India’s southern beacon for the anti-corruption movement, several clean or ‘cleaner’ image candidates are running.

In fact in Bengaluru, it is bit of a conundrum. Voters appear to be faced with a choice of multiple ‘clean’ candidates in the Parliamentary races this time. This situation may be there in other cities too, especially the ones where the anti-corruption movement was loud and visible. What does one do?

Pick the one whose party manifesto and ideology matches your ideas for India.

Or, pick the one whose leadership and persuasion skills you feel are most needed, because change making and fighting corruption in the country is not just about being ‘clean’ oneself. It is about rising further in stature within the party itself, and being the force for change in one’s own party, whichever that may be.

Also, when you are reading manifestos, look beyond the obvious. No party will say they are anti-development, once development itself has beenn reduced to construction of roads, flyovers, reckless industrialization, economic growth and jobs.  What India needs is more democracy and more decentralisation of power.

Development, and more equitable development, will come about automatically if you strengthen democracy in the country first. To me democracy and rule of law is the means. Development is the end. We need to strengthen the means. Elections are good for that.  By distracting voters with ‘development’ promises, all parties have ensured that real lack of democracy at local and national levels goes unquestioned.

One, anti-corruption is not an ideology in itself. For our society to progress, all parties will have to come around and clean up their act, and our society itself has to embrace ethics as a way of life, rather than otherwise. Today, one party may respond more effectively to the frustration of the people and win more seats. You can help trigger a larger change by voting for good candidates everywhere, and sooner or later other parties will come around.

Two, do not fall for the rhetoric of “who will be PM”. You may end up sending a corrupt or incapable or inaccessible legislator back into Parliament!

Subramaniam Vincent is co-founder and editor at India Together. This opinion has been simultaneously published in Citizen Matters, Bangalore

URL for this article
http://indiatogether.org/why-i-will-not-fall-for-the-vote-for-pm-trick-op-ed