RIVER REJUVENATION
If the Ganga is so hot, can the Yamuna be far behind?
With the thrust on rejuvenation of the Ganga by the Narendra Modi-led government, rivers in India have become the focus of attention from several international players. Manoj Misra points out how this may explain some recent statements from the government's partner in Yamuna restoration, the Japan International Cooperation Agency.
03 November 2014 -

With the thrust on rejuvenation of the Ganga by the Narendra Modi-led government rivers in India have become the focus of attention from several international players. Manoj Misra explains how this may explain some recent statements from the government's partner in Yamuna restoration, the Japan International Cooperation Agency

The Ganga may be hotter but Yamuna is hot too, with a number of suitors now trying to chase it, thanks to Prime Minister Narendra Modi’s often expressed desire for a rejuvenated Ganga. But Sinya Ejima, the JICA (Japan International Cooperation Agency) chief in India takes the cake when he expects to drink the Yamuna waters in Delhi in 2017 (thanks to JICA’s assistance to the Yamuna Action Plan, YAP).

But is there more to this public declaration of bravado by Mr Ejima than that meets the eye? Let us try and decipher.

It was way back in 1993-94 when the Government of India launched the Yamuna Action Plan with an objective to “bring the water quality of the river back to bathing level” with JICA’s (then called the JBIC) assistance. In popular scientific ‘pollution’ parlance, it meant achieving a BOD (Biological Oxygen Demand) level of 3 mg per litre all through the length of the 1376-km river from Yamunotri till Allahabad. 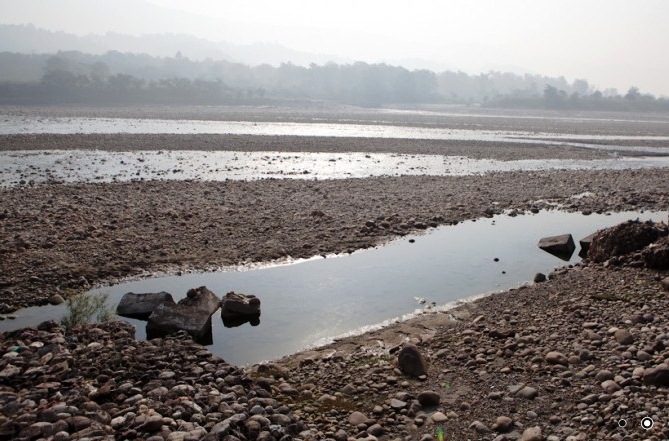 The Yamuna is in dire need of help: The United Nations has declared the river downstream of New Delhi to be officially “dead.” Pic: yamunanetwork.com

The Yamuna Action Plan was implemented much like its predecessor Ganga Action Plan (GAP) -- as primarily a pollution abatement effort in 21 cities in Haryana and UP, and the National Capital Territory of Delhi; it claimed to have created a total sewage treatment capacity of 753 MLD at a total cost of Rs 682 crore.

YAP II began, again with JICA assistance, in 2003 at a total cost of Rs 624 crore for abatement of pollution of the river Yamuna in Delhi, UP (98 towns) and Haryana (6 towns). It claims to have created additional sewage treatment capacity of 189 MLD.

Yamuna Action Plan III, again with JICA andwith a projected life span of 7 years, is currently underway since 2012 and is aimed once more at pollution abatement in the city of Delhi. The cost estimate of YAP III is Rs 1656 crore and its components include rehabilitation of damaged trunk sewers in the Kondli and Rithala catchments, rehabilitation and modernisation of STPs at Okhla, Rithala and Kondli in tune with the sewerage master plan under preparation for the city.

Against all the above mentioned efforts, tall claims and money spent (largely national debt), the Central Pollution Control Board, in response to the Supreme Court of India, reported in March 2012:

“River Yamuna is not conforming to the desired levels from Panipat downstream to Agra downstream due to higher concentration of one or the other criteria pollutants.” The report added that the “efforts of state governments of Haryana, Uttar Pradesh and the National Capital Territory of Delhi for collection and treatment of waste water are not showing improvement in the water quality of river Yamuna.”

Clearly, all past efforts at the ‘cleaning’ of river Yamuna mostly with JICA assistance have failed.

So, what could have prompted this new found source of energy and bravado as shown by the JICA chief in India at a presentation at the India-Japan joint working group meet on Urban Development on ‘JICA’s Operations In Urban Sector in India’ in Delhi?

It is no longer a secret that following Prime Minister Modi’s clarion call from the ghats in Varanasi for the rejuvenation of river Ganga (and by implication its tributaries like Yamuna), there has been a sudden and newly-found interest in rivers of India among countries such as Holland, Germany, France and Australia (to name but a few), and a regular stream of experts/visitors (read consultants) from these lands can be found making the rounds of the corridors of power in New Delhi.

All this could be unnerving and a turf threat to any ‘established’ provider of goods and services in the name of river cleaning in India, say the likes of JICA, and that could possibly explain the tall rhetoric by its chief in India.

However, the so-called river ‘cleaning’ route focused on pollution abatement as the primary means of river ‘rejuvenation’ is in our understanding fundamentally flawed and hence destined to fail. Results of all past similar efforts validate that stand.

If only we could begin adhering to the basic principle of a ‘river’ and ‘sewer’ not meant to be mixed, and if all sewerage improvement works (which incidentally is the main component of JICA assistance) in cities of India could be treated and planned as part of the strategy of ushering in sound urban management, rather than river rejuvenation, the results would probably be much better. The sine qua non for any river rejuvenation is the restoration of its flow in its most natural state.

However, if true to his words, Ejima with his tested but (unfortunately) failed pollution abatement efforts can still manage to restore the Yamuna enough to swim in it and drink its waters in the year 2017, we would love to toast him as a national river restoration icon.

The author is the convener of Yamuna Jiye Abhiyaan. This article was originally published by the South Asia Network on Dams, Rivers and People (SANDRP) and has been republished here with permission. More from SANDRP can be read here.

URL for this article
http://indiatogether.org/yamuna-river-rejuvenation-plan-by-jica-environment