OPINION: BAN ON 'INDIA'S DAUGHTER'
Give us the strength!

Tara Krishnaswamy takes a brutally honest and incisive look at Indian society to argue why far from being banned, India’s Daughter – the BBC documentary on the infamous 2012 rape and murder in a Delhi bus – should actually be made compulsory viewing for the Indian audience.

I have not seen India’s Daughter. I don't want to either. Even reading about rape rends the gut and leaves the stomach clenched. It is harrowing to be subject even to a cinematic enactment; I try to avoid such movies. So, an interview of those concerned with a real incident of rape, especially Nirbhaya's was simply out of bounds.

The mere thought of watching it terrifies me.

Ironically, some feminists and the misogynists seem to agree on one thing. Banning it is best. The country needs protection from the views of Nirbhaya's parents, the Delhi police, the lawyers on the case and the rapist amongst others.

As a political animal and a staunch devotee of women's freedom, I have read about India's Daughter. I do not want it banned.

However, I do care for the opinions of the other people connected to that tragedy. Why?

It is because those opinions are exactly what we as a society need to hear. Need to hear loudly and emphatically. The narrative is so shameful and dehumanizing that it must be heard by the entire country.

The people in that documentary are us. They are who we are: Custodians of the law who brazenly expound burning women for being outdoors after 9 PM; the police with their in-your-face objectification of women; uniformly brutal and regressive attitudes devaluing the very existence of women as living, thinking, feeling beings.

As a people whose arrogance for our own culture is immeasurable, this documentary is simply cognitive dissonance. It is a challenge to a collective logic to grapple simultaneously with the glorious, impossibly perfect Indian culture while gazing into this mirror of horrors. It is an affront to an imagined decency, a testament to the daily indecencies in Indian minds and streets.

Everyday people like you and me are deeply misogynistic. You don't believe it? You think these people are an aberration, an anomalous few, a blip in the statistic?

India Spend's recent survey along with the Children’s Movement for Civic Awareness (CMCA) in both Tier 1 and Tier 2 cities across India, North and South and East and West, of school and college students reveals this:

That is what the survey outcomes show: A deeply ingrained attitude of inequity, hierarchy, patriarchy and a feudal mentality at a tender young age.

Dismal policing affirms that when rapes happen. Khattar and the Khaps affirm that every time they open their mouths. Elected MPs affirm that. Drivers, musicians, industrialists, software engineers, teachers, house maids, construction labourers, pilots, passengers, students, all affirm their regressive attitudes. And the MHA affirms that by banning this.

We know that we will be so deeply affected by the glaring truths in the documentary that it kills us to allow it for ourselves. It will be a traumatic experience for parents to accept that their young sons and daughters are bigoted against the female gender; spouses will be appalled, friends stunned. 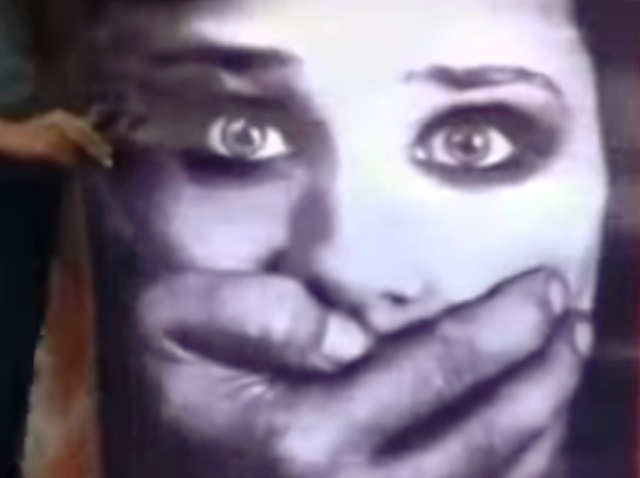 Culture is a work in progress. Always and forever.  As much as we celebrate the ennobling, uplifting and sheer beauty of Indian culture, we must also candidly acknowledge its fundamental flaws. We must admit that as a society, we have collectively failed the female gender in every way.

Acceptance of any failure is the first step to change.

If we accept India's collective failure with women, if we let ourselves watch the horror that is India's attitude towards women, if we hang our heads in shame, if we stop pretending, we could change. Possibly.

Mr Rajnath Singh, the government is now by, for and of the BJP.  Your party has paraded an endless supply of misogynists. Make the country watch this. Or at least let the country watch this. And take the lead by standing up and taking responsibility for short-changing the women of India and personal ownership to fix that. And ask all citizens to do the same.

Nirbhaya, give us the strength!

The author is Chair of National Strategy Commitee, Loksatta Party. In her own words, she is "passionate about filter coffee, Telugu jaavalis, caste, race and gender politics."

URL for this article
http://indiatogether.org/why-india-s-daughter-documentary-on-delhi-rape-should-not-be-banned-op-ed