WATER SECTOR GOVERNANCE
National Water Law needed, but not this!
Legislation to regulate and administer the country's water sector is a crying need, but the Draft National Water Framework Law recently submitted by the Alagh Committee is a disappointment. Shripad Dharmadhikary explains why.
30 June 2013 -

Whenever a dispute erupts between states over the sharing of river waters, or when the talk of interlinking of rivers rears its head during discussions on flood or drought, a number of people lament that the root of the problem is that water is a national asset but is falling prey to narrow parochial interests of the states as they control the water. There is then a clamour to declare water as a national resource and shift water to the Union List or at least the Concurrent List in the Constitution, empowering Parliament to make laws related to water and putting power in the hands of the central government to regulate and administer the water sector.

Such a step carries the grave risk of being counter-productive, leading to centralisation of control, when the real need is for more decentralisation in planning and managing water resources. However, there is certainly an urgent need to arrive at a common understanding at the national level on the basic perspectives and principles that should govern the water sector, and enshrine these into the legal and policy framework. 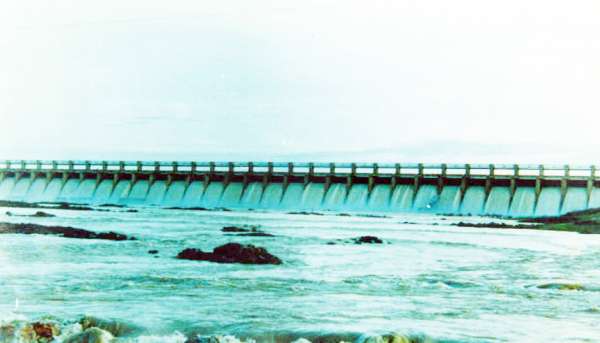 It is precisely to address this need that the Government of India has in recent years initiated steps to work towards a National Framework Law on Water. A committee to draft such a law, headed by former minister of Power, Science and Technology of the Government of India, Dr. Y.K. Alagh has just submitted its report to the Ministry of Water Resources in the last week of May 2013.

This committee itself comes at the end of a long process where several people and groups pushed for a common understanding and for such a framework law for the water sector.

As the report of the committee itself acknowledges, the development of a National Water Policy - when water is essentially perceived and de facto treated as a state subject - is a clear indication of this felt need. The committee report states, “It is this recognition of the need for a minimal national consensus on certain basic perceptions, concepts and principles that led to the adoption of the National Water Policy (NWP) of 1987, 2002 and 2012. However, a national water policy has no legal status. A national water law is, therefore, necessary to make the tenets of such a consensual statement justiciable.”

The fact was that many important principles and perspectives governing the water sector were emerging over the last few decades, but there was (is) no legal backing to institute them as a part of the sector governance. This was the main factor behind the felt need for such a law. As water remains essentially a state subject, and as this law was more to provide the principles and perspective for governing the water sector, it would have to be different from the normal laws. Therefore, it has been conceived of as a “framework” law, in that its essential function is to provide a framework, albeit one that would be legally binding and justiciable, as that is the very purpose of having such a law in the first place.

The National Commission for Integrated Water Resources Development (NCIWRD), set up by the Ministry of Water Resources (MoWR), presented a review of the legal and institutional framework for the water sector in the country in its report in 1999. It observed that there is no legal backing for many of the vital concerns that have arisen in the field of water resources development and emphasized the need for formulation of a comprehensive National Water Code.

While preparing the 12th Five Year Plan, the Planning Commission set up several working groups to provide inputs. One such group was the Sub-Group on National Water Framework Law (as part of the Working Group on Water Governance) headed by former Secretary, Water Resources, Prof. Ramaswamy R. Iyer. This was quite apt as Iyer has been one of the foremost, long-time, and consistent advocates of such a law. It is not a coincidence that he was a member of the National Commission for Integrated Water Resources Development (NCIWRD), as well as responsible for drafting India’s first national water policy (of 1987) as water resources secretary.

This sub-group prepared a Draft of the Framework Act, and submitted it to the Planning Commission.

The 12th Plan document subsequently has incorporated the need to bring in such a law, as has the new National Water Policy, adopted in December 2012. This emphasises the urgency and the importance of such a law in the Indian situation as well as the emerging agreement on the need for it.

As water remains essentially a state subject, and as this law was aimed to provide the principles and perspectives for governing the water sector, it would have to be different from the normal laws. Therefore, it has been conceived of as a 'framework' law, in that its essential function is to provide a framework, albeit one that would be legally binding and justiciable.

•  A paradigm shift in water
•  One state, many demands

The importance and the far reaching scope envisaged for the Framework Law is seen from the Terms of Reference given to the Alagh Committee by MoWR. The TOR states:

“Even while it is recognized that States have the right to frame suitable policies, laws and regulations on water, there is a felt need to evolve a broad over-arching national legal framework of general principles on water to lead the way for essential legislation on water governance in every State of the Union and devolution of necessary authority to the lower tiers of government to deal with the local water situation. Such a framework law must recognize water not only as a scarce resource but also as a sustainer of life and ecology. Therefore, water needs to be managed as a community resource held, by the state, under public trust doctrine to achieve food security, livelihood, and equitable and sustainable development for all.”

Unfortunately, the actual draft Bill provided by the Committee belies the expectations set by the TOR, and falls far short of what is expected from such a law.

Before we go into the details of the draft Bill itself, it is useful to raise another pertinent question. What was the need for a second draft to be prepared by the MoWR when there was already a draft submitted by the Iyer Sub-group to the Planning Commission? One can infer two reasons for this from a reading of the report of the Alagh Committee. One, it says that MoWR was of the opinion that “the National Water Framework Law needed to be evolved through wider consultations with all stakeholders, particularly the State Governments.” However, there does not seem to be any evidence of any consultations with the state government by the committee.

Another reason mentioned in the report is that the Iyer committee draft “stipulated ideal propositions but lacked stipulations for actions by Central / States Governments” and “was mostly a statement of principles".  It’s true that the Draft Act which has been put out by the Iyer committee has a large number of fundamental propositions. However, the articulation of these principles is precisely the fundamental rationale for the Framework Law.

The Water Policy 2012, for example, calls for the Framework Law to be "an umbrella statement of general principles governing the exercise of legislative and/or executive (or devolved) powers by the Centre, the States and the local governing bodies,” and of course, that it should “recognize water not only as a scarce resource but also as a sustainer of life and ecology.” This is what the Iyer committee has provided. It’s true that these principles would need to be further sharpened because the aim to bring an Act is to make these principles legally binding and justiciable. This means that they would need to be defined more precisely so as to enable proper (judicial) interpretation.

However, the Alagh committee has not done that. Instead, it has re-drafted the Act, and in essence has either diluted many of the principles, or has failed to enshrine the nature of water as a “sustainer of life and ecology” or the principles needed to ensure “food security, livelihood, and equitable and sustainable development.”

For example, the Iyer draft starts by articulating the basic nature of water as heritage of humanity, the duty of all - State and citizens - to protect and preserve all water resources, the need to recognise and preserve the integrity of water bodies like rivers, and the principle of minimum interference in existing natural flows. The Alagh draft, on the other hand, starts the section on the Basic Principles with the clause “The planning and management of water resources shall be integrated appropriately with the management of all resources and shall take into account in an integral manner the local, regional, State and national needs.” Thus, the focus is on human needs.

The clauses following these do articulate the principles of ecology, equity, ecological flows etc. but the formulations are much weaker. Many other similar crucial principles, including participation, devolution of authority, data transparency etc. are weak or inadequate.

An example is the issue of basic right to water. The Alagh draft sees the right to water as being limited to only potable water. The Iyer Committee, on the other hand, defines the scope of the right as “water for life”, and provides that this right includes right of access to “water sources including rivers, streams, lakes, springs, and others” for tribal and other communities dependent on them.

While a complete analysis of either drafts or a comparative analysis of the two may be beyond the scope of one article, one cannot miss the important conclusion that the Alagh committee draft Bill, even though it has some useful provisions, ends up missing the very aim with which the Committee was set up. It runs the risk of creating a law that essentially maintains and supports status quo, and helps maintain the current principles and ways of managing the water sector.

For the Ministry of Water Resources, the need is now to initiate widespread consultations on the Framework Law. While the draft by the Alagh committee would be a useful input to these consultations, a better process would be to make the Iyer committee report the basis of discussion, and the aim to arrive at better and more specific and clear-cut articulations of the principles and provisions so that they are justiciable. The earlier this is done and the earlier the Framework Law drafted and legislated, the better it is, for such a Law is indeed needed urgently.

URL for this article
http://indiatogether.org/waterlaw-laws