The recently released film, Paan Singh Tomar resurrects a forgotten sports hero - Paan Singh Tomar. An army man who turned to sports, Tomar eventually became a seven-time national champion, and set new records in the arduous athletic event of steeplechase. However, his fame grew only after he turned to the Chambal valley, became a baaghi - a rebel, as he saw himself, but a common dacoit in the eyes of the law.

PST is a compelling two-and-a-half hour bio pic; it charts Tomar's journey right from his record-creating sprees in the 1950s, to his premature retirement from the army to settle land squabbles in his extended family, leading to his final resort to arms, and culminating in his death in a police encounter in 1981. Combining the genres of the sports film and the dacoit drama, the film arguably also chases larger questions - of neglect of athletes, social inequality, justice and the subversion of law.

A minor sub-plot in the film focuses on Tomar's personal life. He is shown enjoying moments of domesticity in the company of his wife and children. Tomar, the script convinces us, was a loving husband and father. He is portrayed as fiercely protective of his eldest son, Hanumanta, seeking vengeance when the latter is attacked by his uncle; later, as the film cruises along, we see him yearning for his adult son. He eventually finds solace, after reassuring himself that his son has a secure career in the army and has settled into matrimony.

These moments of intensity between father and son captured on screen are remarkable, given that in Indian cinematic tradition, fathers typically aren't nearly as anxious about their sons as the mothers are. We obsess about the mother-son bond both on screen and off it. Simultaneously, many classic cinematic images map troubled father-son relationships; - Awaara, Deewar, Shakti and Taare Zameen Par all come to mind, while films like Pa remain exceptions. 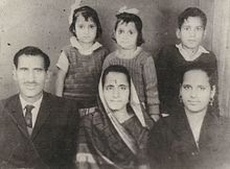 Of the only two freely circulating photographs of the athlete, one is family photograph which has - besides Tomar's wife and mother - two girls and a boy.

•  A cultural deficit too
•  Seven markers for gender balance

However, one is tempted to ask, whatever happened to Tomar's daughter - the little girl who after being born just silently fades away from the script as well as our memory? We see fleeting glimpses of the adolescent girl, but we don't see her studying. As far as one can tell from the film itself, she neither grows up, nor is educated, nor marries, unlike her brother Hanumanta. She just disappears! In fact, she remains unnamed throughout the film. When Tomar is home after another stint abroad, Tomar's wife (Mahie Gill), wanting to be alone with her husband, instructs their son Hanumanta to leave the house for a while, simultaneously reminding him to take his sister along, "behen ko saath le jao", and that is the last we hear of the girl.

I am tempted to read these silences in conjunction with the low premium placed on the lives of little girls in most parts of north India. When the script writers are commended for admirably capturing the local flavour, one is chillingly reminded of the fact that Morena (the district that Tomar hailed from) has one of the worst Child Sex Ratios in the country. Further, this district is notorious for a history of female infanticide, and also has male-female ratios which are increasingly skewed for the upper caste Tomars.

The problem in India, controversially, is that of 'missing girls' more than 'missing females' - millions of girls not do not survive to adulthood. Differential access to health and nutrition lead to attrition of girl children. Little girls are grossly undervalued and the system generates strong disincentives to the raising of daughters. Further, societal norms privilege hypergamy and upholding caste pride, hence a daughter's father is convinced that his ultimate 'duty' towards his daughter rests in arranging a suitable (read 'correct' caste-class) match for his daughter. Burdened by the consumerist avatar of dowry , most parents dread the humiliation that they have to undergo not only during a daughter's lavish wedding but the slew of gifts that they'd have to line up following all life cycle rituals in the married daughter's household, an endless cycle of continued obligations without any economic return.

Even an increase in average age of marriage has not helped; it has instead meant that apprehensions around the daughter's sexuality are stretched over a longer period than earlier. Daughters are therefore naturally associated with a double loss. First, daughters leave the natal family following marriage and so the benefits from investments made in their upbringing accrue to the 'new' family. This is compounded by the burden of expenses of their wedding. 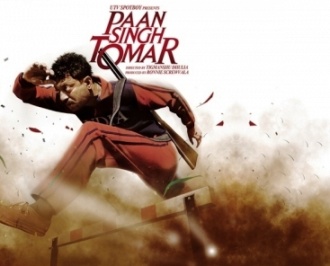 The sense that daughters are a drain is suggested in a very telling moment in the film. Tomar remits a large portion of his income home, keeping little to himself. When questioned, he simply announces, "Hamari wife ko beti hui hai" (my wife has given birth to a daughter) indicating clearly the cut on the father's rations on one hand, and the need to start saving on the other, upon the arrival of his daughter.

The female child is perceived as unwelcome addition to the family, deliberately neglected and callously treated. Unsurprisingly, daughter - aversion, as an emotion and practice has become the common sense with a life of its own. While parental choice to rear sons rather than daughters is easily explained, scholars now insist that a preference for sons logicallycoexists with discrimination against daughters.

Between reel and real, I felt the urgency to learn more about Tomar's unnamed daughter. Rummaging on the world wide web, I discovered that of the only two freely circulating photographs of the athlete, one is family photograph which has - besides Tomar's wife and mother - two girls and a boy. I delved into the maze of various accounts about the real Paan Singh Tomar, all stimulated courtesy the buzz around the film, and searched for Tomar's daughters.

In piecing together Tomar's story, I discovered that some journalists have privileged the narratives of the sarpanch of Bhidosa and Tomar's nephew, Birendar Singh Tomar, whose father was among other kin murdered by Paan Singh Tomar. Some others have focused on Tomar's surviving son, Souram Singh, or on other men in his life - friends as well as foes. 'Hanumant' is mostly missing, so I assumed that the film script had casually altered the name of Tomar's first born, just as it had transmuted the family composition.

Yet, my pursuit yielded many a surprize. In a lone report filed by a benign (female) journalist, it surfaced that Paan Singh Tomar had in fact fathered six children - two boys and four girls. Hanumanta died four years after his father's death in an accident, whereas '(A)ll his daughters are married and stay with their in-laws'.

While film makers do fictionalise biographies, I remain curious as to why the brilliant director Tigmanshu Dhulia, who also wrote the script, chose to drastically tweak the sibling configuration of Tomar's family, privileging the first born and invisibilising the daughters. It is, perhaps more a testimony of these times than those gone by.

As a final point, most reviewers are waxing eloquent about the realistic portrayals, fine performances, gripping visuals and the near flawless script of PST. I wonder whether the 'technologies of neglect' engulfing girl children have blinded reviewers to the sudden ejection of a little girl from a film script. The oversight goes 'unnoticed', just as millions of girls go - 'unmourned' in this country!

Namrata R Ganneri is Assistant Professor in the Department of History in SNDT College of Arts & SCB College of Comm & Sc for Women, Mumbai.

URL for this article
http://indiatogether.org/tomar-women