Summer in Kolkata
Branded as insipidly traditional and rather reluctant to keep up with the up-country changing currents, Kolkata has let itself be swept by a few Bollywood blockbusters. Summer holiday camps for kids and teenagers have taken the city by storm. Children are changing too, reports Kasturi Basu.
10 June 2005 -

Little Chhanda has no time to spare. The 7-year-old's summer vacation has started and she already has her bags packed for Joka on the city's outskirts. She would give you a strange half-smile if you asked her how she feels at last to be able to run away from the city and see more of her working parents and less of the maid who usually attends to her needs during the school days. Carefully clearing your misconceptions, Chhanda would explain that she is going with an organisation for an intensive seven-day training to develop her artistic skills and perceptions of beauty amidst natural environs and something not to be confused with another of those family trips. 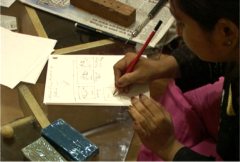 Or take the case of Sourav. Having stepped into his teens, he has now obtained the license from his parents to venture out furtherto the Darjeeling hills. He would be studying the topography and soil structure of the hills besides going through the usual rigorous routine of art classes and horse-riding lessons. For his friend and neighbour Sagnik, vacation is hardly a break from school. The 13-year-old rattles on about theatre and art workshops in the school that he has lined up for the entire vacation. He would look incredulous if you ask why he would want to be saddled with so many courses during his vacation instead of enjoying the holiday. But these are not courses, only summer camps and besides why would anyone wan to 'waste' a holiday with playing inane games of cricket?

Thanks to a number of Bollywood blockbusters, with a runaway hit like 'Kuch Kuch Hota Hai' taking the cake, summer camps have taken the city by storm. Branded as insipidly traditional and rather reluctant to keep up with the up-country changing currents, Kolkata has suddenly displayed a startling readiness to educate its kids! Starting from the auntie next door who, till last year, would desperately be trying to busy herself through the long summer afternoons by drying pickles, to the most prestigious schoolsall have caught up with this trend with amazing alacrity. Name any school of the slightest reckoning in town and you would have multiple summer camps running there. From week-long stint in basket ball, table tennis, karate or aero-modeling and ikebana at the plush schools to the more modest clay modeling and drawing camps in a house in the neighbourhood whose owner has some space to sparethe platter is spread for you to take your pick.

And this is separate from the classroom lectures as Sukanya Ghosh of the Seagull Foundation for Arts that has organised an Animation Workshop explains. Be it the British Council or the various schools or the Seagull Foundation, a visit to their workshops would show the amount of attention paid to making the whole package attractive to students. From the sitting arrangement and the decor, there is visible effort everywhere to recreate the world of Bollywood to allure the Anjalis and even their parents into a world of make-believe.

With these big names stepping on the camp bandwagon, even leading theatre groups are introducing their own range of 'summer specials'! Catch 'em young seem to be the motto be it a theatre camp by the leading group Nandikar or the graphic novel writing camp at the British Council. Publishers Seagull Books had an animation camp for children above 15 years. Pens, flowers, paper pulps, plasticthe young and not-so young came up with innovative ideas with all sorts of materials of everyday use said the elated organisers adding that the response has made them think of camps of a longer duration in future.

Dabbling with clay at an art camp. Pic: Seagull Foundation

For teenagers, there are rock-climbing and environmental study courses, er camps, outside the city. Camp organisers are making a beeline for places like Darjeeling, Kalimpong and even Gangtok. And it is the aptitude that is the basis of selection assert teachers and organisers, however, refusing to elucidate how a five or six-year-old's horse-riding or rock-climbing skills are tested prior to training or even after it for that matter.

Are the children having fun? Children want to go the camps either because their teachers at school have told them to, or they hear a friend going, or just for the joy of being on their own for some days as Sourav says. He is thrilled at the idea of going on an overnight journey on a train without his parents and staying there all by himself for 14 days and just as much at the idea of how he would be able to brag about it once he returns and the school re-opens. But he was quite bored with the camp he attended last year. It was a martial arts camp at school which turned out to be little different from the karate classes he goes for regularly.

There is a class divide. In spite of the British Council, the Seagull or a number of schools assuring that the camps come without any charge, only children from the upper-middle classes and affluent classes are seen to be attending. This is due to sheer lack of information among the lower income groups aided by the fact that the schools which circulate this information mostly cater to the affluent classes. But the summer camps by the auntie next door, although on a much lower level, try to replicate the bigger names and have a broader clientele. Children from more middle-class backgrounds have always found their way into these camps just for the sake of it. These children often do not have both their parents working.

In the meantime, some private organisations are not ready to miss the opportunity of making a fast buck. A three-day rock-climbing camp in Darjeeling or one of painting in Joka charges anything between Rs 7,000 to Rs 1,000. This is enough to cut a neat whole in the pocket of the already over-burdened parents who have had to shell out some thousands only a month back for the new academic session. Even a seven-day 'art camp' next door, which can hardly boast of anything more than the usual kindergarten drawing lessons except for the spruced up interiors of the place where it is held, would come for as high as Rs 500.

Nevertheless, parents especially working couples don't seem to be too bothered with this extra bit of expense. In fact this has even come as boon to many, albeit at a price! "I am glad I can send my son to a camp during the summer vacation. There is always something or the other happening. I have to leave home by nine in the morning and sometimes return as late as ten at night. I would have been very worried leaving my five-year old son under the supervision of a maid the whole day. There is no way but to send these children to the camps," says Mrs Nilima Das, software professional living in a rented apartment in the southern part of the city. Having to juggle between a five-year old, a career and a doctor husband with a more irregular schedule, this seems to be the best option available.

All thanks to the city's endeavours to keep up with the times, the increasing number of nuclear families and working couples  holidays are passé. Gone are the days when vacations meant piles of holiday homework neatly stacked away till the last few days before the school re-opens or thirty pages of handwriting and fifty sums under the strict surveillance of parents or grand-parents. Children no longer wait with baited breath for their parents to turn their back to silently slip out of the house in the noonday sun for a game of cricket or for that one day when their father would take time off from office to take the entire household for a film and dinner treat or that seven-day trip to their relative's house after months of planning between parents which they have eavesdropped upon from behind closed doors.

Enthusiasm in summer camps or the much-flaunted independence of children are indications of their fast-vanishing childhood and increasing loneliness, says one psychiatrist.  •  Teen suicides mount in TN
•  Hopscotch and skipping school

No doubt these camps stretch only for a week or fourteen days and the summer is longer. But often, children attend two camps in a row which leave little time for anything else. What is more important, is that there has been a change in their nature per se. Parents and siblings are often very 'boring'. They want to do something 'productive'. They don't want to waste time in a movie theatre when the same is available over a computer, and they don't want to play gully cricket any more.

Enthusiasm in summer camps and computer gizmos or the much-flaunted independence of children are only indications of their fast-vanishing childhood and increasing loneliness, says psychiatrist Dr Debashish Bhattacharya although the cautionary signs are often missed by their parents. The silent and too computer-savy child might be a more potential danger than can be imagined by parents, he warns.

Under the garb of tradition and much-acclaimed friendliness to its people and even to outsiders, has the city ironically ceased to be friends with its own children? (Quest Features & Footage)

The author is Kolkata based freelance journalist associated with Quest Features & Footage, Kochi.

URL for this article
http://indiatogether.org/sumcamps-children