BOOK REVIEW: SMOKE AND MIRRORS
An argumentative Indian look at China
Pallavi Aiyar's five years in China have produced a good read for those who are intrigued by the enigma of China. Why, for instance, does its authoritarian government enjoy so much legitimacy? Kannan Kasturi reviews Smoke and Mirrors.
16 October 2008 - 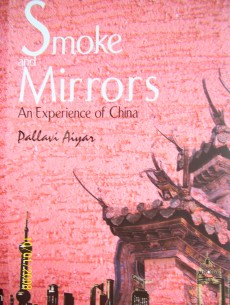 URL for this article
http://indiatogether.org/smoke-reviews