THE BUREAUCRACY
Righting the RTI
Shailesh Gandhi's work is proof that working in an accountable, democratic and transparent manner is possible in the official Right to Information machinery. Darryl D'Monte reports.
24 September 2009 -

Shailesh Gandhi is not one of our conventional Central Information Commissioners in Delhi. Gandhi completes a year in office this month and is a first generation entrepreneur to whom principles and India are paramount. He does not agree with the precept that "Patriotism is the last refuge of scoundrels"; on the contrary, he believes that "Patriotism is the first commitment of Citizens."

After graduating from IIT Mumbai, he started a small manufacturing unit with eight workers and eventually expanded to 500 employees. He dealt with top companies like Unilever, P&G, Amway, Pidilite, Dr Reddy's and so on but, uncharacteristically for entrepreneurs of his ilk, always insisted that all his machinery was Indian-made. He believed deeply in providing jobs as one of his priorities, and successfully proved this by creating one of the best companies which manufacture plastic bottles and caps.

He sold his business a few years ago to devote himself to a range of public causes, of which the Right To Information (RTI) movement was closest to his heart. When the Central Bureau of Investigation was desecrating the memory of National Highways Authority of India project director Satyendranath Dubey - who was murdered in Gaya in 2003 - and was terming it a case of 'murder for money', Gandhi tried unsuccessfully to bring it to the notice of the nation. In December that year, in recognition of his efforts in the Dubey saga, The Times of India interviewed him on the editorial page. The Bombay Times selected him among the stalwarts of 2003 with Anna Hazare, Mukesh Ambani and other prominent people.

He subsequently became one of the strongest advocates of the RTI campaign in India, for what he believes is a journey towards true Swaraj for India. He was invited by the Parliamentary Committee to give his views on the National RTI bill. 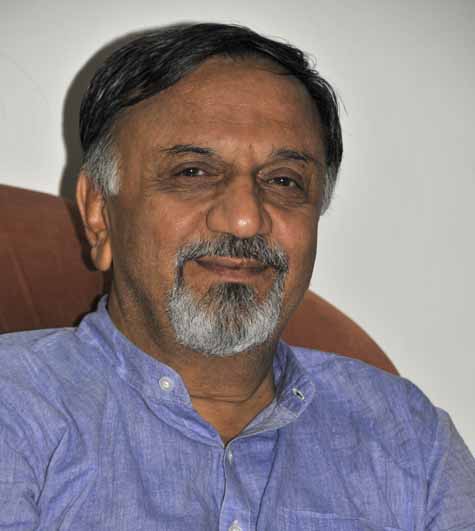 With his unlikely background and penchant of calling a spade a spade, many were surprised that he was appointed a CIC in September 2008, and thought that his tenure in Delhi wouldn't last very long.

Using RTI, he has managed to reduce political interference in police transfers, and has had other varied achievements. He was also engaged in a long campaign to curb corruption running into thousands of crores in the way public lands in Mumbai are leased or sold. He promoted a major campaign to empower citizens across Maharashtra to strive for a corruption-free Employment Guarantee Scheme by empowering them to use RTI. He spread the RTI message across various places and also wrote extensively on it. He was a working committee member of the apex National Campaign for People's Right To Information (NCPRI).

With his unlikely background and penchant of calling a spade a spade, many were surprised that he was appointed a CIC in September 2008, and thought that his tenure in Delhi wouldn't last very long. He had originally accepted the offer on the condition that he would only accept the post on a token salary of one rupee a year. He soon found that maintaining two homes, one in Delhi and the other in Mumbai, although his wife had joined him, was proving too heavy on his purse and had reluctantly to accept the salary and other perquisites. But, as this brief account of his commitment to ideals makes crystal-clear, he was hardly one to rest on his laurels and set about working as a CIC with redoubled zeal.

Measuring and auditing one's own work

Using his acumen for streamlining the process, Gandhi has created a flow-chart that instructs his office how to handle all communication received by it, and how to categorise each case using clear templates. Meticulous entries are made against each file, ensuring that things keep moving fast, while at the same time ensuring that the information is well managed and quickly retrievable.

Gandhi has also recently commissioned two young interns, Yutika Vora and Shibani Ghosh, whom he hired at his own expense to expedite the crucial work he was undertaking, to conduct in a sense an audit of his own functioning, the report of which was out this July. The 'auditors' note:

"The fundamental premise on the basis of which this office works is that law is time-bound. For the information to be useful, we have to ensure that it is made available within a reasonable period of time. One of the biggest strengths of the RTI Act, 2005 is that it requires information to be provided within a reasonable timeframe. If cases are not disposed within this time frame the spirit of this Act is severely undermined."

"The importance of the time element is apparent when one looks at the penalty provision. In fact, to ensure timely response by the Information Commission, the first RTI Bill of December 2004 had a provision that the Information Commission would dispose a case within 30 days. However, this provision was dropped at the last moment, without any explanation. Mr Gandhi's office believes that a timely response is essential and therefore makes strenuous efforts to ensure that cases are disposed within 90 days."

"Mr Gandhi believes that for the office to work efficiently, the office environment should be conducive to working in a timely and effective manner. He shares an interactive relationship with his staff which ensures that new ideas are first discussed and then implemented after everyone's views are taken into consideration. ... Everyone who works in the office, including the peons [original emphasis], works on a computer. Most of the employees of this office can perform most of the functions mentioned in this document. A guide document has been prepared to assist members of the staff and interns and to ensure the smooth working of the office."

This internal document provides sufficient evidence of how, if someone wants to work in an accountable, democratic and transparent manner, it is possible not only in the RTI official machinery but throughout the echelons of bureaucracy in the country as a whole.

A strong and steady pace

Is this possible? Certainly, going by his own numbers. Gandhi's office has been able to dispose of 535 cases on average every month during 2009, with 3212 cases in the first six months alone. Nor is he the only Commissioner to have achieved such figures. Annapurna Dixit has disposed of 345 cases, by clearing 2070 cases in the same period. Setting a target of 4000 cases a year, and achieving an average monthly disposal of 330-340 cases, the interns say, is not an impossible task; Gandhi and Dixit have proved it consistently.

Significant measures taken in this direction are a dialogue with Delhi University and communications with the Municipal Corporation of Delhi and University Grants Commission (UGC). A seminar was organised by Delhi University where Gandhi, among other eminent speakers, discussed the implementation of this clause in the University. It was attended by Heads of Institutions and Principal Information Officers (PIOs) of all colleges of Delhi University.

Each of the colleges was also given the form with regard to monitoring acivities. In the light of the recent controversy with regard to 'deemed university' status being granted by the UGC, Gandhi has directed the UGC to disclose information in accordance with their obligations under Section 4.

In a landmark decision recently, the Central Information Commission, with Gandhi and Dixit as commissioners, has ruled that agreements between the government and parties to any Public-Private Partnership projects cannot be concealed from the public and must be disclosed in their entirety.

Navroz Mody, on behalf of Bombay Environment Action Group (BEAG), appealed to the CIC after the request for a copy of the agreement between the Mumbai Port Trust (MbPT) and a consortium of companies led by Gammon India developing a container terminal for MbPT had been turned down. The MbPT and the consortium had contended that "furnishing such an agreement will have implications for various PPP projects being encouraged as a matter of government policy where the private parties need to be assured of confidentiality of their Business Plans, including Primary Design criteria, Financing Plan, operation and maintenance plan ..."

BEAG had argued otherwise, that "a PPP Agreement involving the nation's physical resources and its infrastructure, which had critical environmental, social and human aspects - could not be a matter between the bureaucracy of the government and the private party alone. The people of the country are entitled to know the truth about the PPP Agreements, in general as well as in their specific details." Opinions of the Planning Commission and the CAG, sought by the CIC also concurred with this call for transparency.

The CIC concluded that "It is therefore imperative that the PPP Agreements are made to embrace transparency rather than be cloaked in secrecy."

URL for this article
http://indiatogether.org/shailesh-rti