GOVERNMENT DISSERVICE
Promises made to be broken
The terrible mid-day meal tragedy claiming innocent lives in Bihar recently is just one in a long line of instances that reveal the abysmal quality of services and chronic breach of trust by the government. Sakuntala Narasimhan voices the angst of the people.
20 July 2013 -

Why is it that services provided by the government have a pervasive reputation for being ‘sub-standard” compared to alternative (private) providers? Does that make sense when we are supposed to be a democracy “for the people and by the people” for whom the government functions?

Take health and education, two of the important sectors that determine the quality of life for the people. A recent news report (May 2013) described how, at the Kidwai  Memorial cancer hospital in Bengaluru, mothers of children admitted as patients are required to clean the wards and toilets. Many a child patient under treatment for malignancy remains unattended while the mother is busy doing cleaning jobs. The doctor in charge, when asked for an explanation, justified the demands made on mothers to clean the place, saying that if they did not clean the toilets, their children would catch infection and die.

The low income groups for whom PHC health centres are set up try their best to avoid going to these centres because the doctor is never there. I investigated three such centres, one in a metropolis, one in a small town and one in a rural area, all chosen at random, and was told that the doctor in one merely comes at will, signs the register and pushes off, while the second one remains perpetually locked. To add to that, medicines are “out of stock” and have to be bought for a price at chemists outside. It is a well-known racket  drugs supplied to these centres are siphoned off by the staff for private sale, and patients are told there is “no stock.’ In the third one, there was no doctor and the ANM (auxiliary nurse and midwife) was under a cloud following a complaint of death through medical negligence.

Another recent news report described how, in Uttar Pradesh, ward boys were giving injections to patients though they were not trained to do this. Anganwadis, the government school centres for children of low income groups especially in rural areas, have no toilets (and it required a Supreme Court directive two months ago to order that this pathetic situation be attended to forthwith). 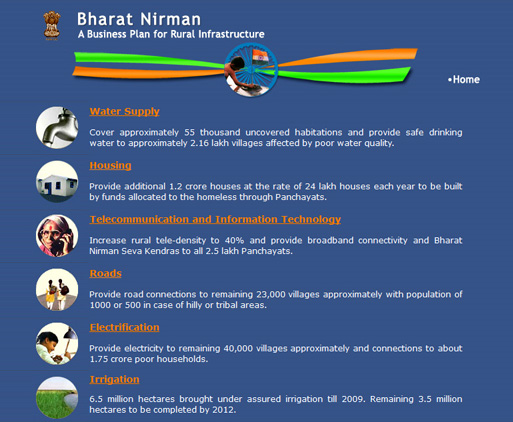 I have with me a half-page advertisement, published on  13 February 2011, issued by the government of India, showing two smiling children who say, “Now, coming to school everyday is fun” and extolling the midday meal scheme. I also have a news report from 6 June 2013, describing how  a dead  snake and worms were found in the food served to schoolchildren as midday meals. Fun? That’s not how the children I spoke to, put it. “We can’t eat that food, it makes me vomit,” said three of the five children  I sought comments from. A far cry from the “tasty food and a healthy diet” that the half-page ad boasts about. Promising something and not delivering amounts to the worst kind of disservice, especially when it is the government that is making these promises.

The more recent midday meal tragedy in Bihar, where 23 children (as of last count) have perished, is another heart-rending report. One bereaved mother has said, “They told me  that if I send my child to school he will get a nice meal -- if I had known that this meal would kill him I would not have sent him to school.” So it is not just the contaminated food that is under the scanner, but poor people’s perception of education itself -- which is shameful, even if understandable.

The Union Ministry of Rural Development put out an advertisement on 12 January 2009 promising Poverty eradication in India by 2015. Any bets on whether that deadline will be met? The union budget for 2005 even boasted of a frontal assault on poverty  assault, no less. If jokes could be cruel, this one is.

Further updates on this tragedy also unearthed several more deprivations in government services --  the nearest PHC had neither staff on duty nor medicines, nor hospital facilities, not even injection needles, forget about ambulances or oxygen cylinders. The politicians, in the meantime, claim there is “no money” for development schemes. No money? There seems to be plenty, in crores, when it comes to perks for the ‘netas’ or party publicity, with an eye on the elections in the offing. That publicity of course, trots out a list of impressive ‘promises’, for alleviating the lot of the downtrodden....

Ah, promises  I have a thick file bursting with reports of various promises made by ruling parties over the years, not one of which has been fulfilled. “Housing for All by 2010” says a promise made by Prime Minister Vajpayee in 2003 (all of ten years ago). “Slum free India in 5 years” says another promise, this one from the UPA government in 2009  and that deadline is less than six months away. The Karnataka government promised, on 3 April 2010, “24/7 water supply to all by 2013”. The reality is that even high income neighbourhoods in metropolitan Bengaluru are suffering water shortage. “Bangalore to be beggar-free soon” said another political pronouncement from the departments of social welfare and home, and the municipal corporation (BBMP), in January 2010. Pass by the grand entrance to the BBMP building in Bangalore any day, and you will see a couple of lepers sitting on the pavement outside the gate, seeking alms. The land allotted to the beggars’ colony is being snatched away for building a ‘convention centre’, if you please.

In 2008, then chief minister of Karnataka, H.D.Kumaraswamy promised that the state would be “hut free by March 2008”  (note: not just 2008, but specifically, March 2008)  and that a decision had been taken to build six lakh houses by that deadline. In truth, even the housing projects meant for low income groups in the city have fallen by the wayside, leaving hundreds homeless.

“Zero level poverty” was promised in the 95-page Congress election manifesto in (hold your breath) 1994, two full decades ago. Every study, whether from the World Bank or local think tanks, concedes that the gap between the poor and the rich has actually widened in the last decade. The union government’s ministry of rural development put out an advertisement on 12 January 2009 promising “Poverty eradication in India by 2015”. Any bets on whether that deadline will be met? The union budget for 2005 even boasted of a “frontal assault on poverty”  assault, no less. If jokes could be cruel, this one is.

And so it goes, the pile of clippings from my file testifying to a massive ‘disservice’ by successive governments, despite court orders and Constitutional guarantees.

The teaching in government schools is so atrocious that even indigent families try to send their children to private schools to get a decent education. A government rule requiring all children in state schools to be passed to the higher class automatically, ensures that even high school students cannot do basic multiplication and subtraction, and cannot read. In the name of education, the government is doing a great disservice to the future generation of citizens. “Total literacy by 2007” said another promise made in July 2005, by the then deputy chief minister Siddaramiah of Karnataka. Five years past that deadline, we are nowhere near anything like total literacy.

On 31 March 2011, the papers carried another large, half page advertisement with (of course) the mandatory photographs of ‘leaders’ Sonia Gandhi, Manmohan Singh, Krishna Tirath (minister for women and child development) and the tag line: Sathyameva Jayate”, boasting about “Taking care of Anganwadi workersthey take care of India’s future”. Those same anganwadi workers have been in the news in recent months, striking in protest against non-payment of salaries for months. If it is a question of lack of funds, note that housing allowance for newly elected ministers in Karnataka has been hiked from Rs 50,000 to a lakh per month. A version of “self-help” and “charity beginning at home”, and to hell with the indigent population?

Not just schools but even at the college level   the government first-grade college at Malleswaram (Bengaluru) hit the headlines in early May because although it was set up in 2007 and has 800 students enrolled, there is no electricity  but (here is the real punch line) electricity lines were laid at the college just before the assembly elections, in order to train the staff for election duty, but the power was promptly cut off the day after voting. Disservice seems to be an inadequate word for this kind of administration.

The same apathy marks other initiatives undertaken by the government  ‘Janata bazaars’, meant to sell grocery items at reasonable prices, have staff who are notorious for poor service to customers. Air India is in the news for all the wrong reasons  scientists attending conferences abroad are required by the department of science and technology, to fly only Air India, but when the airline cancels flights at short notice due to poor bookings, scientists end up spending much time and energy seeking permission for re-routing themselves,instead of focusing on their scientific work and paper presentations. Ministers and leading scientists invited to deliver keynote addresses at prestigious convocations find it fashionable to grumble about Indians not doing “world class research”  they can’t, if they have to negotiate hurdles of administration and logistics even in booking their travel, before they can concentrate on their professional work.

BSNL the state telecom service provider recently put out another half page ad saying  “working for a better tomorrow.” How about providing a better today? This public sector service has reportedly run up losses exceeding Rs 20,000 crore in the last three years. As has Air India. Why bother to work efficiently, when it is public money that is being frittered away through callousness? By the way, Air India’s fares are higher than competing airlines’, but when it is the government that pays and reimburses, obligations of competitive efficiency fly out of the door.

URL for this article
http://indiatogether.org/services-government