NAXALISM
Social banditry
In their readiness to identify with the oppressed, Naxalites are in contrast to the bureaucrat, the politician and the police officer, but they are not revolutionaries, writes Ramachandra Guha.
22 December 2009 -

The novelist and critic, C S Lewis, said he had no time for those who thought that since they had read a book once, they had no need to read it again. The great works of literature were to read again and again. The urge to go back to a book was prompted sometimes by aesthetics, the desire to savour once more its artful or elegant prose; and, at other times, by the sense that one would learn something new on a second reading. Thus, it is said that War and Peace makes one kind of impression when read while young, quite another when read in middle age.

My own tastes run in the direction of non-fiction, but at least in this sphere I think I am exempt from C S Lewis's strictures. Among the books I go back to are autobiographies, such as those written by Neville Cardus, G H Hardy, Mahatma Gandhi, Verrier Elwin, Salim Ali and Leonard Woolf. I have also read Tagore's tract on nationalism three or four times, and C L R James's Beyond a Boundary at least once every other year.

These return journeys have chiefly been undertaken for pleasure. However, I recently reread a book for instruction. Like some other Indians, I have been thinking a great deal recently about the rise of the Maoist movement in the country. Who or what are these Maoists? Are they, as the home ministry tells us, a bunch of thugs and murderers, or are they, as some left-wing intellectuals claim, idealistic and high-minded revolutionaries who shall create a society free of evil and exploitation?

In search of answers, I went back to a book I had first read 25 years ago. In the 1980s, while writing a doctoral thesis on peasant resistance in the Uttarakhand Himalaya, I had read the works of British social historians who had written about lower-class protest in early modern England. Within that vast and once very influential literature, I thought that one study in particular might help clarify my ideas about the Maoists now active in central and in eastern India. This was E J Hobsbawm's book, Bandits. 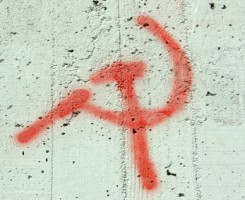 Hobsbawm observes that in several countries and historical epochs (as for example, early-20th-century Mexico), bandits had joined revolutionary political struggles, "not because they understood the complexities of democratic, socialist or even anarchist theory, but because the cause of the people and the poor was self-evidently just."

•  Naxalism: Rethink needed
•  Neither law nor justice
•  Feeling left out

And so I read that book again. I learnt (or learnt afresh) that there is an important distinction to be made between the ordinary criminal and what Hobsbawm calls the "social bandit". Whereas the former is despised by poor and rich equally, the latter "never cease[s] to be part of society in the eyes of the peasants (whatever the authorities say)". "The point about social bandits," writes Hobsbawm, "is that they are peasant outlaws whom the lord and state regard as criminals, but who remain within peasant society, and are considered by their people as champions, avengers, fighters for justice, perhaps even leaders for liberation, and in any case as men to be admired, helped and supported."

Hobsbawm was writing about another continent and another century. Still, his book does seem to speak somewhat to the India of the present. In an evocative passage, he writes of social bandits in medieval Europe that "they lived their wild, free lives in the forest, the mountain caves, or on the wide steppes, armed with the 'rifle as tall as the man', the pair of pistols at the belt?, their tunics laced, gilded and criss-crossed by bandoleers, their moustaches bristling, conscious that fame was their reward among enemies and friends."

This description, with a word or phrase changed or modified, could fit the current bete noire of the West Bengal state government, the Maoist leader who uses the nom de plume, Kishenji. To be sure, he wears a cloth mask rather than a moustache, while, to broadcast his fame (and notoriety), he uses those very modern devices, the cell-phone and the television camera. However, the way he speaks and the manner he affects bring to mind the swagger and self-regard of the medieval social bandit. Like that character, Kishenji will be wild, and he will be free - and he thinks the police will never catch him.

Hobsbawm observes that in several countries and historical epochs (as for example, early-20th-century Mexico), bandits had joined revolutionary political struggles, "not because they understood the complexities of democratic, socialist or even anarchist theory, but because the cause of the people and the poor was self-evidently just, and the revolutionaries demonstrated their trustworthiness by unselfishness, self-sacrifice and devotion - in other words by their personal behaviour". Then, he continues, "That is why military service and jail, the places where bandits and modern revolutionaries are most likely to meet in conditions of equality and mutual trust, have seen many political conversions."

Once more, the parallels with the current crop of Naxalites are not hard to detect. What they have going for them is their lifestyle - they can live with, and more crucially, live like the poor peasant and tribal, eating the same food, wearing the same clothes, eschewing the comforts and seductions of the city. In this readiness to identify with the oppressed, they are in contrast to the bureaucrat, the politician and the police officer. And to take Hobsbawm's other point, from the late 1960s onwards, the jail has indeed been a crucial site for the transmission of Maoist ideology in India.

Historical comparisons are never exact. In some respects, the Indian Maoists are like the social bandits of early modern Europe. They too emerged in response to inequalities in society and the manifest corruptions of the State. With the government indifferent to the needs of the poor, a band of motivated individuals have come forward to identify with their interests.

Here, the parallels break down. For the Maoists seek not justice for a single individual or village, but a wholesale re-ordering of society. Their ambitions are far larger than, for example, those of the late Koose Muniswamy Veerappan, he of the bristling (and outsize) moustache. Whereas the gang of that Tamil Robin Hood operated in a single hill range, the Maoists have a network stretching across several states.

Hobsbawm wrote of the bandits he studied that "they are not activists and not ideologists or prophets from whom novel visions or plans of social and political organization are to be expected". The Maoists, on the other hand, see themselves as ideologists and even prophets, although it must be said that their vision and plan are not novel but wholly derivative. They hope that, in time, they will prevail by the force of arms over the Indian State, thus to capture power in New Delhi much as their revered hero, Mao Zedong, had captured power in Beijing 60 years ago.

This larger aim marks them out from the likes of Veerappan, as, of course, does their access to more deadly weapons such as AK47s, dynamite and land mines, not to speak of their practice of a virtual cult of violence which takes pleasure in blasting transmission lines and railway stations and beheading policemen and alleged informers. As it happens, however, the revolutionary dreams of the Maoists are a fantasy. The Indian State is far more powerful today than the Chinese State was back in the 1940s. And in spite of all its manifest faults and failures, most Indians prefer our current, multi-party democracy to a one-party state to be run by the Maoists.

For these, and other, reasons, we must withhold from them their own preferred appellation, that of "revolutionaries". They are considerably less than that, but also far more than ordinary criminals. Should we then see them as social bandits for a post-modern age, capable, like their medieval counterparts, of irritating the hell out of the government of the day, if ultimately incapable of overcoming or replacing it?

URL for this article
http://indiatogether.org/maoist-op-ed