OPINION
The knowledge economy and the knowledge society
The reasons for the decline of Indian academia are more complex than just the influence of IT, however significant that might be, writes Rajesh Kasturirangan.
25 February 2010 -

A few weeks ago, I read a newspaper article in which C N R Rao, the well known scientist, was quoted as saying that "IT has destroyed Indian science". I was not present at the talk and the newspaper article was too short to say exactly why Prof. Rao felt the way he did, but one can speculate about the various ways in which the growth of the IT sector and other similar knowledge industries such as biotechnology has lead to a decline in basic scientific research in India.

The most obvious reason is money; pay scales in IT and BT are much higher than one can aspire to in academia. The argument goes: why should a bright B. Tech. or M.Sc. student enrol in a Ph.D. programme when she can make a lot more money writing code? Not only does a fresh Infosys employee make a lot more than a fresh M.Tech. student, her pay will rise much faster in IT than in academia. A professor's pay at a government-run univerisity, even after the Sixth Pay Commission, tops out at far less than a senior executive's salary in a major industry.

Second, the social status of IT and BT jobs equal or even exceed the social status of corresponding academic positions, since they are seen as knowledge industries, which plays to the best and worst instincts of the brahminical order. As quintessential white collar professions, neither do they compel a successful entrepreneur to resort to violence and corruption, nor do they demand any physical labour. Unlike real estate or road construction, it is felt that IT workers can become rich while staying honest and sweat-free.

Assuming that the labour pool for academia and IT is roughly the same, the difference in our collective preferences biases the labour market towards IT and away from academia. Further, when the imbalance between IT and academia continues for years and even decades, a destructive loop (from academia's point of view) is created. When our best and brightest take IT jobs over academic ones for a decade or more, faculty positions in our universities and research centres are no longer filled by the best candidates.

As faculty quality goes down, so does the capacity to train top-class graduate students who, after all, are teachers in training. In response to decreasing faculty quality, even those students who would otherwise chose an academic profession, decide to join industry or go abroad for their studies. These foreign trained graduates prefer to come back to corporate India - if at all they do come back - and the downward cycle replicates itself in each generation. In other words, academia is trapped within a perfect storm created by a combination of social and economic factors.

In this socio-economic calculus, the members of our sanskritised classes (M N Srinivas' famous term for Indians who adopt brahminical ways) should prefer an IT job to an academic one. Or, to put it another way, the knowledge economy, i.e., the creation of knowledge for profit, trumps the knowledge society, i.e., the creation of knowledge for its own sake or the sake of the greater good. As I heard once, "knowledge is power, but money is even more power." Perhaps C N R Rao was alluding to this victory of capitalism over the pursuit of pure knowledge when he accused IT of having a negative influence on Indian science.

Surely, there is something correct about Prof. Rao's diagnosis; knowledge has become a commodity like any other and as a result, knowledge workers are like any other labourers, who will sell their wares to the highest bidder. One solution is to accept and even encourage the commodification of knowledge; if so, Indian universities and research centres should copy their western counterparts by becoming more and more like corporations. These centres of learning should convert themselves into engines of growth. In this logic, if we increase academic salaries and research grants to match IT paycheques we will attract good people into academia, where, in any case, it is rumoured that a certain elusive feeling called 'the quality of life' is better. 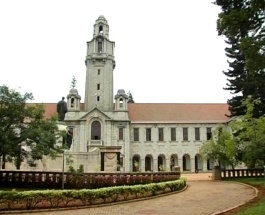 If, despite a lack of a cultural predisposition for pure knowledge, the Indian nation managed to produce high-quality academic research in the first few decades following independence, it is because we created and sustained excellent institutes of higher learning.

I think the reasons for the decline of Indian academia are more complex than just the influence of IT, however significant that might be. The socioeconomic argument that claims to explain the pro-IT bias is flawed for at least two reasons. One, the argument is based on a demographic fallacy; even if more people choose IT over academia, the labour pool as a whole is much larger. There are many more Indians in institutions of higher education now than there were fifty years ago. Therefore, even if the average academic institution (say, a college in Vijayawada) faces a shortage of skilled labour, the elite institutions have access to a much larger labour pool than they did in the fifties. These institutes are also well funded.

Yet, most major national institutions of higher learning are worse now than they were in the fifties through the seventies when India was a genuinely low resource economy. Is it that the best and brightest of 2010 are not as good as the best and brightest of 1965? Or, is the influence of IT so bad that it is sucking up even the second and third best so that our universities are left with fourth and fifth-rate people?

I also do not think India had a genuine knowledge society in the fifties, sixties and seventies that degenerated into a knowledge economy in the post-liberalization era. Many families - like my own - whose professions of choice used to be bank employee and chartered accountant thirty years ago have now expanded their aspirations to include the inevitable deluge of IT salary men and a few IT entrepreneurs. But this trend has not fully displaced science as a profession. In my reckoning, we were never a knowledge society.

As we all know, one of the favourite forms of torture that adults impose on children is to ask "what do you want to be when you grow up?" Until I was about ten, when asked this question by a relative I would say "I want to be a scientist" and be greeted with a polite response. Once I reached class eight and serious career counselling began, every time I answered the question with "I want to be a scientist" I was invariably corrected; the person asking the question would respond "you mean you want to be an engineer?" Soon I stopped saying what I felt and answered the question in a socially acceptable manner. In this anti-intellectual milieu (which, if anything, has only improved over the last three decades) the knowledge society is conspicuous only in its absence.

If, despite a lack of a cultural predisposition for pure knowledge, the Indian nation managed to produce high-quality academic research in the first few decades following independence, it is because we created and sustained excellent institutes of higher learning. The imagining of India as a free nation went hand-in-hand with the imagining of specific institutional forms for creating knowledge and sustaining our independence. We might disagree with the initial focus on atomic energy and big dams, but we have to acknowledge that behind these investments was a genuine desire to institutionalise our nation's freedom.

If our children are leaving these academic institutions for the private sector, the primary culprits are arguably these very academic institutions and their inability to move with the times. Why have certain institutions - such as the IT companies - emerged as the vehicles for our desires and aspirations? Why have other institutions declined in their attractiveness in the same period? These are questions that deserve careful scrutiny.

In my friend Anindo Saha's words, institutions occupy the mesoscale in the ladder of social categories running from individuals to entire nations. The mesoscale is sandwiched between the microscale, which is occupied by Ram and Shyam making personal choices, and the macroscale of entire industries such as IT and even larger formations such as nation-states. Ram may choose IT over IIT, but why does he do so? What are the institutional factors that guide his choice? The IT industry might appear more attractive than academia, but how has it institutionalised its attractiveness?

The mesoscale of particular institutional cultures and practices has to be given as much importance as the negative diagnosis that we started with at the macroscale, i.e., the competition between the IT industry as a whole and academia as a whole for the same labour pool. Both Infosys and the Indian Institute of Science are intermediaries between the individual making a career decision and the macro-industry (IT or academia) they choose to enter. It is in these institutions - as employees, students, faculty, stockholders etc. - that we experience the norms and values of the knowledge society and the knowledge economy.

Professor Rao's view is too simplistic. A study of institutions is central to a deeper understanding of the relative fortunes of IT and academia. This will be the focus of my next few columns.

Dr Rajesh Kasturirangan is an Associate Professor at the National Institute of Advanced Studies, in Bangalore. The author thanks Anindo Saha for turning his mind towards the importance of institutions and for spurring many of his thoughts on institutional matters.

URL for this article
http://indiatogether.org/know-op-ed