SECURITY
In Muslim India, an internal battle
The struggle to wrest back interpretations of Islam from the extremists could give security a boost, but more importantly, it could halt the marginalisation and ghettoisation of Muslims in India, writes Firdaus Ahmed.
21 September 2008 -

By now the 'common sense' on the terrorist attacks besetting India over the last six months is that these are the handiwork of a new group calling itself the Indian Mujahedeen. The group has been emboldened enough to broadcast its manifesto in the form of emails delivered to media centres and intelligence hubs prior to the attacks. It is reported that this is a hard line, breakaway faction of the banned SIMI, that has arrived at its name by dropping the first and last alphabets of the acronym of its mother organisation.

An encounter in the bylanes of a crowded locality near Jamia Millia resulting in the death of a crack Inspector from Delhi's Special Cell has established the presence of terrorist cells in minority pockets. This, and other incidents have provoked considerable soul-searching - in the government in particular, with no less than the Home Minister being on the firing line.

And there are visible signs of new intent, even if not resolve, to tackle the growing threats. Policing has received a fillip in terms of infusion of budget, equipment and ranks; a research wing has been established in the Intelligence Bureau; talk of raising a federal intelligence agency to tackle issues requiring coordination between the centre and the states is reaching a climax; and a stringent anti terror legislation, that excludes the 'draconian' portions of the earlier POTA, is in the offing. These steps in the right direction should all have been taken long ago, irrespective of the acceleration that the terrorist attacks have provided them now. Better late than never.

Amidst all this, however, something has been lost. There is now a growing chasm between the majority and minority communities in India, best evidenced by lack of credibility of the official line on blast investigations in the minority community. The minority view, anecdotally accessed and carried in the Urdu press, is that there is more to the blasts than meets the eye, that they may have engineered by those who would like to entrench an enmity between majority and minority India. The issues being raised by the equally incredulous liberal minded human rights community also provide some fuel for this perception. 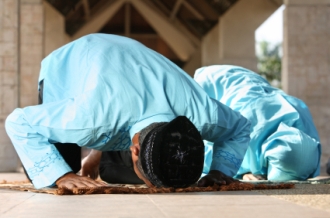 The changes that the blasts have wrought is that while earlier minority security problems were local, today this has an all-India character.

•  Inventing a controversy
•  The worst act

It is certainly possible that the community is in denial; still, for the first time there is a pan Indian perception of a minority under threat. Investigations by security agencies are taking a toll on community life in Andhra Pradesh and Karnataka in the south; Gujarat and Rajasthan in the west; Indore in central India; and UP, in Azamgarh in particular, in the north. More importantly this time round the intelligence net has been cast wider to include upwardly mobile professionals such as computer technicians and even doctors. Even those attempting to escape into the ranks of the respectable middle class are now in the line-up. There was even a media report on recent converts being investigated for any connection with terrorist activity. And sources of funds for charitable activity - a religion ordained requirement of Muslims - are under the scanner.

The overall result of such well publicised events and the follow-up is a heightened perception of threat, accentuated by the rise in unbridled majoritarianism - as witnessed in attacks on Christian minorities in Karnataka and Orissa. In its mildest form, but most illustrative, this perception is found in the public complaint by the actor Shabana Azmi, about not being able to purchase a flat on account of her being Muslim, and perhaps, on that account, a beef-eater.

The changes that the blasts have wrought is that while earlier minority security problems were local, today this has an all-India character. There is however no all-India minority representative organisation. This is all for the good; the community and the nation having been let down thoroughly once earlier by the Muslim League with such pretensions. If the terrorist vanguard in the form of SIMI and the IM or the underworld led by D Company is allowed to fill this vacuum in their self projection as saviours, then it would be a national calamity. The onus therefore is on the state and mainstream parties, particularly those manifestly and self-professedly secular, to ensure ventilation of grievances and redress.

The state is rightly disarming the terror cells that falsely claim to protect minorities, but it would do well to also reassert its monopoly over force by equally expeditiously neutralising saffronite extremist groups that now feel emboldened by the growing chasm between the communities. Not coincidentally, the agenda for the forthcoming elections has already been set by the blasts, and the cudgel has been taken up by Hindu nationalist parties in earnest, with Narendra Modi as the flag bearer for the stern-faced L K Advani. Right thinking parties need to take on the right wing, and put the real issues before the masses at the voting booth.

The minority community, for its part, must foster a positive outcome out of all this. Withdrawal is not the answer. An intra-community dialogue needs to be continued, to wrest back the concept of Jihad, usurped by the extremists, to read 'ethical conduct', and not 'holy war'. This is an effort that has already begun with the fatwa from Deoband and the gathering of Muslim clergy in Delhi on the issue early this year. Since the militant posture adopted by the militants in the ranks is largely projected as saving the community's honour, the concept of quam ki izzat needs to be redefined to read excelling in all fields of endeavour as had been the requirement of the Holy Prophet in his urging that his followers outdo others in good deeds.

The outcome of this internal battle will determine the level and energy of external support in the form of state intervention, and would also preserve the community from manipulation by political parties. This would also counteract the ghettoisation and marginalisation being forced on it by Hindu extremist groups.

The international climate is also grim, marked by the Global War on Terror going awry. In the sub-continent, this has potential to set free parochial winds manipulated by global interests. In the deepening psychological Partition underway, India has a vulnerability it cannot see exposed. Thus far the linkages made in strategic commentary between Islamism abroad and the Indian minority predicament could easily be shot down as contrived, since no Muslim Indian fought alongside the Taliban or was on Al Qaeda database. Nor did any non-Kashmiri Muslim Indian join the Kashmiri insurgency. If India's problems and their resolution were to converge with that of the global one, this would only benefit the global players on both sides of the conflict and their covert allies within the polity; but will be to India's detriment.

A sense of urgency is thus needed, in all actions by all quarters. The minority community needs to acquire agency by reasserting 'religion as faith', and not 'religion as identity'. It could, in doing so, strengthen the hands of the state and the liberal political segment in grappling with the larger internal demon by far - majority extremism.

URL for this article
http://indiatogether.org/intra-op-ed