INDIAN SEED CONGRESS 2015
For the love of the seed industry
It was a Valentine’s Day vow with a difference. The bond between the private seed industry and the public agricultural sector received a fillip at the recently concluded Indian Seed Congress in Agra over the weekend, reports Shalini Bhutani.
17 February 2015 -

POTUS and the missus could not make it to the city of love last month, but there is another couple that renewed its vows in Agra this Valentine’s Day. The alliance is that of the large private seed industry and the public agricultural sector in India.

The National Seed Association of India (NSAI) hosted its annual event, the (sixth) Indian Seed Congress (ISC) through 13-14 February 2015 at Jaypee Palace Hotel in Agra. The theme for the Technical Programme was ‘Love for Agriculture.’

The mega seed industry envisages the ‘coming closer’ to the public sector as a natural partnership. For the seed companies, the symbiotic linkage means that the national agricultural research institutes (NARIs) would do the basic research, which can then be used by the organised private sector to develop commercial products and services that it can market and sell. 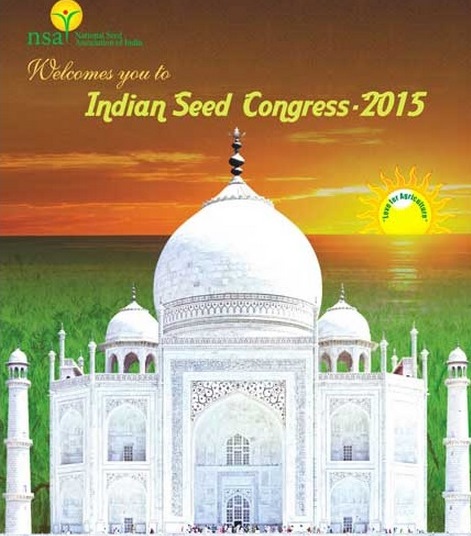 The NSAI is an industry collective comprised of the private seed companies and public seed corporations in the country. It has more than 250 seed enterprises as members. M Prabhakara Rao of Nuziveedu Seeds Pvt Ltd is the current President of NSAI, which is headquartered in New Delhi.

The annual subscription charges for the ordinary member is determined in six slabs ranging from Rs 12,000 to Rs 4,80,000, depending on turnover. Membership for the public sector comes at the lowest annual fee of Rs 12,000.

The NSAI is also a member of the Asia Pacific Seed Association (APSA). APSA was set up in 1994 with support from the Food and Agriculture Organisation (FAO). At a regional level, APSA today is the largest seed association in the world. 79 percent of its members are seed businesses, but it is keen to get more public sector officials from the region involved in it. Dr NK Dadlani, a graduate of the Indian Agricultural Research Institute, ex-Director of Horticulture in the Indian Ministry of Agriculture and previously Director of NSAI (2010-2014) is now the Director of Technical Affairs at the APSA Secretariat.

For purposes of relationship-building, APSA also organises the Asian Seed Congress. This year the event will be held in November in Goa, India. APSA also acts as the ambassador for the Asia-Pacific seed industry at global seed events such as the World Seed Congress organised by the International Seed Federation (ISF), which is being held in May this year in Krakow, Poland.

The economic policies of the Government of India already allow for 100 percent foreign-owned companies to be set up through the automatic route of RBI in horticulture, floriculture and the development of seeds. In other words, these activities do not attract an equity cap on FDI. So seed companies neither need prior approval from the Government nor from the RBI.

This also makes India a more favourable destination than China though there are many other legal and policy changes that the organised seed industry is still lobbying for.

Industry-friendly amendments to India’s existing Seed Act of 1966 have been fiercely opposed by civil society through the last decade. The ISC gives the seed industry a platform to closely interact with and influence relevant policy makers and opinion makers in the NARIs.

In the Technical Programme of the Congress, there was a specific session on ‘Policy and Legislations: Impact on Seed Industry.’ Therein, senior executives from different seed companies presented their points of view.

Among others, Dhiraj Pant, Director - India Regulatory Affairs of the US MNC Monsanto, was listed to speak on ‘Creating an enabling policy environment for Indian Agri-Biotech industry.’ However, India’s experience with transgenic crops, since Monsanto’s Bt cotton was approved for commercial production in 2002, has raised concerns over the inadequacies in biosafety policies and practice in the country. Moreover, there are legitimate public concerns about the socio-economic impacts on small farm agriculture from biotech seeds.

The ISC also had a session on Intellectual Property Rights (IPR) on Day Two of the Congress. Usha Barwale, Director of Mahyco Seeds, was tasked to make a presentation on IPR and the seed industry. At a time when the Government of India is drafting a national IPR policy, the NSAI’s ‘ideal choice’ for protection of their plant breeders’ rights would be through an IPR system for plant varieties. 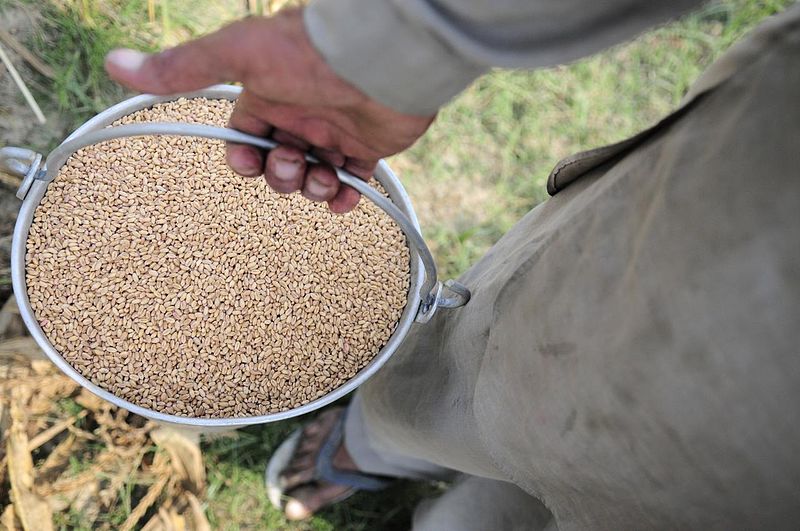 According to the NSAI’s position paper on the issue, having no limits on farm-saved seed (FSS) makes the breeder’s IP protection ineffective. FSS is competition to the seed companies as unfettered farmers’ seed freedoms eat into the industry’s potential earnings through royalty collections.

The new constitution adopted by APSA members in November 2014 also seeks to (p)romote the establishment and protection of intellectual property rights for seeds, plant varieties and associated technologies.

ISC 2015 was the first edition of the event since the Modi government assumed power at the Centre. ISC 2014 was held last February in Gandhinagar, Gujarat, projected as part of the ‘Vibrant Gujarat’ event.

The chief guest at the 2015 Congress was the Union Minister of Agriculture, Radha Mohan Singh. While two ministers of state, namely R Katheria (HRD) and Y S Choudhary (Science & Technology) were invited to be the guests of honour, several other top-ranking government officials as well as senior scientists from ICAR and other Indian NARIs also participated.

In general, the present government has come across as being pro-industry in several sectors. The BJP Election Manifesto 2014 had attempted to balance different interests by promising the introduction of latest technologies and high yielding seeds, while committing itself to set up state and regional level seed laboratories to conserve agro-biodiversity and ‘preserve rare indigenous varieties’.

The manifesto had clearly stated that genetically modified (GM) foods will not be allowed sans long term scientific evaluation and impact assessment. Therefore, media reports that the Agriculture Minister had spoken in support of GM crops on the opening day did create a stir.

A press Release by the Ministry of Agriculture had also stated that the Government would support PPP initiatives in the seed sector. But a day after the ISC, the ministry reportedly issued a clarification that the Minister had supported high quality seeds, and had not advocated GM crops.

If the love of the seed industry for the public sector is whole-heartedly reciprocated, it could have major ramifications for emerging policies in this area. There are several citizens’ groups across India seeking policy support for local farmer-developed seeds and community seed systems. Such systems would make quality verifiable locally, rather than impose industry standards through a state bureaucracy.

Such polycentric seed systems would not only support crop diversity, but also be more adaptable to the climate crisis while providing for adaptive governance. However, if the official love affair with seeds from industry continues, it is questionable whether small farmers can hope for any kind of friendship or empathy from the state.

URL for this article
http://indiatogether.org/indian-seed-congress-2015-agricultural-alliance-between-industry-and-public-sector-agriculture