NATIONAL SECURITY
Politicisation and the Indian military
While agreeing with General S Padmanabhan who says in his recent book that "politicisation of the military is a self defeating exercise in a democracy," it is difficult to concede that "greed for fish and loaves of office" is how the politician would corrupt the military establishment and wrench it from its apolitical moorings, writes Firdaus Ahmed.
17 April 2006 - 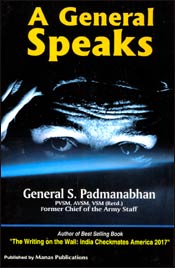 URL for this article
http://indiatogether.org/genspeak-op-ed