INDIA GROWS AT NIGHT?
How strong is society, really?
Gurcharan Das's new book is bound to ride the recent wave of writing by Indians about Indians. The evidence for the core premise of the book, however, is thin. R Rajagopalan reviews India Grows at Night.
12 December 2012 - 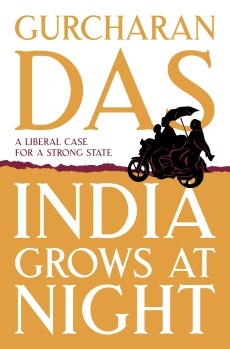 URL for this article
http://indiatogether.org/das-reviews