A burdensome livelihood
Varupi Jain investigates the lives of these hard labourers at New Delhi Railway Station, and finds a constant struggle for livelihood.
01 February 2004 - 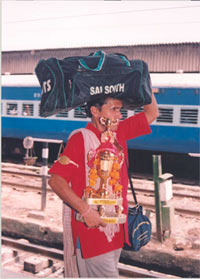 URL for this article
http://indiatogether.org/coolies-economy