HISTORY
Missing chapter in history of universal schooling
The centenary of admitting Dalit children into public schools in Kerala is an opportunity to remember Ayyankali, whose leadership of the movement isn't part of mainstream history. A proper retelling of this history is now the responsibility of a new generation of historians, writes N P Chekkutty.
25 February 2008 -

The Ayyankali Pada (Fighters of Ayyankali) is a left-wing extremist group, that takes its name from the legendary Dalit leader from Venganur in Travancore, who came to eminence in the Malayalee public sphere in the first few decades of the 20th century. He was the leader of a band of Dalit youths - the original Ayyankali Pada - and he was also the first Dalit member in the Travancore Praja Sabha, the Maharajah's nominated Assembly.

Ayyankali's opposition to the entrenched hierarchy of his society began when he took on the powerful upper caste elite in his village, who forcibly prevented Dalit children from entering the local school. Paradoxically, the Ayyankali Pada recently stopped a European woman scholar and her Dalit associate from conducting an academic research work among the tribals in Iritty in north Kerala. Meanwhile the Congress leader Sonia Gandhi (in Kerala, her party is in opposition to the Left) inaugurated the centenary celebrations of his historic struggle for the right to education to Dalit children.

Why does Ayyankali remain such a powerful symbol, for forces as inimical to each other as left extremists and the Congress party? Perhaps because he represented two very different trends: He was a fighter and an anarchist revolutionary, but additionally he was also a social reformer and institution builder who made use of the established pillars of society for seeking the right to education and social equality for his brethren who were severely ostracised in our society for many centuries.

This year marks the centenary of the year-long strike of agricultural workers that he had organised in various parts of Travancore in the early years of the last century. The actual dates of the Pulaya farm-hands' strike in the princely state, however, are disputed - with some believing it took place in 1907-08 and others suggesting it occurred earlier in 1904-05, when the Travancore Dewan first permitted Dalits to enter public schools amidst stiff resistance. 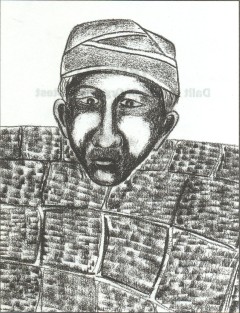 Such uncertainty is typical of mainstream records of history, which tend to devote very little attention to subaltern developments. Even E M S Namboodiripad, the veteran Marxist chief minister of Kerala who wrote a people's history of the land of Malayalees, had very little to say about Ayyankali and his band of Dalit fighters, acknowledging that he knew little about those developments. Thus, even a century after the struggles, Ayyankali remains a figure whose contributions are not properly studied or understood by the mainstream school of historians.

Even the liberals in his own time, like the famous editor Swadeshabhimani Ramakrishna Pillai, who was deported from Travancore for his critical writings against the dewan, failed to properly appreciate his effort to get Pulaya children into public schools. This is how Ramakrishna Pillai looked at the Pulaya demand for common education: "We don't find any reason to support those who demand complete equality in customs and manners and on that basis seek admission to schools without taking into account the respective caste merits. To provide admission to those from castes cultivating land on a par with those castes cultivating knowledge is worse than tying a horse and a buffalo under the same yoke to make them plough ..."

Ramakrishna Pillai was a man who was familiar with liberal and even Communist ideas in those days preceding the Russian Revolution. In fact he was one of the first Indian journalists to write on the life of Karl Marx, in his 1912 monograph on Marx which appeared in Malayalam. But neither they nor any of the recent historians of the Indian left movement who traced the origins of working class agitation in India, give any reference to the historic agricultural workers strike that Ayyankali launched in 1907-08, almost a decade ahead of the Russian Revolution. Nor do they ever mention about those frail and weather beaten farm-hands like Thaivilakkathu Kali and Moolayil Kali, Pulaya women who were in the leadership of the SJPS who led the historic agitation to a successful conclusion a century ago.

The difficult task of reconstructing Ayyankali and the Dalit struggles he led a century ago, is now left to a new generation of historians. This is no easy task. Ayyankali and his comrades had no initiation to the world of letters and the media of their times had largely ignored them. What we have today is largely the negative references in some publications of those days and the anecdotes in oral history passed through generations.

But the main facts remain largely uncontested: The Travancore rulers had issued orders permitting Dalits and other outcasts into the schools run by the government following severe public pressure. But the upper castes were firmly opposed to this and they used violence to stop lower-caste children from entering schools. That led to violent confrontations between these two forces. Such confrontations had been reported on a number of occasions, mainly during 1904-05, 1907-08 and 1913-14, according to historians like Dr M S Jayaprakash and T H P Chentharassery, biographer of Ayyankali.

Even the liberals in his own time failed to properly appreciate Ayyankali\'s efforts to get Pulaya children into public schools.

•  The next frontier in education
•  Lapsing into illiteracy

It was then Ayyankali launched a school in his village, Venganur, for Pulaya children. His task was daunting. He knew no reading and writing and so had to find a teacher for the school. No teacher was available as the upper castes threatened anyone willing to take up the job. Finally, Ayyankali succeeded in persuading a Nair youth to work in his school, but as the teacher entered the school with his Dalit bodyguards, he found the place burnt down.

It was in 1907 that Ayyankali and his friends launched the Sadhu Jana Paripalana Sangham (SJPS) on the lines of the Sree Narayana Dharma ParipalanaYogam (SNDP) started by the followers of Sree Narayana Guru, among the more progressive Ezhavas of south Kerala. The SJPS primarily worked among the Pulayas and its activities spread soon in most parts of south Kerala. The SJPS demanded that the Pulayas who worked in farms be given a weekly off day and all the members were advised to meet every Sunday to discuss their common problems.

The SJPS gave Ayyankali a powerful forum to address the Dalit question in Travancore: In 1910, as Dewan P Rajagopalachari and the director of the education department, an Englishman named Mitchel, issued orders permitting Dalit admission to schools, Ayyankali went to the Uruttambalam school in Balaramapuram seeking admission for Panchami, a Pulaya girl. The headmaster refused, and that set of a series of clashes between Nairs and Pulayas in various parts of Travancore. According to one set of historians, it was then Ayyankali called for the farm workers strike that lasted almost one year, forcing the land owners to sue for a negotiated settlement.

These efforts did have a positive impact on the education of Pulayas and other Dalit groups in Travancore. According to the census figures in 1875, among the 188,916 Pulayas in the state only 183 had been marked as literate. But between 1913 and 1916, there is a five-fold increase in the Pulaya enrollment to schools. According to figures published in Mitavadi, a local newspaper, the admission of Pulaya children to school was only 2.01 per cent in 1913. But it had risen to 10.91 per cent by 1916.

They were still considerably behind the Nairs, 99.50 per cent of whose children were in schools, and also behind the Ezhavas (45.43 per cent enrolment) but with the rising admission of Pulaya children into schools, Kerala had begun to take the first tentative steps towards the near-total literacy it would achieve at the end of the 20th century.

N P Chekkutty, a senior journalist in Kerala, is the author of Muhammed Abdurahman, a biography of the freedom fighter, published by National Book Trust-India, New Delhi.

URL for this article
http://indiatogether.org/ayyankali-education