REAL ESTATE REGULATION BILL
Commercial real estate set to be brought under new law
While a list of approved amendments to the proposed law on regulation of real estate is yet to be made public, it is now clear that the Bill will apply to commercial projects as well. Here is a round-up of the recent developments, from PRS Legislative Research.
09 April 2015 -

On 7 April 2015, the Union Cabinet approved amendments to the Real Estate (Regulation and Development) Bill, 2013. According to a release from the Press Information Bureau, the recommendations of the Standing Committee of Parliament on Urban Development and suggestions of various stakeholders (consumer organisations, industry associations, academia, experts etc.) have also been included after extensive consultations.

The current status of the Bill

The Bill was introduced in the Rajya Sabha in August 2013. It was then referred to the Parliamentary Standing Committee on Urban Development, which submitted its report in February 2014. The Bill has not been discussed in Parliament as yet, and is currently pending in Rajya Sabha. 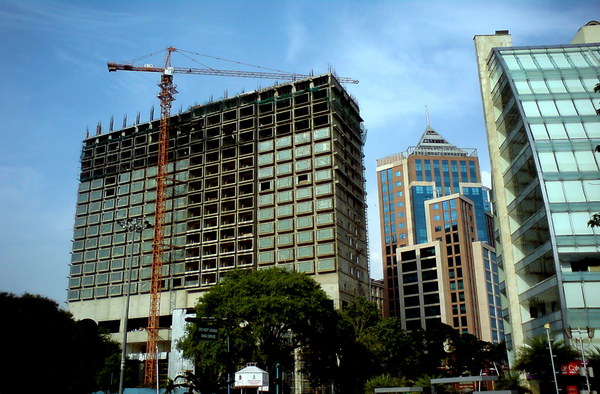 Key features of the Bill

Residential real estate projects, with some exceptions, need to be registered with RERAs, and their details must be uploaded on the website of the RERA. This implies that promoters cannot book or offer these projects for sale without registering them with RERAs.

The Bill outlines the duties of promoters, buyers, and real estate agents. For example, the Bill requires that promoters keep 70 percent of the amount collected from buyers for a project, in a separate bank account. This amount must only be used for construction of that project.

The state government, however, can alter this amount to less than 70 percent. The Bill also provides for penalties for the breach of certain provisions in the legislation.

To understand some of the key issues of contention in the original Bill, one must note the following:

(ii) Commercial real estate has not been included within the ambit of the Bill;

(iii) Certain smaller-sized projects have not been covered under the Bill; and

(iv) 70 percent of the amount collected from buyers is required to be kept in an escrow account.

To elaborate, certain states such as West Bengal and Maharashtra have already enacted laws to regulate real estate. So, any central law on real estate that is subsequently enacted will override the provisions of state laws if they are inconsistent with the central law.

Thirdly, registration with RERAs is not required for projects that: (i) cover less than 1000 square metres, or (ii) entail the construction of less than 12 apartments or (iii) entail renovation/repair/re-development without re-allotment or marketing of the project.

The Standing Committee has pointed out that the exclusion of projects, smaller than 1,000 square meters or 12 apartments, from the purview of RERAs could lead to the exclusion of a number of small housing projects. Instead, it has suggested that only projects that are smaller than 100 square meters or three apartments need not register with the RERA.

Among other things, the Standing Committee also suggested that all real estate agents be registered with RERAs and that a new provision be inserted to allow RERAs to give directions to state governments to establish a single window system for providing clearances for projects.  Additionally, a time limit should be specified for state and local authorities to issue completion certificates for projects.

Changes to the Bill approved by Cabinet

A comprehensive list of amendments is not in the public domain yet. However, a press release of the government, published by the Press Information Bureau, indicates the following changes have been made.

(ii) The amount to be compulsorily kept in an escrow account has been reduced from 70 percent of the amount collected from buyers to 50 percent. This could even be a lesser percentage as notified by the appropriate government.

Extensive parts of this article have been republished from the blog of PRS Legislative Research. For more information, please see the PRS Legislative Brief on the Bill, available here. You can also watch a PRS video on the Bill here.

URL for this article
http://indiatogether.org/amendments-to-real-estate-regulation-bill-2013-laws