MONEY POWER IN ELECTIONS
Cash inside pens and gift cards: Challenges before the Election Commission

There is a lot that happens in the background to make sure that every Indian election - like the just concluded Bihar assembly election - is conducted fairly, freely and peacefully. Smarak Swain, who was on election duty in Bihar reports on the challenges faced by the Election Commission of India and how it is overcoming them effectively.

The intense political rhetoric in the run up to any significant election in the country, bordering on rabble rousing in many cases, often obscures the real processes and systems that actually facilitate these mammoth democratic exercises.

Assembly elections in Bihar have been no different. And so while public focus has expectedly concentrated itself on the parties and the issues they have raked, not many know of the efforts made to curb the play of money power in the campaigning phase.

In a first, the Election Commission of India (ECI) made a list of suspected Hawala operators during the Bihar elections, and kept them under surveillance through the income tax department.  Expecting huge cash flow during the elections, tax authorities were asked to keep a strict vigil. More than Rs 40 crore had been seized by the ECI till 20 October.

Money menace and the challenge before the ECI

The detection of money and gifts used to bribe voters in elections has increased manifold in the last few decades. The very nature and process of election campaigning has changed over this period.

Earlier, election campaigning was a grand affair, where candidates competed with each other in indulging the public with grand events, presents, and feasts. In stark contrast, elections today are a sober affair, thanks largely to the efforts of the ECI in ensuring a free and fair environment for voting. Many candidates can be found ruing that the ECI has sucked the ‘fun’ out of elections.

Hawala now has become a natural choice for movement of cash across state borders during elections. This is because various agencies maintain surveillance and checks at various entry points. As part of the Election Expenditure Monitoring (EEM) system, the ECI closely monitors bank transactions. Hence, the only way to move funds for illicit expenses is by physical movement of cash. 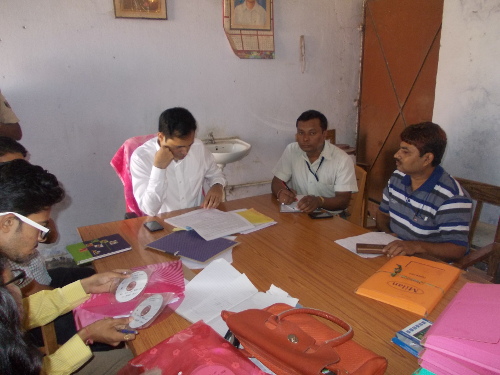 Physical movement of cash during elections too has become increasingly challenged due to surveillance by various agencies. The income tax department runs an Air Intelligence Unit (AIU) in airports during the entire period of elections. The police department checks all vehicular movement at borders, and the railway police conducts checks in stations.

Hence, hawala has become a preferred means of bringing funds into a state capital. There is no actual physical movement of cash in a hawala transaction. The subject trying to bring cash into the state pays funds to a hawaladar elsewhere. This hawaladar’s accomplice inside the state (usually a businessman with large cash-in-hand) delivers the cash locally.

The hawaladar and his accomplice will settle their accounts after the elections. Once cash is in the state capital, or any other city in the state, it has to be moved to rural areas. To avoid Static Surveillance Teams (SST) and police squads, cash is often moved fraudulently in ambulances and vehicles fitted with beacons.

To combat such practices, and to quickly put restraints on the use of money power during elections, the ECI is actively contemplating a new modus operandi that will enable them to go after it pugnaciously. 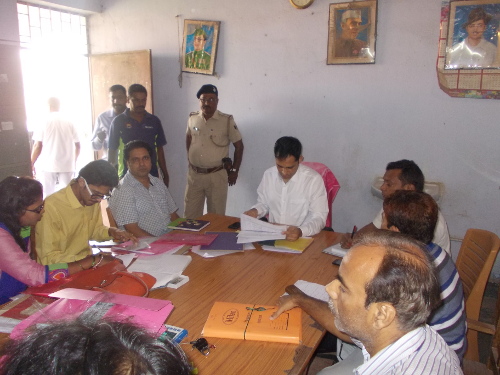 Any violation of this attracts penal action under the Representation of People Act, 1951.

The ECI establishes Video Surveillance Teams (VST), Static Surveillance Teams (SST), and Flying Squads to check on actual expenditure. VSTs report to EEM on actual expenditures made during rallies. SSTs establish random checkpoints and report to EEM on any gifts, cash, or liquor found. Flying squads respond to complaints of bribery and undisclosed activities of political parties. Each flying squad has a videographer who reports to EEM on such activities.

The EEM team maintains a ‘shadow register’ in which all reported expenditures are entered. The candidate is served a show-cause for major expenses in the shadow register that are not reflected in candidate’s accounts. 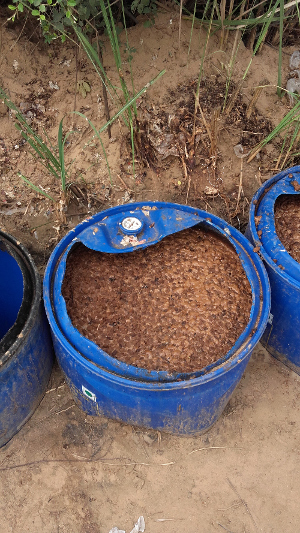 18 barrels of semi-brewed liquor were found in Maner constituency on October 22 based on intelligence and destroyed by the flying squad and local police. Pic Source: Smarak Swain

The EEM system we find today has been fine-tuned by ECI over the years. An instrumental role in this process was played by PK Dash, the DG (Expenditure) in ECI till recently. A workaholic with immense energy, Dash stayed in direct touch with all nodal officers and observers, and entertained phone calls in the middle of the night. He took regular feedback from the field and plugged loopholes in the system. Owing to this, several high value seizures have materialised in most elections.

In the Karnataka elections in 2013, for instance, the election observers’ phone numbers were publicised and people were encouraged to report illicit cash and liquor to the observers. Many liquor seizures were made based on information received from the public. One such information on a candidate, former minister A Krishnappa, was picked up by the income tax department and acted upon. It found cash of Rs. 2.6 crore and jewellery worth Rs. 1.88 crore in his possession.

Some intelligence collected by observers was insider-information that would not otherwise be available. In the same election, a credible source revealed huge payments by politicians to an astrologer to predict the outcome of the election and to suggest an auspicious time for filing nominations. Although not directly related to bribery, this information was passed on to the income tax department, which found significant unaccounted for cash in the astrologer’s possession.

A system always has leakages. The very fact that so many high-value seizures are being made alludes to the continuing reality of money power in elections. With ECI tightening the noose, candidates have come up with innovative approaches to entice voters with bribes. For instance, a candidate openly distributed pens to voters in a locality. Each pen carried the candidate’s election symbol and name on it, and the candidate had reported the pens to the returning officer. Later, there were rumours (not officially reported) that he had rolled five hundred rupee notes inside each pen.

Another interesting modus operandi is the use of ‘gift cards’, which was rumoured to have been used in Bangalore city in 2013. Gift cards are akin to bank debit cards but can be loaded with a maximum of Rs. 50,000. The idea is to get empty gift cards from a bank branch based outside the state and distribute it among mohalla leaders just before the campaign starts. Then the candidate and mohalla leader negotiate on the amount per vote. Money is transferred to the gift card just before the elections.

It is not that such modus operandi cannot be exposed. If this method is used clandestinely, the bank’s anti-money laundering (AML) cell will be alarmed, which will in turn alert the Financial Intelligence Unit (FIU) in Delhi. Also, this method can be used only to transfer high-value bribes.

It is said that where there is smoke, there must be a fire. Rumours generally have some element of truth. But one interesting conclusion from such rumours is that bribery for votes is now possible only when there is a willing bribe-giver and a willing vote-seller.

Candidates can no longer solicit votes based on the allure of bribes. For having come this far, ECI must be commended.

Smarak Swain is an officer of the Indian Revenue Service (IRS) and has worked as an expenditure observer during Bangalore and Delhi assembly elections. These are his personal views.

URL for this article
http://indiatogether.org/challenges-before-the-election-commission-government