ATTACKS ON RTI ACTIVISTS
Does the government really want to protect whistleblowers?
Around 40 RTI activists in the country have been killed in recent years, several of them after the passage of the Whistleblowers Protection Act. Satarupa Sen Bhattacharya explores why the latter law has been unable to achieve its stated objective.

On 1 February 2015, a leading Odiya daily reported the murder of 40-year-old Krupasindhu Sahu, a farmer from Nachhinga village in Cuttack district of Odisha.

Media reports and an independent fact-finding report from a four-member team of human rights activists suggested that information obtained by Sahu in response to an RTI application had exposed large scale corruption and misappropriation of BGREI funds (sanctioned for development of agriculture) by influential and powerful political people belonging to the ruling Biju Janata Dal. An NGO appointed to monitor the project was implicated as well.

As Sahu approached the higher authorities with the incriminating information he had obtained, he was first threatened and eventually murdered by contract killers, allegedly hired by the beneficiaries of the scam. The pre-meditated cold-blooded killing was said to have been executed in full knowledge of the Inspector-in-Charge of the block police station (who has since been directed to go on leave as investigations into the crime are carried out). 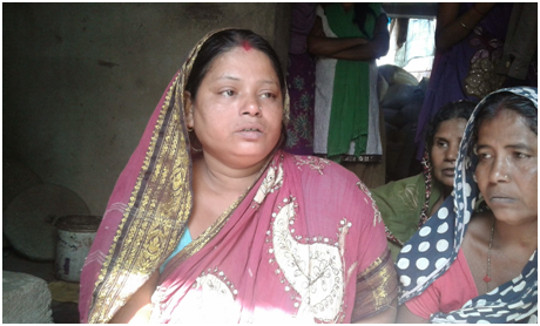 Sahu’s killing comes close on the heels of the murder of yet another RTI activist from Odisha, Ganesh Chandra Panda, a resident of Randha village on the outskirts of Behrampur. Panda had filed several applications seeking information about different developmental works taken up in his panchayat area, a move that irked contractors in the region. On 29 December 2014, as he was out for a morning walk, he was attacked and killed by unidentified armed miscreants.

Sahu and Panda are the most recent additions to a long list of about 40 RTI activists in India who have been killed for seeking transparency and accountability of public authorities.

While the vulnerability of such citizen-investigators to attacks, physical and otherwise, from vested interests has been historically high, what is deeply disturbing is that precious little has changed even after the much-awaited passage of the Whistleblowers Protection Act (WBPA) by Parliament in February 2014.

The passage of the WBPA had been hailed as a positive first step towards enabling greater exposure and consequent crackdown on corruption. But two months later, in April 2014, 70-year-old RTI activist Mangat Tyagi was murdered in Hapur district of Uttar Pradesh, allegedly for exposing corruption in public works about which he had gathered substantial information through a host of applications under the RTI Act. Yet another RTI activist Sanjay Tyagi was shot dead in Meerut in May 2014, following which a case of murder against unknown persons was registered.

A law without implementation

The WBPA, which received Presidential assent on 9 May 2014 and was notified in the Gazette of India on 12 May, seeks to establish a mechanism “to receive complaints relating to disclosure on any allegation of corruption or wilful misuse of power or wilful misuse of discretion against any public servant, and to inquire or cause an inquiry into such disclosure.”

It also aims to provide adequate safeguards against victimisation of the person making such complaints.

Under the law, any person or organisation can make a ‘public interest disclosure’ on corruption before a ‘competent authority’. The latter, in its turn, may call for further information or particulars from the complainant.

What is noteworthy here is the fact that while ‘whistleblower’ globally and traditionally refers to a person or official operating within an organisation or system and exposing corruption or wrongdoing therein, the  Whistleblowers Protection Act 2011 increases the scope of the term to include anyone (or any organisation) that raises an alarm or files a complaint against any public servant.

It was, therefore, widely expected that this will create a safety net for individuals who may have unearthed information about illegal or unethical conduct by public servants using processes laid down in legislations such as the Right to Information Act, 2005. For that to happen, however, it was particularly important to have a clear articulation of rules and mechanisms, as well as guidelines for such complainants that would make the ‘protection’ in the Whistleblowers Protection Act feasible and effective.

Sadly, almost a year from the time that the Bill was passed in Parliament, the Central Government has failed to frame any rules which pertain to important procedural and substantive issues not covered by the provisions of the Act itself.

How does a Ganesh Chandra Panda or a Krupasindhu Sahu, in possession of sensitive information regarding illegal or corrupt action by public servants, make a ‘disclosure’ with the competent authority that makes them eligible for protection under the law? How do they even know who the ‘competent authority’ is?

What kind of assistance can a poor farmer or an ordinary villager access in terms of filing a complaint or seeking protection?

How can it be ensured that the information shared by them is indeed secure?

Procrastination on framing of rules

In August 2014, the National Campaign for People’s Right to information (NCPRI) wrote two letters – one to the Prime Minister, Narendra Modi, and another to the Minister of State at the Ministry of Personnel, Public Grievances and Pensions, Dr.Jitendra Singh -- demanding that the government immediately promulgate rules for the enactment of the law.

The letters were accompanied by a copy of the NCPRI-drafted model rules for the Act which specify all procedural and systemic details, including the time frame and manner of inquiry, the actions to be taken and even the form of the consolidated annual report to be prepared and published by every competent authority. The draft also includes a suggested notification for specifying additional competent authorities.

Venkatesh Nayak, Coordinator, Commonwealth Human Rights Initiative and Co-Convenor, National Campaign for People's Right to Information explained to India Together, "Making the CVC or the SVC the only competent authorities for inquiring into all Whistleblower complaints will create more problems instead of solving them. While such bodies have the capacity to inquire into complaints of corruption or misuse of power and discretion by public servants, they are not ideally placed to inquire into complaints about other criminal offences that whistleblowers can make under the WBP Act.”

Nayak feels that such matters must be dealt with by other expert bodies such as the human rights commissions or other sector specific regulatory bodies such as women's commissions, or SC and ST Commissions. Saddling the CVC and SVC with the task of inquiring into all such complaints can result in unsatisfactory resolution of the problems raised by whistleblowers.

Importantly, the correspondence from the NCPRI also pointed to the fact that well after the whistleblowers law had been notified, parliamentarians were still referring to older resolutions and provisions in response to questions on whistleblower safety, resolutions that in fact stood repealed by the provisions of the Whistleblowers Protection Act. This pointed to the evident ignorance about the very crucial piece of legislation and the lack of urgency in its implementation.

The NCPRI has also been deliberating upon a systematic set of guidelines and best practices for whistleblowers and other individuals who use the RTI and have either received threats or faced some sort of victimisation. These would serve to provide direction when one wants to file a complaint against any public servant under the 2011 Act or seek protection and redress in cases of victimisation.

It would also provide guidance on the best ways to mobilise public opinion and conduct independent fact-finding missions in grievous cases of victimisation, such as the ones reported recently.

However, far from responding constructively on the proposed operationalisation of the Act, the Central Government is reportedly attempting to amend the WBPA on the grounds that the legislation does not adequately safeguard national security.

On 10 December 2014, in response to a question raised in the Lok Sabha, the Minister of State Dr Jitendra Singh replied, “As the Bill was taken up on the last day of the last Session of the 15th Lok Sabha, the official amendments to the Bill (aimed at safeguarding against disclosures affecting sovereignty and integrity of India, security of State, etc.) were not moved. The proposed amendments are of crucial nature and, therefore, the Act can be brought into force only after necessary amendments are carried out. Rules under the Act can be notified only after the Act is brought into force.”

Attempts by activists to unearth the details of the amendment proposal through an RTI query have not met with any success, with the Department of Personnel and Training (DoPT) refusing to part with information on the grounds that the file is with "higher authorities".

Dr Singh also suggested that reports of killings of RTI activists, though widely reported by media, were unverifiable: “In so far as complainants/whistle blowers under the Public Interest Disclosure and Protection of Informers Resolution (PIDPIR) are concerned, the Central Vigilance Commission (CVC) has informed that, as the designated authority under the PIDPI Resolution, it has not come across any incident of killing/attack of the complainant since April, 2014.”

Is the government bothered at all?

Though not directly related to the issue of protection for RTI activists in the face of physical or other threats, it should also be remembered in this context that the top post at the Central Information Commission has been lying vacant since the last Chief Information Commissioner (CIC) retired on 23 August last year.

The Centre has attracted a fair share of criticism for its lackadaisical attitude towards filling this post. It invited fresh applications for the post only around the end of October and the last date for applications was 24 November 2014.

However, despite the 200 plus applications that have come in since, there seems to have been little concerted effort to fill the post. Meanwhile reports such as this say that more than 36000 RTI queries (including both appeals and complaints) are pending as of January 2015.

Some reports also foresee more obstacles to the smooth functioning of the Commission following instructions from the DoPT to either let go of its outsourced staff, which constitutes nearly 60 per cent of sanctioned strength, or cut their pay to minimum rates laid down by it. As pointed out by RTI activist Commodore (retd.) Lokesh Batra, such reports are sending out signals to the people that the government is not serious about upholding transparency and the people’s right to information in the first place.

Whether there has been a deliberate short-changing of transparency or not, all these developments along with the stated intent of amending the Whistleblower’s Protection Act certainly do not appear to augur well for RTI activists in the days to come.

The author is Associate Editor, India Together.

URL for this article
http://indiatogether.org/attacks-on-rti-activists-and-whistleblowers-protection-law-laws